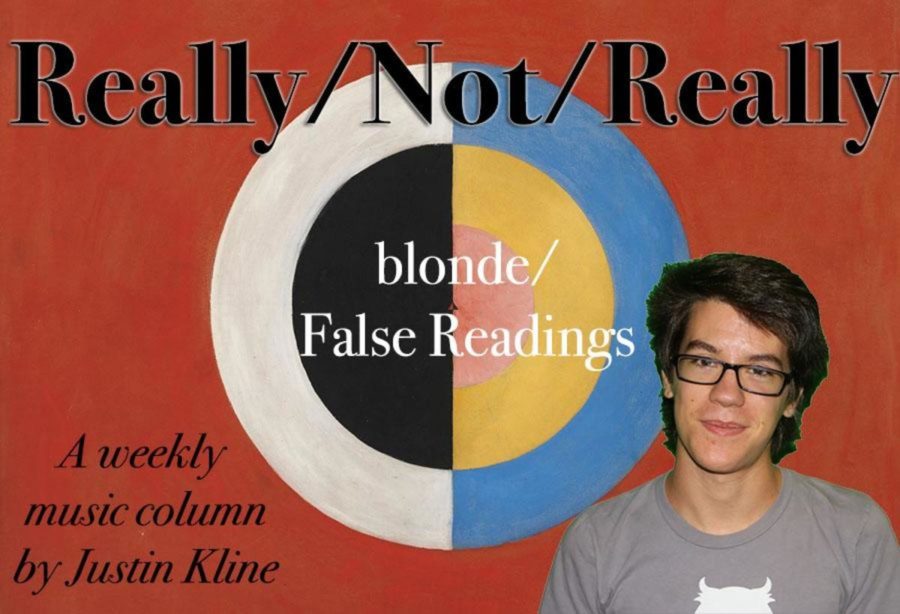 Regardless of where one’s preferences in the history of pop music might lie, I count myself grateful that Frank Ocean and Eluvium released projects within a month of each other. Choosing to cover both of them is a strange dichotomy to say the least. Where one peaked on album charts at number one in nine countries, including the US and UK; the other, it’s a safe bet to make, you’ve never heard of.

The purpose of this contrast is to hopefully expand one’s horizons – familiar artists will be addressed alongside relatively obscure ones, and if you are willing to engage with the less popular, you might be pleasantly surprised. For these two albums, there is much to discuss that I did not get to write about for a lack space, and I hope to hear a continued conversation and different perspectives on these records from Lamplighter readers. 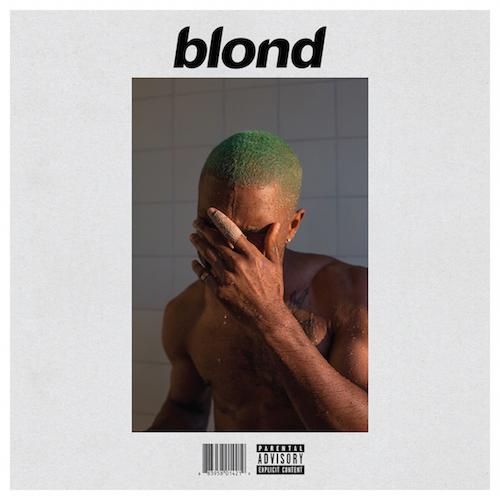 A long four years for Frank Ocean has transformed him from Odd Future’s eclectic R&B storyteller to an introspective, honest pop phenomenon. Ocean’s bisexuality was addressed in an intensely personal and courageous open letter on social media, which was followed by a rally of support, pushing against histories of homophobia in pop music. Since breaking through with Channel Orange and features on Watch The Throne, two years of delays and rumors after blond’s originally planned release, and his establishment in the modern music dialogue, Frank Ocean follows his own muse to a more abstract and experimental third project, as so many other artists have (Kendrick Lamar, Radiohead, OutKast).

A type of pervasive melancholy surrounds blond – Ocean’s new maturity elaborates on the balladry of “Bad Religion” to form an entire album. Of the 17, only five songs have prominent drums. This space is instead filled by lavish guitar and keys, whose presence largely drives the album with even more engaging vocals. Even the album’s only single, “Nikes”, with its marked contemporary hip hop influences, has a gentle acoustic guitar behind pitch-shifted crooning for much of the second half. Gospel music also grabs a spotlight, “Godspeed,” most prominently. These meditative highlights form the most distinct cuts, time after time delivering poignant, sullen washes of nostalgia.

Frank Ocean follows his own muse to a more abstract and experimental third project, as so many other artists have.”

The contrast in “Nikes” also highlights duality as a motif. Blond becomes an album of moments in this regard-  moments that are sometimes chilling, sometimes blissful, but always memorable in place of marketable hooks. “Self Control,” “Nights,” “White Ferrari” and “Seigfried” are among the more dramatic examples. This is not always smooth, in the case of “Nights” whose jarring transition breaks the otherwise reasonable flow. This duality is commonly linked to Frank’s bisexuality, glaringly in the two utilised spellings of blond(e) for the album cover and title.

Alongside duality are themes of memory and nostalgia. “Ivy”’s reflections on a relationship establish the terms of his thoughts on acceptance, those of affirming the value they had despite the present tension, with “Self Control” capturing a polaroid of Ocean slipping into the self-loathing of memory. This thread is resumed in Andre 3000’s propulsive verse on “Solo(Reprise)” expressing uncertainty in music following numerous controversies of ghostwriting in hip hop, an uncertainty that is extended to Frank’s own artistic and personal path. Ultimately after the devastating one-two punch of “White Ferrari” and “Seigfried,” “Godspeed” finds acceptance in letting go – an album long conceptual breakup. All of this is often underscored by a number of interpolations , from The Beatles to English post-punk band Gang of Four.

Far from a disappointment for the frustrating context of its release, blond is a testament to what gives pop music dynamic value. Lacking the conviction and foundations of Channel Orange, blond is still dense, capable of many interpretations and personal connections between artist and listener, of which so few were touched on here.While not all of these themes are focused, in its openness and conceptual elevation is where blond finds its confidence. 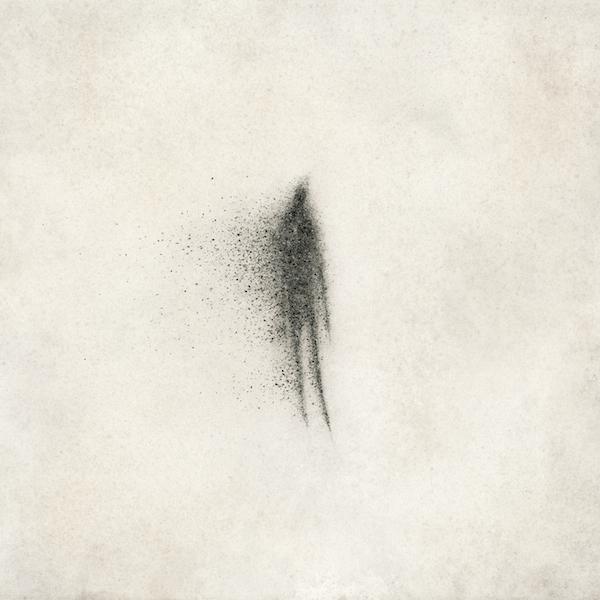 Thirteen years ago, Matthew Cooper’s maximalist ambient project, Eluvium, defined itself as a leader in contemporary ambient music with a blistering streak of intimate, yet vast, successive releases, since maintaining its posture with a punctual rhythm. Eluvium’s constantly evolving body of work marks the presence of this new album as peculiar, what with the imposing finality of his ambitious 2013 double album Nightmare Ending. Cooper took bold steps to assemble flourishes of all his previous works on the album: the vocals and percussion of Similes – bare piano interludes – and most prominently the sonic framework of the diverse, orchestral Copia. Signs pointed to a resolution of the project, with Cooper choosing to work on side projects for the three quiet years since. Instead, False Readings On continues to foster aspects of his past work, but further diversifies his sonic palette where Nightmare Ending consolidated it.

False Readings On engages with a new, pointed thematic directness and the addition of sampled operatic vocals, while making its return to focus are Cooper’s glistening electronics, as well as the reintroduction of his shoegaze influences seen on Talk Amongst The Trees. Cooper has been forthright in expressing the stated theme of the album: Information saturation in the modern world, and the subsequent dissonances in the mind that result; while heavy-handed and lofty, glimpses of this can be seen clearly – especially in the album’s strongest tracks and their contrasting characters and builds.

The album-opener, “Strangeworks,” making as seamless a transition as any, begins with a muffled broadcast, one that soon cedes to shimmering keys with backgrounds of swelling cacophony. Bearing similarities to the grander opening of Nightmare Ending, “Strangeworks” acts as a mission statement of advancement when the newly adopted choirs lend it unfamiliar color. “Fugue State” continues the presentation of Cooper’s confidence through spinning blips underscored by resonant organs and distorted, stretched operatic pieces.” Regenerative Being”, is, in ways, a more reserved “Fugue State,” but through this is contrasted with the next track, “Washer Logistics.” While “Regenerative Being” is marine and contemplative, “Washer Logistics,” in the first sign of things to come, wastes no time in a blast of Kevin Shield’s densest dreams. The final stretch of the album is its most absorbing. The title track and “Individuation” provide short respites to “Rorschach Pavan” and the conclusion: “Posturing Through Metaphysical Collapse.” At almost seventeen and-a-half minutes, the closer is the longest Eluvium track to date, showcasing Cooper at his most brazen.

At almost seventeen and-a-half minutes, the closer is the longest Eluvium track to date, showcasing Cooper at his most brazen.”

Hints of stagnation in Eluvium’s body of work are yet dispelled by the still-unique tone of Cooper’s new release. “Beyond The Moon for Someone in Reverse” doesn’t match the physicality of the other, longer pieces that serve as foundation for much of False Readings,  further emphasized by its placement between the the album’s two most understated cuts: “Movie Night Revisited” and the eponymous track.

Despite these bumps, still ambitious, still conceptual, and still engaging, Eluvium breaks a period of silence with a direct and emotionally stirring album- of which, if anything, places ambient second to grandiosity.