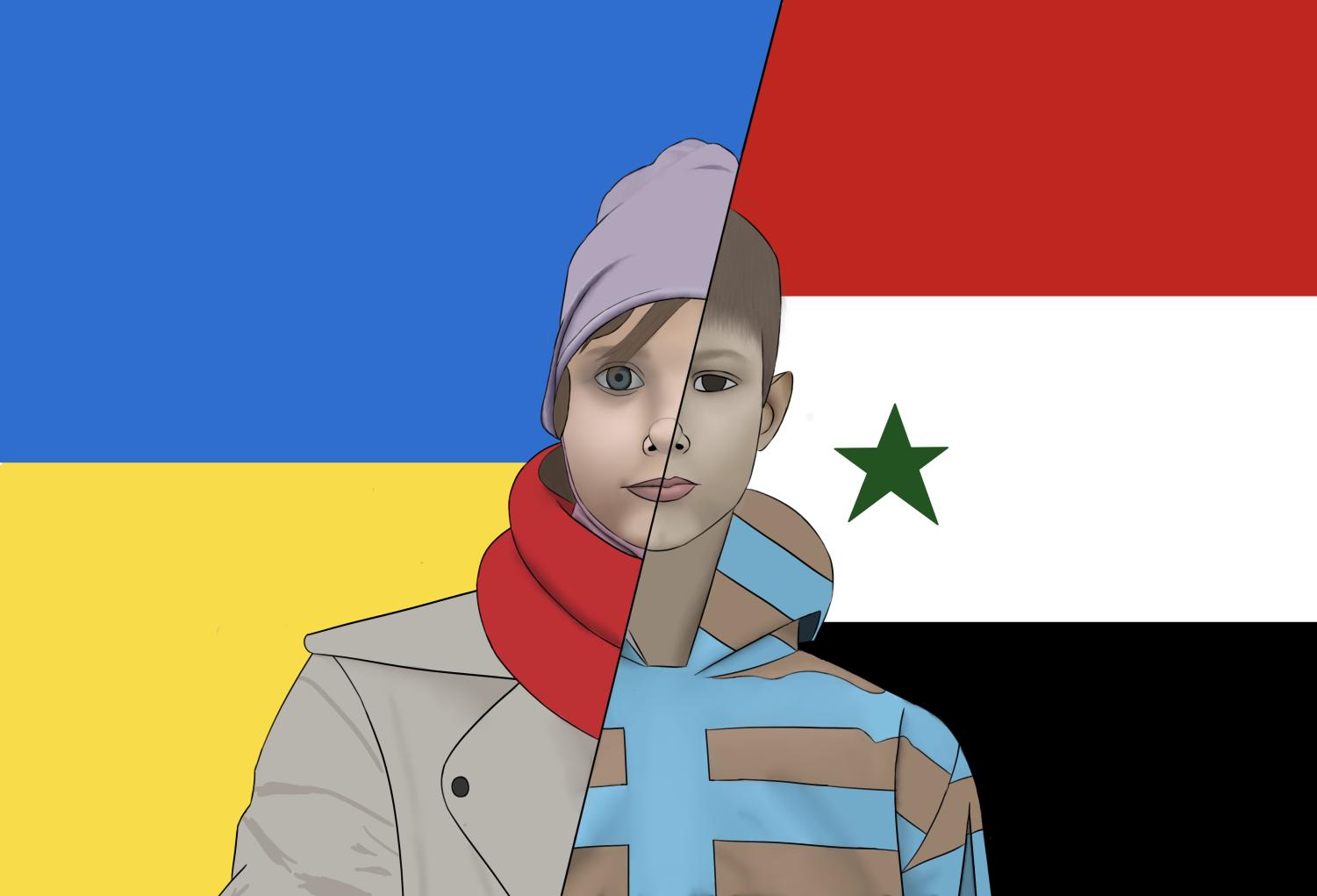 There are two different ongoing wars, but the people who flee those wars into new countries face different treatment.

War and the after-effects of war aren’t something new to the world, and even then the concept of a refugee crisis is something that the world uses. Now with that information, the way that certain refugee groups are treated is something that no one would notice until you look at and dissect the two groups. Now, this issue isn’t that there are refugees, the issue is how they are treated.

As a direct result of this war, over 12 million refugees have led the country, with most of these refugees being the elderly, women, and children. Most men have been unable to flee the country due to the fact that many men have been told to stay behind and fight for Ukraine. The refugees have fled to various neighboring countries such as Moldova, Poland, and Hungary.

These Ukrainian refugees are welcomed into countries with open arms and have been sent to various shelters where they are taught the language of the country that they are in and given food and water.

While it is good that these people are being taken care of and are given a place to rest and get away from the horrors of war that have gripped their country, they are given different treatment than the refugees from other war-stricken countries.

While covering the Ukrainian-Russian war, many journalists, mostly American and European, have described it as “something that Europe is not used to.”

Many reporters have also talked about the surprise of war because it’s happening in Europe, which hasn’t really seen a major conflict on its soil since World War II.

“This is not a developing, third-world nation. This is Europe!” said one IVT reporter.

Many journalists have also seemed to have more sympathy for the Ukrainians because they “look like us,” and are fleeing in cars like “ours.”

While there is some truth to these statements, the Ukrainians do in fact look like the residents of their neighboring nations and are not classified as a developing nation, the statements have racial bias.

The statements from the journalists imply that because the refugees from Ukraine look like Americans and Europeans and live lives similar to ours, suddenly people should care more about them, and while we should care about them, what’s happening in their country isn’t any different from what happened in Syria or Afghanistan.

The civil war has caused over 6.6 million people to flee the country and over 13 million have been displaced since 2011. The Syrian refugees have also fled to various countries such as Jordan, Lebanon, and Canada.

Over the course of the last 11 years, the life of the refugees hasn’t gotten any easier. 90% of the refugees who live in Lebanon live below the poverty line and most face economic hardships. Most of these refugee households cannot meet their basic needs as of 2021.

The Syrian refugee crisis has been labeled as “the biggest humanitarian crisis of our time and a continuing cause of suffering” by UNHCR High Commissioner Filippo Grandi.

Despite all of these statistics, Syrians are treated pretty terribly in the counties in which they seek refuge.

Many people state that the countries are helpful and inviting but after years of conflict, many counties are applying pressure on Syrians to return home.

Many of the refugee centers in places like Greece are in terrible condition. Many of the streets are covered in trash and there was an overwhelming stench of rotting garbage in the air. Along with these conditions, many women are also told to not walk the streets alone as there are many drunks and drug dealers.

“Europe does not see us as human,” refugee Rasha al-Ahmed said. She fled Syria and went to Turkey. From Turkey, she later moved to Greece.

So while these two situations are almost identical, two war-stricken countries with large amounts of people fleeing for their own safety, then why is it that they get treated differently? Is it because of limited resources or space? Is it because of the difference in length that these wars have gone on? Or is it perhaps just because of race?