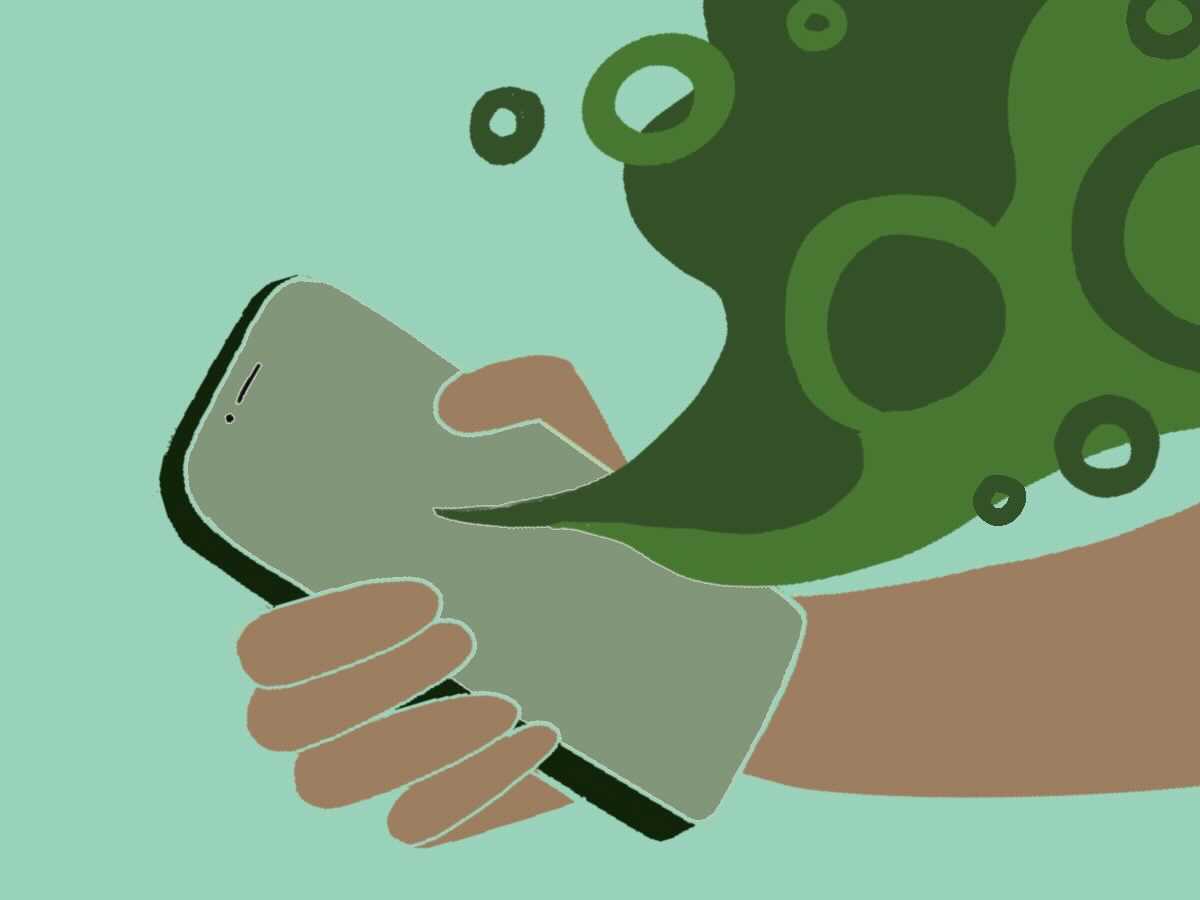 Social media can cause more harm than good for teenagers when it becomes an addiction. (Dylan Stern)

Social media can cause more harm than good for teenagers when it becomes an addiction.

The Long-Term Effects of Social Media on Teens

The increase in phone usage and social media apps has caused many problems for teenagers.

What once was a utopian escape for teens and adults alike to temporarily withdraw from reality has now become quite the opposite. It is undeniable that social media holds an increasingly important role in people’s everyday lives. Whether it’s a quick glance at the Instagram timeline, a swift snap of coffee on Snapchat, or a seemingly decade-long scroll through TikTok, social media usage has become a necessary part of people’s lives.

It is now more than ever that platforms like Instagram, Snapchat and TikTok hold a grip on daily phone usage. 2020 saw a surge in daily phone use. A report by eMarketer showed that, in 2020, US adults spent an average of 82 minutes a day on social media platforms. This was a stark jump from 2019.

While social media became one of the only ways people could be with their families during the COVID-19 pandemic, it also became a dark environment for many sensitive, serious topics and issues to cultivate and wreak havoc on the general well-being of the public.

The coupling of social media and a rapid decrease in people’s emotional well-being during the COVID-19 pandemic has caused both harm and good.

On one hand, pathways of communication about topics like depression, anxiety, and other emotional issues have become more widespread. Teens can now easily talk about these issues without feeling alone or misunderstood.

“Social media allows kids to connect with others who may have the same issues as them, even anonymously if they want,” junior John Sader said. “While I don’t personally struggle with mental health, I know plenty who have found help online.”

Mental health issues becoming widely discussed amongst teenagers and young adults has also removed some of the stigma and indignity around these topics. In a way, social media has become a support group for teens to come to with their darkest issues and hidden problems.

On the other hand, teens opening up about their own personal issues has created new problems. Many teens have become so used to hearing about serious mental health matters it seems that they are not as affected by them.

This new apathetic mindset surrounding the serious topics of depression and anxiety amongst others has led to a decrease in the sensitivity of the subject. While mental health is no longer so taboo, a new culture of apathy and indifference has developed a strong grip on the topic.

Social media apps such as Instagram, Twitter and TikTok are at the heart of many teenagers’ recently developed eating disorders. Opening the social media platforms often draws users to posts and pictures of people they would ideally want to be or look like.

Apps like Instagram do not seem to be as casual as they used to be. Using and keeping up with social media can often feel more like a laborious job than a pastime.

“Social media, especially Instagram, absolutely worsens my body image. Just scrolling through and seeing so many beautiful girls get hate makes me wonder what others would say about me since I feel like the girls that get hate look way better than I do,” sophomore Katie Bridwell said.

There are even social media influencers whose jobs are to strictly influence their viewers on products they should buy, images they should try to strive to look like, foods they should eat, and, in general, ways they should live their lives. It is mentally draining when one feels the need to live up to the expectations of people around them. Instead of posting pictures for the fun of it and to please themselves, today’s society has created the need to post things in hopes of the satisfaction of others.

Thinspiration, or “thinspo”, can be found in websites, blogs or social media posts. Pro-anorexia websites have become increasingly widespread in recent years. These websites are called “pro-ana,” short for “pro-anorexia,” because of the unhealthy lifestyles they promote. WebMd describes these websites as “shocking and troubling.” Thinspo websites promote bulimia, anorexia and other eating disorders that can cause people to become dangerously underweight. Pictures and videos are shared of diets and exercises to “help” people achieve a thin physique.

Many thinspo posts have made their way to TikTok and Twitter. On TikTok, weight loss and pro-anorexia videos could be potentially harmful to vulnerable users who get a thinspo video on their “For You” page.

On Twitter, thinspo posts float around that are meant to bully the readers into becoming skinny. People use aggressive and rude tones in these posts and shame others into changing their lifestyle to become skinny.

“Throughout TikTok you’ll see girls posting in bikinis, and if they don’t fit the beauty standards, their comment section is filled with hate,” Bridwell said.

As the use of social media increases, it seems as though there is also a rise in mental health disorders such as depression. According to Mental Health America, “9.7% of youth in the U.S. have severe major depression, compared to 9.2% in last year’s dataset.”

People make posts in hope of positive feedback, and when their pictures or videos do not reach the amount of views or likes they were hoping for, this can lead them to feel anxious or depressed. According to a study led by researchers from the University of Texas at Austin, social media leads adolescents to feel a lack of self-worth when they receive an inadequate amount of positive feedback, or likes.

Personally, I struggle with posting pictures on social media. Before I make any type of post I often overthink and become anxious about what other people are going to think instead of posting for my own satisfaction. For Instagram posts, I can spend an hour just thinking of a clever caption or finding the right filter. This mentality has caused me to waste a bunch of time worrying about what I cannot control: other’s opinions.

I am not the only person with this struggle. Society has seemed to have a set standard for how one should look which creates the anxiety and obsession with posting the “perfect” pictures.

“Oftentimes I’ll look at pictures that I like and think whether people will like them or not, instead of putting my own preference first,” sophomore Allison Cassell said. “I find myself posting for other people’s liking instead of my own and feel unnecessary pressure on what is meant to be a fun app.”

The docudrama “The Social Dilemma” dives into the depths of some of the biggest social media platforms and how the algorithms created by these companies feed the already growing addictions people have to their phones and social media. The film talks about how the depression and suicide rates of teens and young adults addicted to social media have increased, in part due to the manipulation these companies have over people’s lives.

“When we were making the like button, our entire motivation was ‘can we spread positivity and love in the world?’ The idea that fast forward to today and teens would be getting depressed when they don’t have enough likes…was nowhere on our radar,” former Facebook and Google engineer Justin Rosenstein said in the docudrama.

Until society understands what is a healthy and what is an unhealthy lifestyle, addiction to social media will continue to skyrocket as will depression and other mental health disorders, especially in teenagers and young adults.

Now more than ever because of online learning, students have the ability to become easily distracted from their schoolwork. Students’ distractibility is most of the time caused by the high usage of phones and social media, especially during the pandemic.

It could be as simple as a Snapchat notification prompting a student to get on their phone or a quick look on TikTok turning into endless scrolling. The second a student picks up their phone it becomes that much harder to get back on track with their schoolwork, no matter how important it is.

As social media becomes a greater distraction, students are often found in a hole of missing assignments they have dug themselves into. This can be hard for students to pull themselves out of as the workload builds. As the end of the school year is right around the corner, teachers are left with missing assignments in their gradebook and students who have put all the work off until the last minute.

While it seems to be uncommon for teenagers in this day and age, there are some people who choose to not have all forms of social media in order to avoid these problems.

“I think I’m already a procrastinator and having all kinds of social media would only make it a lot worse and more difficult for me to get things done on time,” junior Caroline Devine said.

It is possible to find the middle ground between being completely addicted to social media and being able to keep important things like school in priority. Teenagers have to learn the skills and have the resources to balance time spent on social media with time spent on schoolwork. 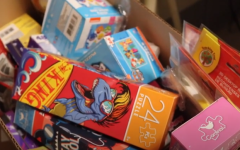 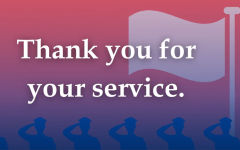 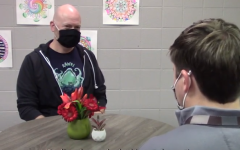 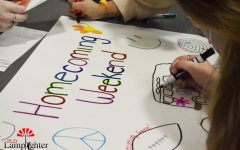 What to Expect at the Homecoming Dance 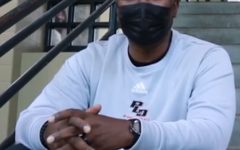