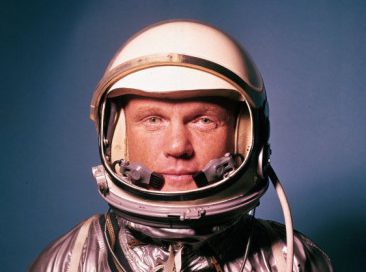 On Dec. 8, America lost one of its greatest pioneers: John Glenn. The engineer, astronaut, and aviator not only made history as a trailblazer, but would also hold a successful political career as a U.S. Senator. As the first astronaut to ever orbit the Earth in 1962, Glenn was seen as an inspiration for risk taking and the development of space travel. President Obama commented on John’s accomplishments saying, “with courage and a spirit of discovery there’s no limit to the heights we can reach together.” Glenn lived a full 95 years of discovery and reached great heights. In fact, he made history a second time in 1998 when he became the oldest person to go into space. He was and continues to be a symbol of adventure for Americans and will be fondly remembered by many.