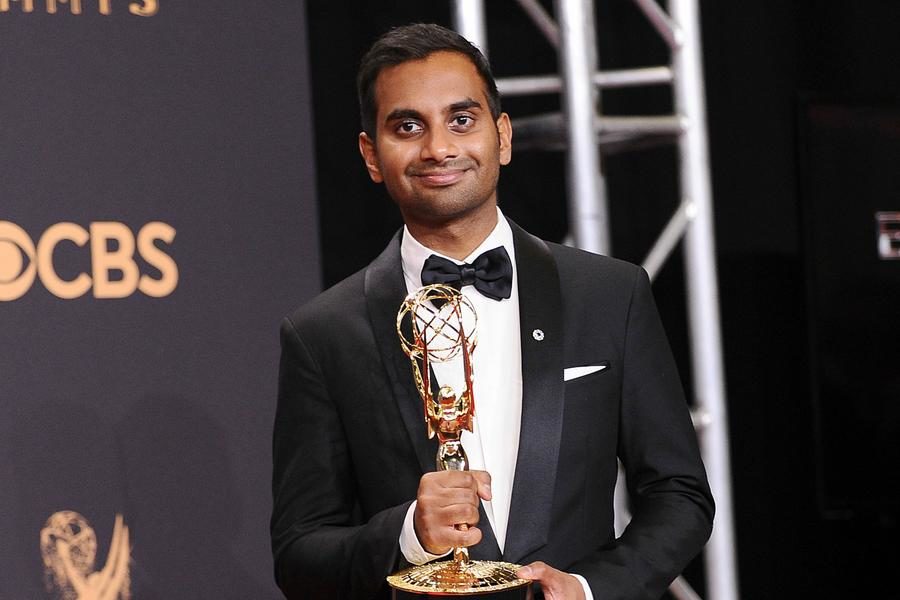 Drawing a Line after the Aziz Ansari Situation

As more victims come forward, there needs to be a discussion of how to define sexual assault.

Most of our staff editorials consist of the combined view of the editorial board, which is comprised of 14 students–both male and female. This editorial, however, is different. We decided to present our views based on gender because we believe that in order to truly understand this topic, we need to validate the different perspectives and unique experiences of both males and females.

The shocking number of victims coming forward should make us all that more aware of how easily these situations can happen. It is a positive development that these victims are being heard, and that society is responding so forcefully to their claims.

But we don’t agree with her estimation that what occurred was sexual assault.

“Can I identify with Grace? Yes. Was I disgusted with Ansari’s behavior? Yes. Do I believe it was sexual assault? No,” said one female board member.

It is not appropriate for a man to coerce someone into sexual contact.

“I’ve been in situations of coerced sexual involvement a countless number of times,” said a female board member. “I can’t say that I was completely comfortable with it, but I will speak truthfully and say that while my initial intentions [in those situations] may not have been to engage in anything sexual, coercing has been effective on me. If I regret it after, the only person I can blame is myself.”

It’s difficult for us to stand with Grace in her fight. Because that’s just it– she didn’t fight.

By her own account, Grace was not physically forced to do anything in Ansari’s apartment. Coerced, perhaps, but not forced.

There was coercion, which she had the choice to refuse, but it’s bears acknowledging that this case was a little different because of Ansari’s status. As a female board member said, “she may have felt coerced because he was someone famous.”

But Grace never once mentioned trying to leave, and all of the “signals” she gave Ansari could have been easily misinterpreted.

“Maybe it’s wrong of me to be asking this,” said one female board member, “but what did Grace expect when she accompanied him back to his apartment? And if she was uncomfortable, why did she comply with his requests once they arrived?”

Our society is striving to achieve equality, but in order to be equal, both parties must claim responsibility for their actions.

Taking away Grace’s responsibility in this situation undermines her right to have power in the first place.

We do feel for Grace, but to call this encounter sexual assault is demeaning to those who have experienced more extreme forms. By sharing her story, Grace has given those who don’t believe in the feminist movement one more weapon to use against us.

“Upon reading multiple accounts of the story I find it hard to wholeheartedly agree with one side or the other,” said another female board member. “From Grace’s perspective, she was ‘violated’ and repeatedly pressured to engage in an unwanted sexual activity. Yet, upon considering Aziz’s side, he was in a way encouraged by her to continue his behavior due to her lack of objection. It is unfair to expect him to read her mind and understand she was not ready.”

Another female board member agreed, stating that although Ansari should be accountable for his actions, he was acting on societal norms that he truly believed were OK.

Feminist writer Jessica Valenti summed this up in her tweet, “…part of what women are saying right now is that what the culture considers ‘normal’ sexual encounters are not working for us, and oftentimes harmful.”

It’s important that we continue to believe victims, and that we support the “outing” of sexual abusers, but we have to be able to determine what constitutes assault, and what is simply miscommunication.

“I think he was genuine in his statement that he believed nothing to be wrong,” she said. “He should have been able to recognize that what he was doing was wrong, but in a culture where one night stands are glamorized, the idea of women being comfortable ‘giving it up’ is all too common.”

Like innumerable men across the world, Ansari could not recognize non consensual (and primarily nonverbal) signals. Consider all the men who have undoubtedly done something like this.

Let us use this as a wake-up call for men everywhere, rather than use it to destroy one man who is far from alone in his mistakes.

It’s also a reminder to women that they can say “no” in a situation where they do not give consent. In the case of Grace, although she may have felt pressured by Ansari’s persistence, he gave no indications that she would be harmed if she left. For a lot of women, just walking away isn’t an option. In hers, though, it was.

“We need to reset our definitions and educate people on what is appropriate and what isn’t,” said another female board member.

In light of the recent allegations against comedian Aziz Ansari, it’s obvious that there is a need for a clear definition of what constitutes sexual assault.

None of us believe Aziz Ansari was right in his behavior. At all. But we don’t believe what he did crossed the line into sexual assault.

As Bari Weiss’ opinion piece in the New York Times stated, “Aziz Ansari is guilty. Of not being a mind reader.”

From both accounts, it was an awkward experience. Grace (whose name was changed for the article) went in with certain expectations, and unfortunately, things didn’t go the way she wanted. This doesn’t exempt her, though, from accountability.

And there were parts of her account that seemed like she was less of a victim and more of an annoyed date.

The remark in the article from Babe.net about Aziz not asking what kind of wine she liked, and giving her white wine when she preferred red, was an annoying detail that detracted from her story, but the biggest thing was the fact that she didn’t get up and walk out.

She said she kept sending “nonverbal and verbal” signals, but how are men supposed to know how to read those?

Many–both males and females–have had issue with this woman’s account because it undermines more serious accusations of sexual assault. She also added graphic details, presenting them in a way that was almost crude.

“I believe Grace’s claim is actually damaging to the #metoo movement,” said a male board member. “This cannot be compared with the likes of Weinstein and Spacey. This, I feel, is just not the same.”

However, it cannot be ignored that Ansari has built a reputation as a man who respects women, and who supports feminist movements. He wore a “Times Up” button at the Golden Globes. This makes the allegations all the more troubling.

“While the situation does seem like it could have been easily stopped by a very firm “no” from Grace, it is extremely important that people understand and sympathize with her being put in a situation with someone more powerful than her,” a male board member said.

Another male board member added that although Ansari didn’t hold sway over Grace’s career, he is more powerful than her based on his celebrity status.

But even those who aren’t in positions of authority or power over their partners should always clarify consent. There is an app, SaSie, that can document whether or not consent has been given. Another company called LegalFling is planning to release an app that not only documents consent, but also creates a legally binding contract.

“Prior to their encounter, if the true intent of the relationship was stated, the miscommunication could have been avoided,” said a male board member.

Because of issues understanding consent, it can be confusing to both parties–especially when expectations are not clarified up front.

“Some women agree to have sex hoping it turns into something more,” said a male board member. “They get angry when they want affection, and it doesn’t work out.”

Another male board member brought up a question about including men who have experienced sexual assault in movements like #metoo.

If a man grabs a women’s butt without her consent is it sexual assault? The general response is yes. But what if the tables are turned?

“I understand the whole #metoo movement,” he said, “but they don’t acknowledge men who are assaulted, too.”

There’s an extra hurdle for men who are assaulted because they are ridiculed if they report their abuse. With exceptions like Terry Crews, who shared a story of being assaulted by another man last November, most men let things that happen to them go.

One male board member shared his experience with inappropriate touching.

It’s obvious that we all agree sexual abusers should be exposed, but what happened to innocent until proven guilty? There have been many times when athletes have been accused of sexual assault and did nothing wrong as was the recent case with Derrick Rose.

“I’m worried about when somebody innocent gets accused and his life is ruined,” he said.

Not having clear definitions for what constitutes sexual assault or sexual abuse is making what is already complicated even worse.