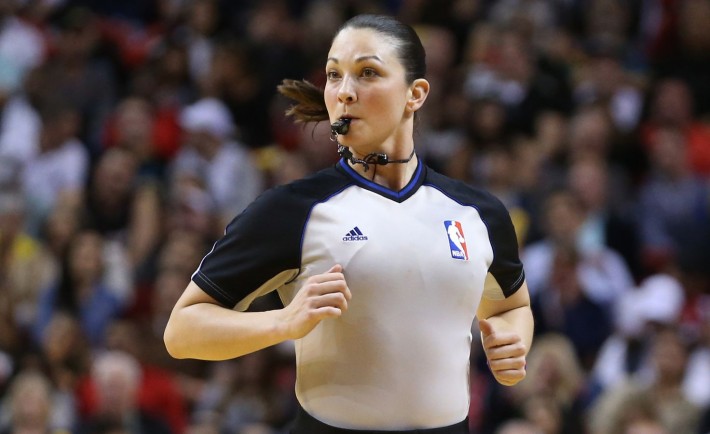 Female refs can make it in the NBA, but it’ll just be a little bit harder for them

The NFL has always been looking for ways to make the game more revolutionary. One such step was the hiring of Sarah Thomas on April 11th, 2015, as a line judge. Thomas’s hiring was welcomed with open arms and a lot of optimism. Baltimore Ravens head coach John Harbaugh commented, “We had her in the pre-season last year. She did a good job. She might be one of the better ones we’ve had. So, it’s about time.” 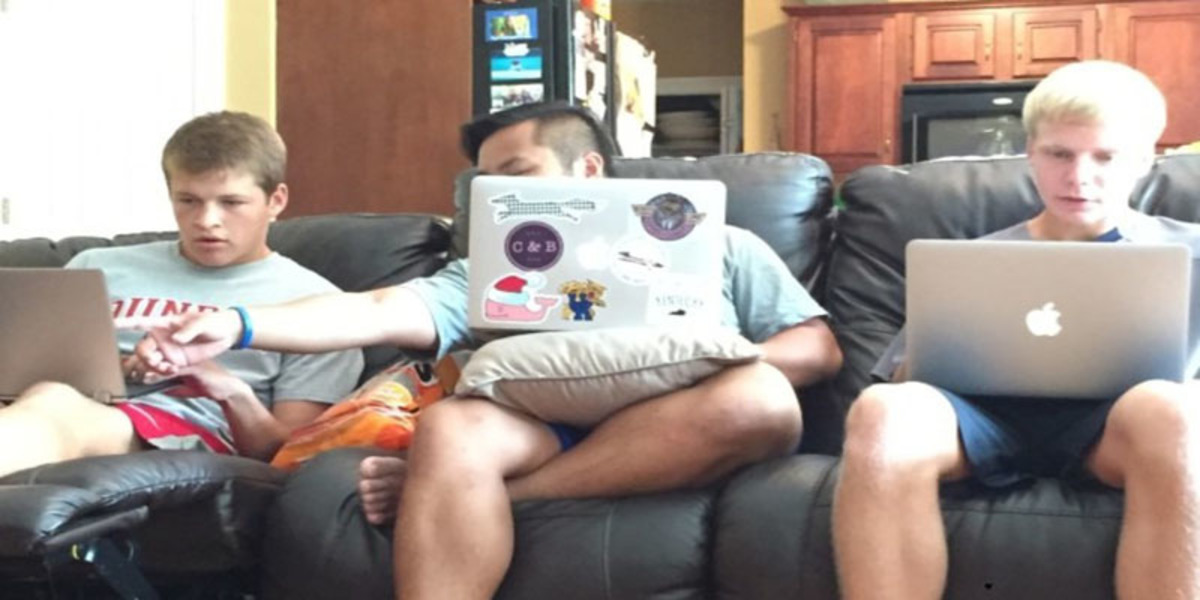 The 41 year-old official actually started throwing flags about a decade ago when she broke ground as the first female to officiate at the FBS level (college football) with Conference USA . Thomas officiated multiple bowl games (also a first) as well as the Conference USA championship twice. Her expertise got her much praise from both the college level and the professional level.

Every NFL season there is always controversy surrounding a call or how the game was officiated by the crew, but Sarah Thomas was given the best compliment a ref could be given. NFL officiating Chief Dean Blandino commented, “No one was talking about her, and that’s what you strive for in officiating.”

Blandino also commented saying that more female officials are “in the pipeline” within the NFL officials training program. While the NFL has experience some success with its newest official, the NBA hasn’t had as smooth a road on this new path.

The NBA was actually one step ahead on the NFL with the hiring of Lauren Holtkamp on Sept. 30, 2014. Like her NFL counterpart, Holtkamp had almost a decade of officiating in the NBA’s Developmental League or D-League. After her ninth year in the D-League, Lauren was called up to the big leagues.

One of Holtkamp’s first games as an NBA official was between the Los Angeles Clippers and the Cleveland Cavaliers didn’t end as well as everyone thought for the female rookie ref. Holtkamp called a “ghost” technical foul on Clippers’ star point guard Chris Paul. The technical was one of five called in that game.

I think that female refs can make it in the NBA it’ll just be a little bit harder for them.”

Afterwards, Chris Paul commented on his ghost technical. “The tech that I got right there was ridiculous. I don’t care what nobody says, I don’t care what she says; that’s terrible. We try to get the ball out fast every time down the court, and when we did that, she said, ‘Uh-uh.’ I said, ‘Why, uh-uh?’ And she gave me a tech. That’s ridiculous. If that’s the case, this might not be for her,” he said.

As if almost if tempting fate, Chris Paul and Lauren Holtkamp met again not even a month later in a match-up between the Clippers and the Timberwolves, with the classic situation of a game being decided by a call by the ref. Holtkamp hit Chris with another technical after she called a bump foul on Paul’s teammate, J.J. Reddick. In response to the foul, Chris clapped towards Holtkamp as if to say bad call. Holtkamp responded with a technical on Chris and practically iced the game for the Timberwolves. This time around when asked about his technical foul all Chris had to say was, “I guess it was for what I said.” 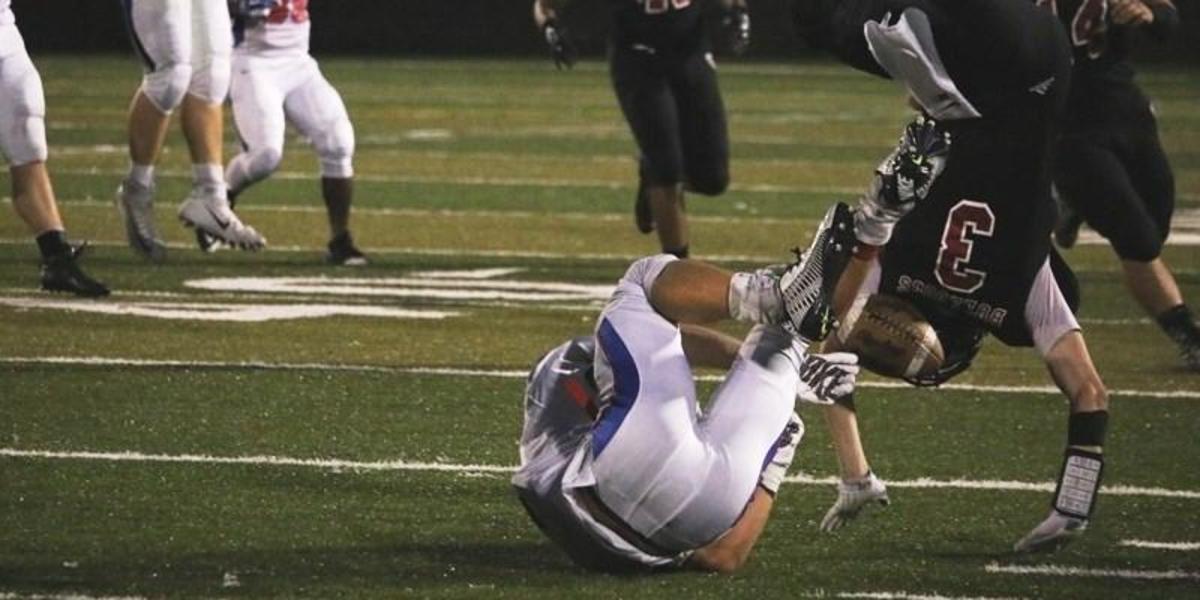 Along with Chris Paul other people involved with the NBA have given their opinion of Holtkamp. In a recent poll taken by NBA players and coaches around the league that had them vote on the best and worst referees in the entire league, Holtkamp received 14 votes…as one of the worst refs in the game.

One player, whose name is unknown, was asked about why Holtkamp is receiving so much negativity. “Take the female part aside, she’s just new, but with her, I thought she took it a little bit personal, thinking players talk to her the wrong way,” he said. “When you’re young, like an NBA player or a ref, you’ve got to come in seeking knowledge. You can’t come in blowing the whistle. She came in like, ‘I’m a female and you’re not going to talk a certain way to me.’ No one called her a bad name. No one disrespected her. It’s her terrible calls.”

Fans of the game also haven’t responded well to Holtkamp. Will Manson, Dunbar senior and Orlando Magic fan, commented on recent poll about the refs. “I don’t want any referee, no matter their gender, icing a game for my team,” he said. “I think that since she is a girl all the questionable calls that she makes are blown out of proportion. Do I think that she can make it in the NBA? Absolutely. She just has to be careful with her calls.”

Dunbar junior Matt Jones, a Clippers fan, also gave his opinion on the new ref. “I feel like she iced the game and that’s not how any game should be decided.”

Whether it’s bad calls or icing a game on a “ghost” foul, referees will always be criticized by everyone no matter who they are. Nothing works at first, but something has to change whether it’s the players, the fans or the officials themselves. There will always be someone that isn’t happy with the game, but the refs are humans as well and they deserve to be treated as such no matter who they are, where they come from, or what they look like. 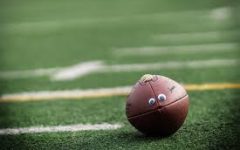 Will Levis is Overrated 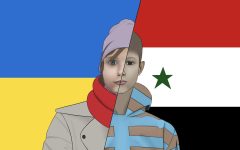 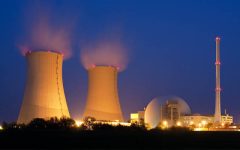 Nuclear Energy is the Future 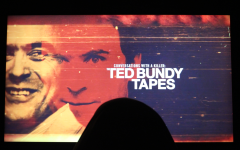