A Real Look at Dunbars

Every year, there's a new trend in high school. This year, that trend is Xanax, a.k.a. "bars."

Recently, there has been a rise across the nation of Xanax abuse by students, sometimes even in school. According to the Partnership for a Drug Free America, one in 11 high school seniors have abused sedatives such as Xanax. Dunbar has not escaped this trend.

There’s a big misunderstanding about the effects of recreational use of prescription medicine. Xanax, a benzodiazepine, is usually prescribed for panic attacks and anxiety disorders. “Prescribed” is the key word. There’s a common thought that since Xanax is not illegal but prescribed, it’s not harmful. This kind of thinking can be extremely dangerous, because drugs are prescribed for a reason.

Emma Wimsatt, a senior, knows on a personal level the fatal impact Xanax can have.

Paige Wimsatt, Emma’s cousin, was at a graduation party three days after she graduated high school. No one was aware of the consequences of her actions that would follow.

“4 years ago, I lost my sweet cousin to Xanax. She was 17… Don’t mess with it,” Wimsatt writes in a tweet warning her friends. [My cousin] never woke up, because of the choices she made,” she said.

“It’s a fallacy. There are a lot of things that are prescribed that can kill you,” said Beaumont Kroger Head Pharmacist Todd Hord, who spoke with the Lamplighter staff about the effects of abusing Xanax.

[My cousin] never woke up, because of the choices she made.”

According to Hord, you become a zombie, for lack of better words. You walk around confused, unable to function. Everything is on autopilot, and everyone but you can see it.

One Dunbar student, who asked to remain anonymous, said, “You don’t remember anything, so I don’t know why anyone would take it during the school day. You don’t get anything done.”

There is also a high risk of becoming addicted.

“You’re taking one pill a day, and then all of a sudden you’re taking two pills a day,” said Hord. “That’s why it’s a controlled substance.”

The pills, which usually are prescribed in strong doses, give heavy highs, and can make you feel intoxicated.

What makes Xanax different from the other pills is how quickly the highs come and go. Once it’s there, it’s gone, and you want to take another one, and then another one.  “You develop a tolerance for it,” Hord said. “With a drug like Xanax, it does not take long at all to get hooked.”

It’s exponentially worse when you combine Xanax with other drugs and medications. The dual-consumption of Xanax and alcohol is especially dangerous.

According to Dr. Craig Booker, an anesthesiologist at St. Joseph East, “When people start combining [Xanax] with other drugs, that’s really where the risk comes.”

Well, this doesn’t apply to me because I rarely ever do it, one might say.

There is also the chance that the pills are not really Xanax, but synthetics. At $3 per pill, there’s no guarantee of the safety. Often times, there is synthetic Xanax that is cut with other, much more dangerous substances.

“You never know what you’re getting- some pills you’re sold may have nothing and some may have poison,” said Hord.

As he explained, perhaps the strongest effects of Xanax occur during withdrawal once the drug begins to leave the system. This can result in psychosis and epileptic-type seizures. In fact, Compared to other benzodiazepines, Xanax has some of the most dangerous withdrawal symptoms. According to addictioncenter.com, Xanax is more than 10 times as potent as drugs of the same class, like Valium and Klonopin. This is why highs come strong and leave quickly.

Even though the consequences are severe, sometimes that’s just not enough to deter people.

“There’s not much you can do for someone if they’re not willing to help themselves.” said Wimsatt. “Not a lot of people realize it can happen to anyone. It happened to me, and I can never get her back.” 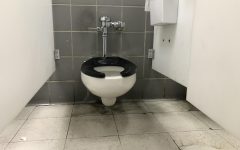 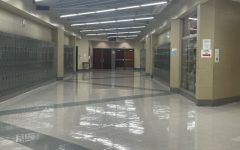 When Will Dunbar Be Renovated? 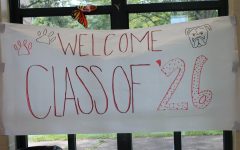 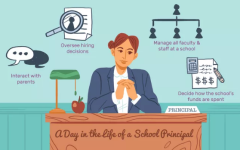