The Effect of Drugs In TV Shows On Teens

Teenagers' are in danger of being exposed to addictive substances via the internet. 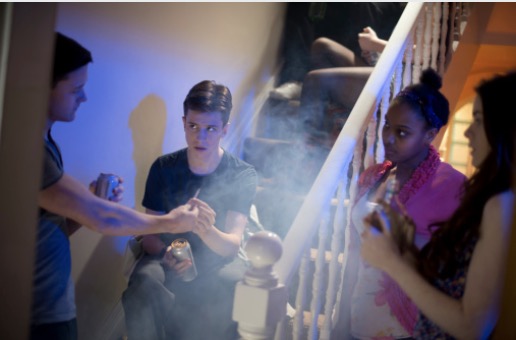 Other teens often influence their peers.

Today’s population of teenagers are being affected by drug use as it is depicted in TV shows across the world via the internet. Television is a huge part of society, and how it affects the younger generation may affect how the world works as a whole. Euphoria, Shameless, How To Sell Drugs Online (Fast), Queen of the South, etc. are all popular shows that contain drug use.

“It is important to educate teens on the differences between the reality of substance abuse and the media’s portrayal of it. Popular media rarely depicts the repercussions of substance abuse, including the negative effects it has on an individual’s health and the increased risk of accidents that occur under the influence.” a writer on Sober College: School of Addiction Studies said in the article, “How Movies About Drugs Affect Today’s Teens”.

The reality of drug use and addiction is rarely portrayed and understood by young people. The media is partly to blame for this situation.

“It seems that drug and alcohol plotlines are most often mined for humor and ignore or minimize the serious effects of substance use and abuse. Such lighthearted depictions can leave viewers with a skewed vision of the roles these substances play in reality.” a writer from American Addiction Centers said in the article, “How Does The Media and Television Influence Drug Use?”

Young minds are molded by their surroundings, and culture plays a big role in this molding. Pop culture is defined by Google as “Modern popular culture transmitted via the mass media and aimed particularly at younger people.”

“Studies show that pop culture and media have a remarkably negative impact on children and teenagers, as well as young adults. It’s estimated that more than half of all high school students try illicit drugs, while more than 70% drink alcohol by the time they graduate. Of those, the youth that struggle with addiction at an early age often begin experimenting with drugs and alcohol by the age of 12 or 13.” a writer from Northpoint Washington said in the article, “Drugs in Pop Culture: How Entertainment May Be Influencing America’s Bad Habits”.