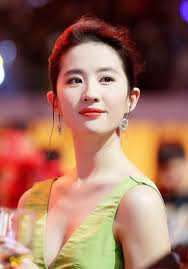 The release of the new live-action remake of Mulan has made Disney fans from all over the globe ecstatic. The original date of release was March 2020, but due to COVID-19, it got pushed back to release in September 2020 on Disney Plus. Other than the changes the directors have made, fans also day that the protagonist, Mulan, was less interesting in the reboot than in the animated version.

“She might have been more engaging if she had a spark of rebellion or attitude,” Nicholas Barber says along with saying the reboot is ‘humorless and somber’.

Excitementment coming from these Mulan lovers, fans are also disappointed by the changes that have been made in the new film, such as the songs being removed (Reflection, I’ll Make a Man Out of You, etc.), the original jokes being removed, and even the character Mushu, who was a fan favorite among the animated film, also being removed.

“I thought it was very good, but Mushu was just an essential part of the story and taking him away makes it feel like the story is incomplete.” Emma Hatcher said. “It stuck to the true message but it left out a lot of details from the original, and I felt that it just wasn’t the same.” Kasie Priest said.

Niki Caro, the director of the live-action film, makes a statement about why Mushu was excluded.

“You know, the animated classic stands on its own in that regard. In this movie, there is a creature representative – a spiritual representation of the ancestors, and most particularly of Mulan’s relationship with her father, but an update of Mushu? No.” She then says that Mushu was removed from the reboot to allow Mulan to deepen her relationships with her fellow soldiers.

The original was a classy musical that all Disney fans absolutely loved and will never forget.

But, Niki Caro has unexpectedly decided to also exclude all songs from the new film. Lots of people are very upset by this aspect, but others say that the head gazing action, breathtaking scenery, and talented actors put into the reboot makes up for excluding the songs, the jokes, and the famous character Mushu.

“Yes, I missed the 1998 animated film’s catchy music and talking animals, but I was swept away by the breathtaking Chinese backdrops and high-stakes battles,” Eddie Murphy, the voice of Mushu in the 1998 film says.

While many think that this reboot is missing many of the capturing aspects, many others say it captures the loyalty of the story. Many of the scenes in the original film that include this loyalty, but Caro states that there are some parts of the story that she is very faithful.