After the first round of the playoffs, here is how every team is sitting in the Western Conference 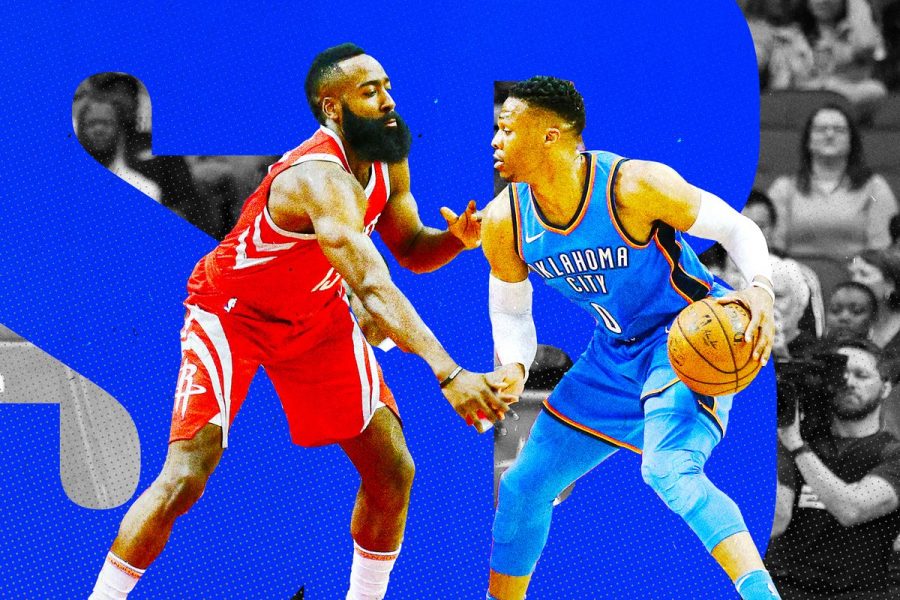 From Damian Lillard 38 foot game-winner to end the Thunder’s season to Kevin Durant dropping 50 points to end the Clipper’s, the first round of the playoffs has been what we expected. The top 4 seeds in each conference moved on to the Conference Semi-Finals.

The Golden State Warriors handled their business as they took on the Los Angeles Clippers in Round 1. The Warriors won the series 4-2 as Kevin Durant averaged over 40 points a game in the series. Draymond Green was also very productive series while averaging 15 points, 8 rebounds, and 6 assists. The Warriors will be without star Center DeMarcus Cousins as he suffered a playoff-ending injury.

The Clippers ran into a brick wall as their season ends, although they will have a lot to look forward to in the future. Point Guard Shai Gilgeous-Alexander and Center Montrez Harrell showed to the world that the Clippers are here to stay for a very long time. The Clippers will also have enough cap space to sign two max free agent players this off-season. The Warriors uphold their dominance as the #1 seed in the Western Conference.

The Houston Rockets had themselves a field day against the Utah Jazz in this series. Houston took the series in 5 games and James Harden proved to us why he should be the MVP this season while averaging 33 points and 8 assists. Chris Paul and Clint Capela also played big roles in the success that lead the Rockets to the second round. The Utah Jazz were led by a 2-year and a 4-year player and had a heck of a season. Donovan Mitchell didn’t have his best series, but he’ll come back and play better than ever. Although the Rockets didn’t play their best, they pulled through and were able to overcome a deep Jazz team.

The Denver Nuggets were running for their money as the San Antonio Spurs took them to a 7 game series. The Nuggets pulled through and took the series behind upcoming stars in Nikola Jokic and Jamal Murray. Denver also had players banged up such as Michael Porter Jr.(Who hasn’t played a game this season), Isiah Thomas(Hip), and Torrey Craig(Broken Nose), which weakens their bench.

The San Antonio Spurs are stuck in a weird situation. They won’t attract top free agents since they aren’t in a top market city, they don’t have many young players to build around their future, and they will have a lower end first round pick. Not to mention, Gregg Popovich is might not return next season as head coach of the Spurs. The Nuggets move on to face the Portland Trailblazers in the second round.

Damian Lillard vs Russell Westbrook. What a series it was. The two of the NBA’s best point guards faced each other in the first round, with Damian Lillard and the Portland Trailblazers moving on past the Thunder. After lots of trash talk, Damian Lillard ended the Thunder’s season with a game-winner from 38 feet out, leaving him with 50 to end the game as he waved the Thunder off the court. The question fans are leaving for the Thunder, what’s next? They have Paul George and Russell Westbrook under contract for the next 4 seasons at least(both have player options), but for two seasons now, they have proved that they can’t get to the Western Conference Finals with only them two.

This off-season, one of the biggest goals for Sam Presti and the Thunder is to get a great shooting wing to put alongside Russell Westbrook, Paul George, and Steven Adams. The Blazers look to advance past the Denver Nuggets and make the Western Conference Finals for the first time in over 2 decades.