As the playoffs open up out east, the results are about what everyone anticipated. 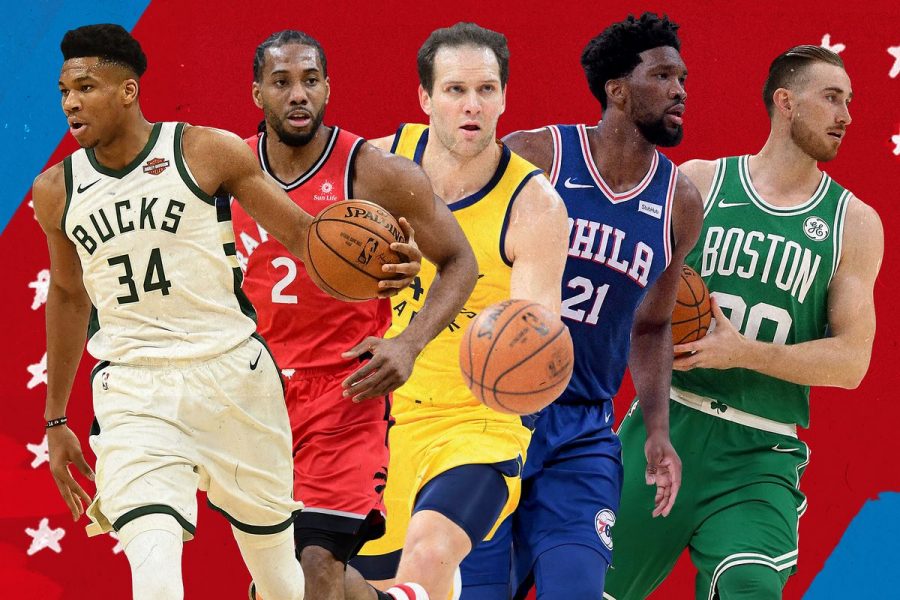 For the first time in over 15 years, no series in the Eastern Conference lasted longer than 5 games. The top 4 seeds in the East moved on to the Second round. Let’s look at how the first round played out.

The Milwaukee Bucks faced the Detroit Pistons in which was a very lopsided series, as the Bucks swept them. The Pistons were without star forward, Blake Griffin for the first 3 games, but decided to play game 4 in front of his fans, despite the amount of pain you could tell he was in. The Bucks showed no mercy in this series, winning all of them by more than 15 points.

Giannis Antetokoumpo and Eric Bledsoe showed Buck fans that they have remarkable pieces to take with them into the future. The whole Bucks organization proved to the rest of the Eastern Conference that they are done being bounced out of the First Round every year, their here to stay. The Bucks will take on the Boston Celtics in the Second Round.

The Boston Celtics took on the Indiana Pacers as the Celtics also swept them. The Pacers although were without star player Victor Oladipo, who averaged 18.8 points a game, leading the team. They were star struck when he went down with his injury. The Pacers were sitting as a potential 3 seed, but after Oladipo’s injury, they fell to the 5 seed. However, for the Celtics, their season has been a roller coaster.

Kyrie Irving and Gordon Hayward coming back after missing most of last season, the inconsistency of young stars Jayson Tatum and Jaylen Brown, and the great leadership of Brad Stevens. When Kyrie Irving scores less than 15 points, the Celtics are 3-13 this season. Time will only tell if the supporting cast of the Celtics will step up in the Second Round.

A Battle of the Atlantic Division took place between the Philadelphia 76ers and the Brooklyn Nets, the 76ers defeated the Nets 4-1. The 76ers became the first team in NBA history to have all 5 starters average more than 15 points in the playoffs. After a lot of talk about Joel Embiid’s health, he came back in Game 3 and dropped 31 points, 16 rebounds and 7 blocks as the Sixers won the game.

The Brooklyn Nets had no chance in this series. D’Angelo Russell didn’t shoot the ball great, his supporting cast(outside of Center Jarrett Allen and Guard Caris LeVert) didn’t show up the way Brooklyn needed them to. Russell averaged 19.4 points on 35% shooting from the field. Brooklyn is looking to have an effective offseason as they have 2 max contracts available for big-time players. The 76ers will take on the Toronto Raptors in the second round, another Battle in the Atlantic for them.

The Toronto Raptors completely utterly overwhelmed the Orlando Magic as they open up the playoffs. Although the Magic took Game One at Toronto, the Raptors stormed back and won the next 4 games by 15 points or more. Kawhi Leonard helped raptor fans realize why they traded for him, as he averaged almost 31 points in this series.

Pascal Siakam and Kyle Lowry played a great role in helping the Raptors overcome the Magic. Orlando was in bad shape leading into this series. 6th pick in the draft Mohammed Bamba was out with a left leg injury, Aaron Gordon wasn’t certain if he was going to be able to play after having calf problems. The Magic do have some hope for the future. Jonathan Isaac and Nikola Vucevic brought a mentality that Magic fans haven’t seen in a long time. The Toronto Raptors look to handle business in the second round, facing the Philadelphia 76ers.