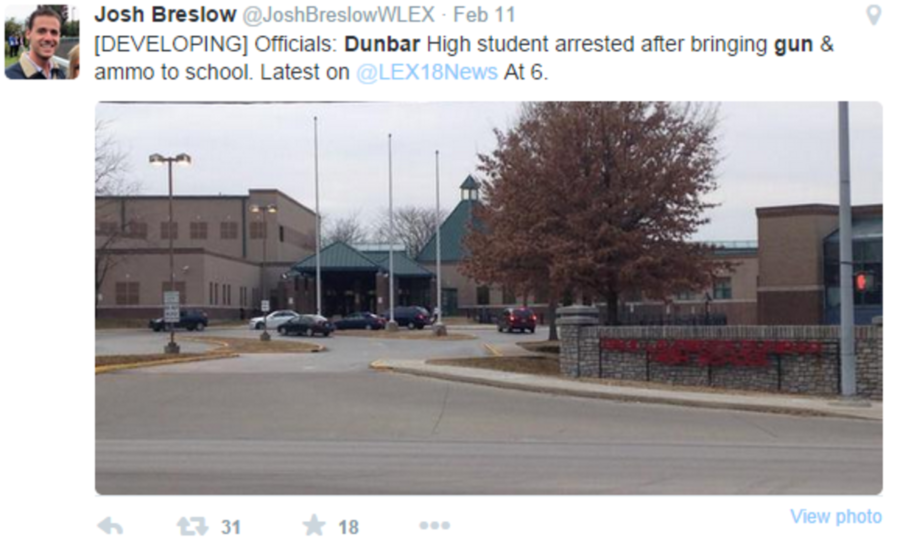 On February 11th, the Dunbar community was shocked to hear news that a gun was found in a backpack on campus. Principal Betsy Rains immediately sent out the following statement to parents:

Just before dismissal this afternoon, we discovered that one of our students had brought a gun to school on Feb 11 2015.  The gun was not loaded; however, the student had ammunition in his backpack. Any time health or safety issues arise on campus, Dunbar strives to be sure our families have the most accurate information directly from Dunbar itself.  We are committed to keeping Paul Laurence Dunbar High School a safe place to learn and work.

This statement by Ms. Rains was updated when more information was discovered on February 13. The administration was given information that the gun was actually loaded while it was in the backpack. The updated statement read:

The administration emphasizes its intent is to always be truthful with Dunbar families and share all the information they are legally allowed to share.

Luckily, no one was harmed in any way. The student involved has been charged with possession of a weapon on school property, and been referred to the court system.