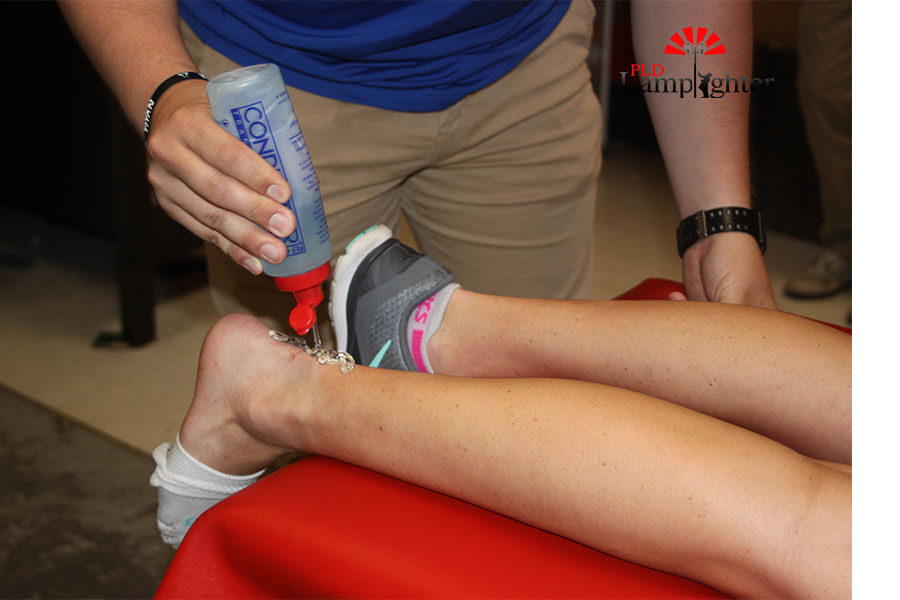 Students interested in a career in sports medicine or athletic training have a chance to intern under one of PLD’s athletic trainers for the summer.

Athletic trainers attend every single game, practice and workout for teams, providing the athletes with urgent treatment for injuries and long term rehabilitation. They are employed by hospitals, but their outreach can be to either a college or high school. Mr. Begley is a certified athletic trainer who is currently employed by U.K. Healthcare Orthopedic Surgery and Sports Medicine. He received his degree in athletic training from EKU. Students can shadow him before completing an application if they are interested in learning more about the career first.

Mr. Begley said that he played sports throughout his entire life, and he decided to pursue athletic training to help injured athletes build their way back up after an injury.

“I got interested in therapy just because of the rehabilitation process of being able to start after a surgery or a new injury and being able to see the athlete compete after that injury,” he said.

Applications are by the Athletic Training office in the gym are are due on April 28. Mr. Begley can also be contacted through email at [email protected] or on twitter at PLDHS_SportsMed to set up a shadowing opportunity.