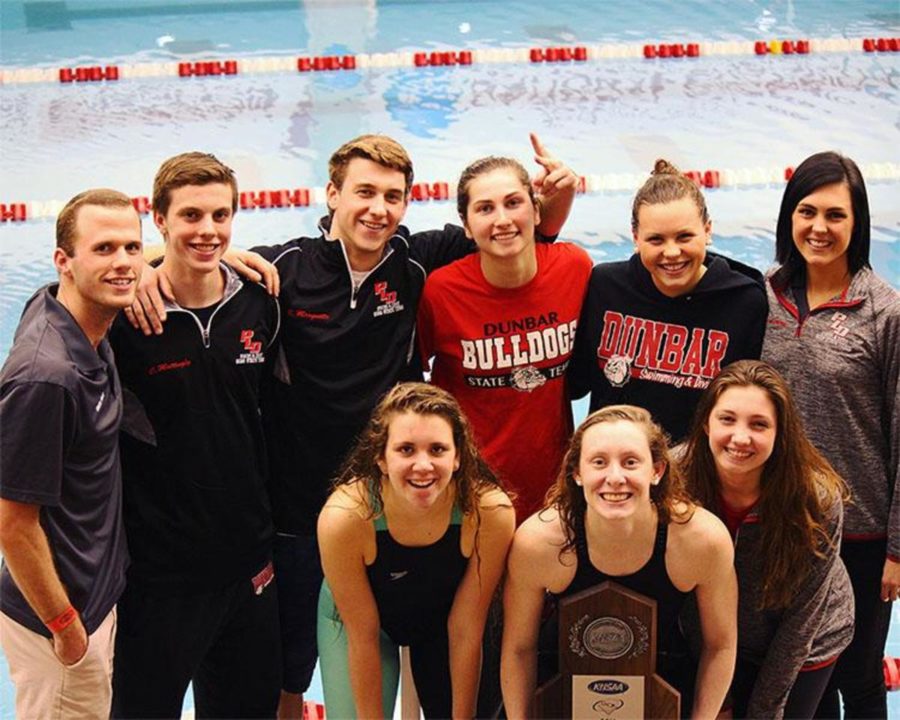 Courtesy of the Winstead Family

The Dunbar swim team state competitors line up for a photo.

The Dunbar swim and dive team had another very strong season.

Throughout the regular season, Dunbar remained dominant and continued that into the championship season. They won regionals for the 10th consecutive year and sent 19 swimmers and divers to state. They placed 2nd in the state for combined team scores.

Dunbar competed in new 8th region, after realignment was in place for Kentucky after previously only having 5 regions. Dunbar swept 8 of the events and had 4 individual wins. On top of that, they set 8 regional records and 3 new team records.

Dunbar competed in the State Championship meet at the University of Louisville. They had one state champion, Madison Winstead. She swam the 100 breaststroke and achieved a new state record. They had 4 top 8 relays and 3 top 8 finishes.

Congratulation to the swim and dive team for another amazing season!