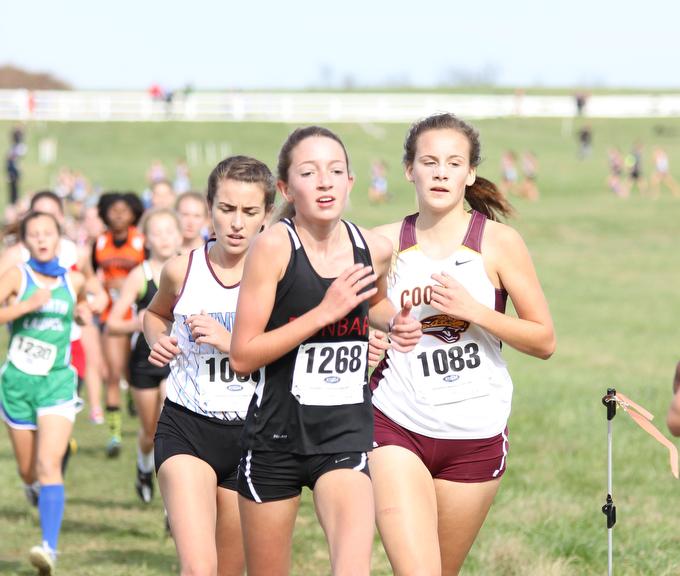 At the beginning of the 2014 season, the girls cross country team was young, starting new with five freshmen. But it was perserverance, not age, that allowed this program to flourish this season.

During the summer, the team trained with neighborhood runs in the Dunbar area to increase endurance.

Once the school year started, the course of training included many more track days which seemed more repetitive to the team having spent the previous several weeks running past scenic horse farms and Beaumont homes.

During these runs the team split up into many groups and ran at their own pace.

As Regionals approached, varsity split from JV, training on their own, taking part in endurance workouts every day after school.

Because of this extra work, the girls’ team advanced to the State tournament on Nov. 8 and seven girls from the team ran the 5K event.

“They had improved so much throughout the year,” said Mr. Daniel Janbakhsh, a first-year cross country coach and Dunbar Englsih and Film Studies teacher. “This year they absolutely earned it, placing fourth in regions.”

Coaches Mr. Janbakhsh and Mr. Zachary Ivester, a Dunbar English and Sportswriting teacher played a large role in preparing the girls to excel.

Sophomore Kasey Sprague said, compared to last year, “Ivester opened up  and trained with us more.”

For senior Cora Florence, however, watching the State race was a little bittersweet. After an ankle injury took her out of practice and races, she still led the team, giving support and encouragement to each girl.

“It was fun being captain,” said Florence. “I was able to grow as a person and take everyone into consideration.”

The girls and coaches practice to win, but having a good time still holds the utmost importance.

The best part about Dunbar cross country is “being on the team in general and getting really close to all the girls,” said Sprague.

That is one thing the team is  sure will continue in the program and it is likely the team will have more successful seasons in the future.