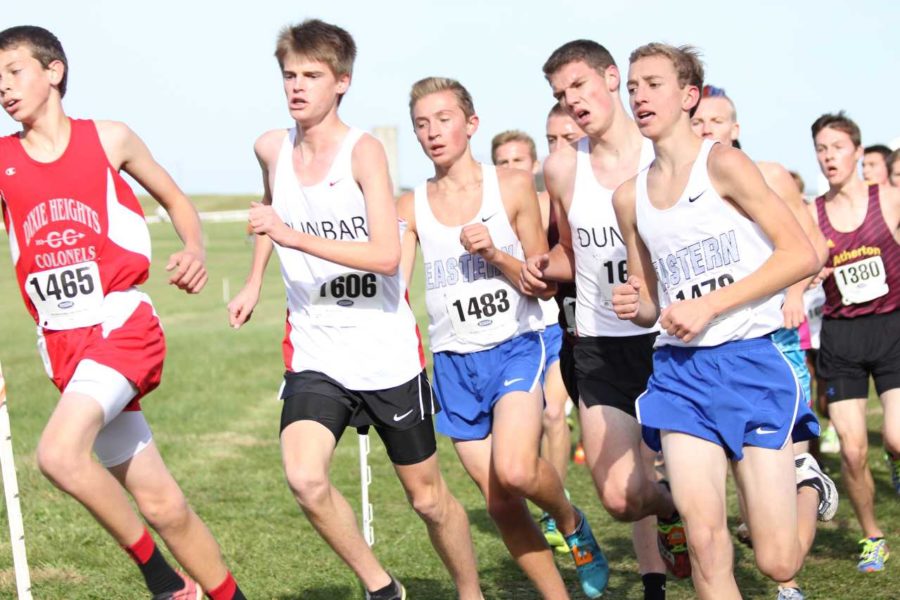 After losing last year’s high-achieving seniors, the Dunbar boys’ cross country team had a lot to live up to.

During the summer months, the team began training, starting off with “easy runs” consisting of four to five miles and occasional workouts.

Once the school year began, they had a weekly routine including, eight to nine mile practice runs, recovery runs, track workouts, finishing off the week with a meet on Saturday. Surprisingly, as the week of Regionals approached, the team began to take it easy to preserve energy.

On the morning of Nov. 1, the team drove to Mason County High School to run against cross country rival Tates Creek.

Both teams ran very well, but Dunbar upset Tates Creek by one point to win Regionals.

Several of the boys stood out with exemplary performances including seniors Elijah Olige and Drew Shoaf and junior Tim Michael. Olige and Shoaf took third and seventh and Michael placed fourth, advancing them to State.

“We knew going into [Regionals] that Tates Creek was the favorite, but if everyone ran their best we could beat them,” said senior Elijah Olige.

The excitement from the win was not only by the runners, but also by the coaches.

Dunbar was one of only five teams of the region to make it to State. On Saturday, Nov. 8, the team had fresh hopes for the tournament.

However, after running the 5k race the seniors realized it would be their last race, bringing a sense of sadness over the team.

“As a senior this is something I will be able to look back on and remember as a milestone my senior year,” said senior Drew Shoaf.