Working Off the Field: Compensating Athletes

Should college athletes be paid for brand deals and performance? 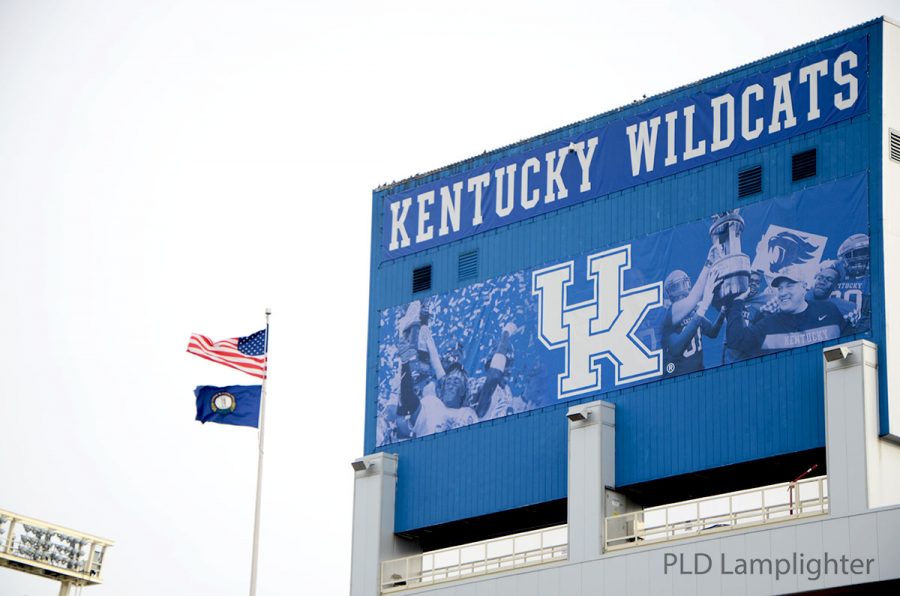 Despite the hundreds of hours they spend in practices and games, UK football players do not receive any payment.

Last year, the total revenue among all NCAA athletics departments was nearly 19 billion dollars, but the talent behind the operation is often under-compensated. The bulk of the enterprise can be attributed to the ones sinking the baskets and running the yards, not the ones on the sidelines. However, as the coaches pocket the money made by their team, the players are simply congratulated rather than thanked.

Most of the controversy comes from the argument that these athletes are signing the next four years of their life to these organizations willingly and should not expect payment for playing at the college level.

The fact is college athletes have agreed to continue to play because most have the intention of going on to play professionally. Focusing more on athletics than academics can put a strain on them in the future if they are not lucky enough to pursue sports as a career. Allowing athletes to accept payment for brand endorsements will give them a financial cushion in the instance that they don’t make it professionally.

At what point does it become wrong to profit off someone else’s success or deny them their right to their name and its benefits? Athletes become assets to the large commercialized business of college athletics: coaches as employers, players as employees, and the American people as consumers.

If revenues were being put towards research or enhancing the quality of education then there would not be as much protest, but this isn’t the case. The maldistribution of money can be seen in the exorbitant salaries of the coaching staff and administrators of the universities.

“We must embrace change to provide the best possible experience for college athletes,” Michael Drake, chair of the board for the NCAA, told CNN.

Elite college sports teams should take this into consideration. Contracts at the beginning of commitment should include a plan of action on how sponsorships and endorsements will be handled. It should specify that a portion of the money made off the monetization of one’s name should then be awarded back to them for their contribution to sales.