Stars of the NFL and NBA have decided to use their platforms to inspire people and support causes and protests. 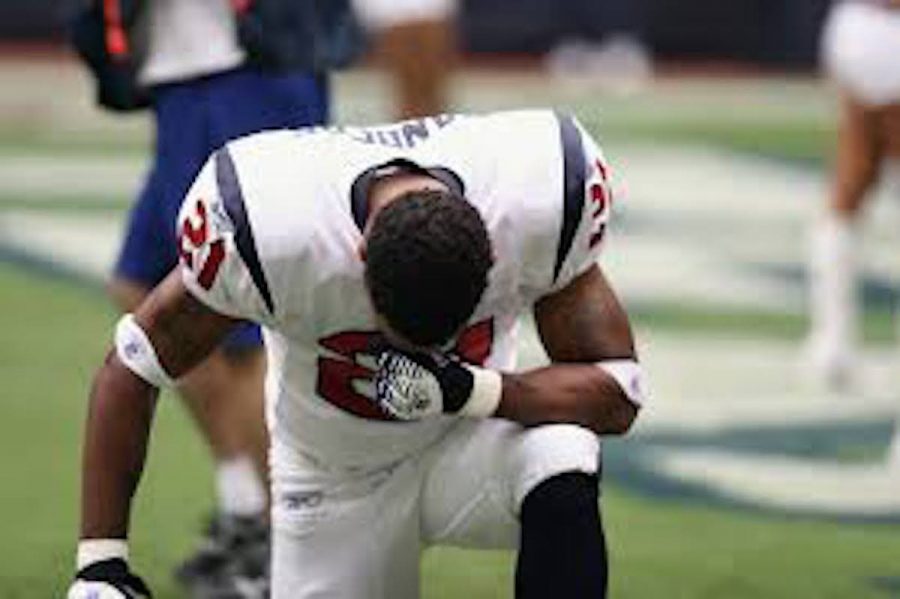 Many NFL players are known for kneeling during the National anthem as a way to protest the racial injustice in America.

The world has had a rough time this year with COVID-19 killing over 990,00 people worldwide to protests all across the world over police brutality and the killing of African American people. These horrible situations have put us all, including some of the world’s most elite athletes in the NBA and NFL through a lot even after preparing for their seasons with the brand new COVID-19 precautions, these athletes felt compelled to speak about the protests and the horrific murders that had occurred to other African Americans like themselves.

Athletes like Lebron James have used their interviews to talk in support of the Black Lives Matter protests and condemn the police officers who have murdered these innocent people. When asked about the killing of Breonna Taylor, James said “we want the cops arrested.”

This is the idea that BLM activists and celebrities alike are trying to raise awareness. The NBA also went through a series of meetings trying to figure out the best way to protest and show support while still getting to play basketball.

The teams also protested by wearing shirts with BLM phrases such as “Say Her Name” and “Black Lives Matter” kneeling or staying in the locker room during the National Anthem, and some even voted to stop the season entirely after the shooting of Jacob Blake.

NFL athletes have also been using their platforms, and as the most popular sport in America, not everyone agreed with what the athletes were doing.

The first game of the NFL season was on Sept. 10 when the Chiefs and the Texans played in Kansas City with 15,895 fans in attendance. Before the game started the teams locked arms at midfield and stood together as a protest against inequality and as a show of unity that everyone in the league is working together to complete one common goal of trying to change our country for the better.

During that moment, fans in the stadium started booing and chanting different things, with one fan yelling “Trump 2020!” These moments are exactly what the athletes want to stop; they believe racism has gone on in our country for far too long.

According to a New York Times article, “A majority of Americans, 52%, approve of N.F.L players kneeling for the anthem to protest the killings of African Americans.”

John Branch, the author of the article, talks about showing support for the protests. He also says that the big problem with athletes protesting is them kneeling for the National Anthem, as a lot of people take this as a sign of disrespect, but activists say it isn’t about them at all.

These people are more than just athletes, they are human beings who are standing up for what they believe in and who are fighting for a better world. Their freedom of speech does not end the moment they walk onto the field or onto a court. These athletes say that it’s about protesting police brutality and the systemic racism people of color have to live their lives with every day.