NBA Playoffs: Who’s it going to be? 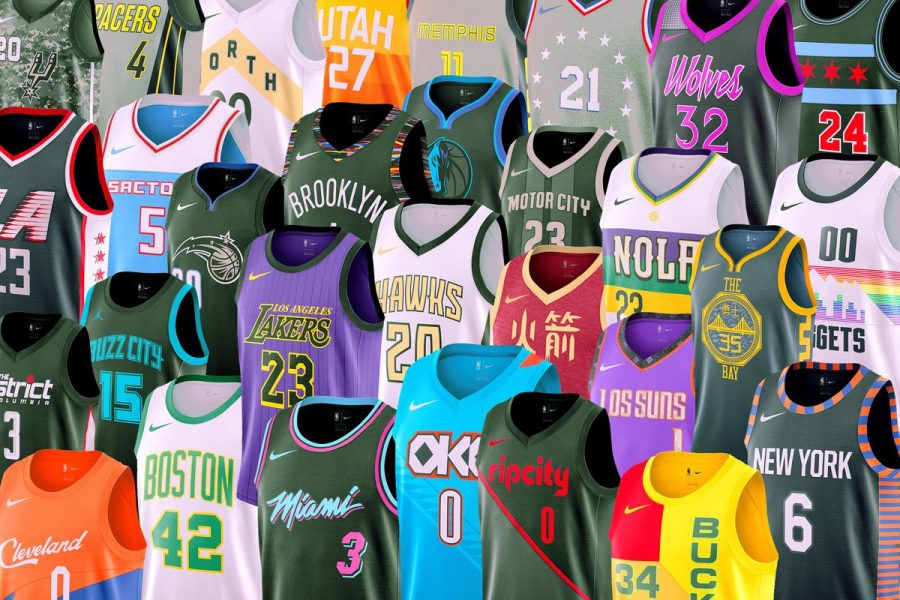 As the season is hitting the All-Star break, teams are making nods toward the NBA playoffs. Multiple teams are standing out for the chance to take home the trophy. Who will be in?
Golden State Warriors
The Golden State Warriors are looking to win their 3rd straight championship. With a starting lineup consisting of 5 NBA all-stars, 2 MVPs and a 1 time Defensive Player Of Year, they are looking impossible to stop. With Kevin Durant leading the way, the Warriors defeated the Houston Rockets in a 7 game series last season. The Warriors lead the NBA in scoring and assists with 119 points and 29 assists a night. They will go on to look for their 4th championship in the last 5 years.
Denver Nuggets
This season, the Denver Nuggets are sitting atop the Western Conference standings with the record of 37-15. With depth and great 3-point shooting abilities, the Nuggets have the potential to go the distance. These young players of the Nuggets are hungry to bring Denver their first ever NBA championship.
Houston Rockets
After losing 3-4 to the Golden State Warriors in the Western Conference Finals, the Rockets started off the season shaky. They lost good perimeter defense and 3 point shooters such as Trevor Ariza and Luc Mbah a Moute, they started the season with the worst record in the west. But ever since Chris Paul went out with an injury, James Harden went off to average 43 points, 8 rebounds and 7 assists in the month of January.
Oklahoma City Thunder
Russell Westbrook and Paul George have easily became one of the best duos in the league. This season, Russell Westbrook has been averaging a triple double consisting of 21 points, 11 rebounds and 11 assists, while Paul George on the other hand has been averaging 28 points and 8 rebounds. Steven Adams has also been very solid on the season, averaging 15 points and 10 rebounds. The Thunder have the 3rd best record in the Western Conference, looking to maintain their winning ways.
Milwaukee Bucks
The Bucks have come around to be the most surprising team in the NBA this season. As they set top of the Eastern Conference at 39-17, Giannis Antetokounmpo is having his best season of his career, averaging 27 points, 13 rebounds and 7 assists a game. With the offseason addition of Center, Brook Lopez, the Bucks have become a dangerous 3 point shooting team. Giannis is breaking down as one of the highest potential to win the MVP award this June. The Bucks hope to maintain pace as they hope to land the top seed in April.
Philadelphia 76ers
The 76ers are making their moves towards the postseason, trading for Jimmy Butler in November and for Tobias Harris in February, who are each potential all stars. The 76ers are setting themselves up for the future by having 4 all stars in their starting lineup. With young talent such as Ben Simmons and Joel Embiid, they’ll be strong for years to come. With a record of 34-20. The 76ers sit 5th in the Eastern Conference, only 1 game behind the Indiana Pacers.
Boston Celtics
The Celtics are starting to get their footing back. With the loss of Kyrie Irving and Gordon Hayward, the Celtics made a run at the Eastern Conference Finals. As they lost 3-4 to LeBron James and the Cleveland Cavaliers, the Celtics are looking strong and ready to make another push at the finals. With getting Kyrie Irving and Gordon Hayward back, along with young talent like Jayson Tatum, Jaylen Brown and Terry Rozier, Boston is looking stronger than ever. With Kyrie’s leadership, they sit 35-19 in the East, making them 3rd place.
Toronto Raptors
After trading Toronto hero Demar DeRozan, the Raptors did not skip a beat. With Kawhi Leonard and Kyle Lowry leading the pack, Toronto sits at 39-16 and 2nd in the east behind the Bucks’. Although the have suffered the Toronto curse recently, this year seems different. 1st year head coach Nick Nurse brings his experience to Toronto to help the young players on that roster. Kawhi comes to Toronto hoping to give them their first championship ever, and his 2nd. His championship experience is expected to carry to Toronto.