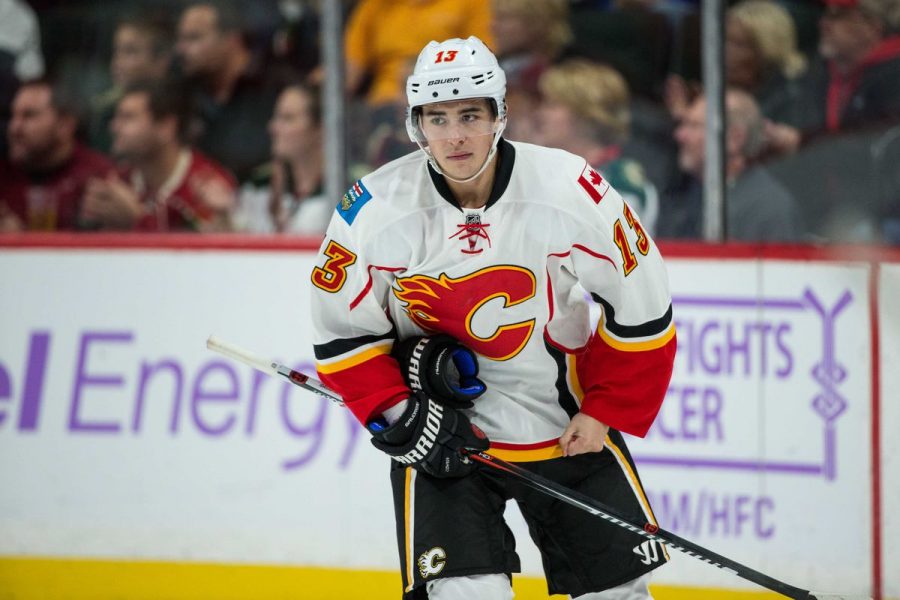 “Johnny Hockey” Gaudreau began his professional career playing in the USHL for the Dubuque Fighting Saints where he lead his team to the Clark Cup. After his time in the USHL, he attended division 1 Boston college to further his career. He remained there for three years, and although they didn’t win any championships, in his junior season he was awarded the Hobey Baker award for being the NCAA’s best player in the 2013-2014 season.

That season he had 36 goals and 44 assists for 80 points in only 40 games and 2.00 point average per game. He declared for the draft after the season where he was selected with the 104 pick of the 2014 NHL draft by the Calgary Flames.

In 2016 he won the Lady Byng memorial trophy gifted to ones that exhibit the best sportsmanship combined with a standard of play. Both reaching the All-star game five times in six years and his NHL stats of 123 goals, 232 assists in only 358 games with a plus 29 plus-minus are awards in and of themselves.

This year, he is on path to have his best season of his career being regarded as one of the most explosive players in the league right now. Nearing the middle of the season, Gaudreau has already totaled 66 points, 26 goals and 40 assists, in only 45 games. Also, he is averaging about 1.5 points a game, has a 18 plus plus-minus and 6 game winning goals. He is already 4 goals away from tying his career high in goals and 18 from his career high 84 points set last season.

With the NHL All-Star game on the horizon, he is set to make his fifth All-Star appearance in just his sixth season.