Three Dunbar students got the chance to compete in the KHSAA Golf State Tournament this year. 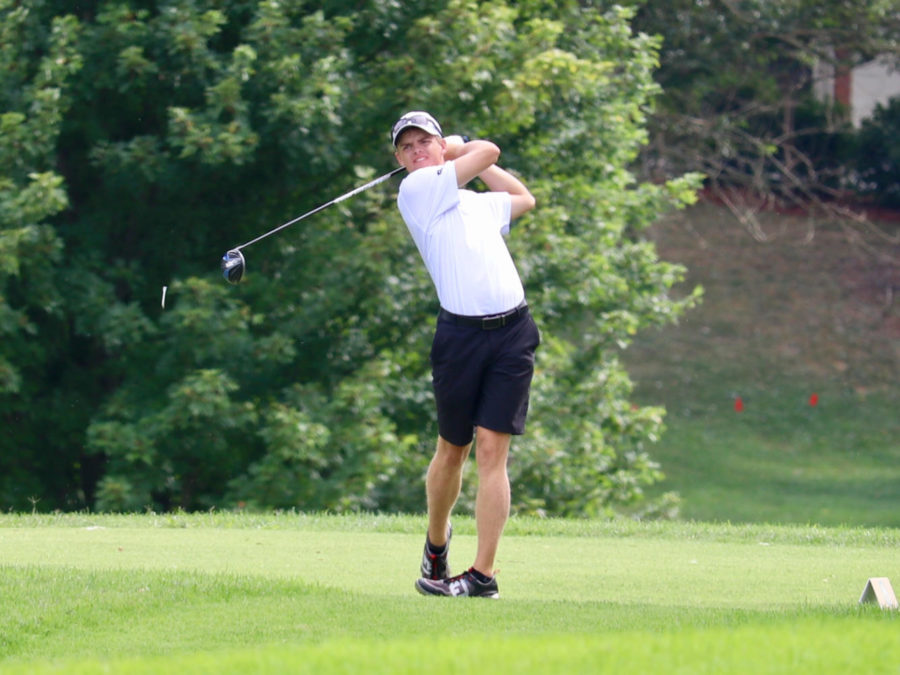 Both the boys and girls golf team have had winning seasons. The boys’ team won the city title and seniors Ethan Hill and Sarah Black both earned the title of city champs. The teams have been competing in tournaments since Aug. 1, that all led up to the regional and state tournaments.

During the last week of September, the girls’ team played in the 7th region tournament. Black obtained a score of 80 and sophomore Maddie Cecil scored a 78. With these scores, Black and Cecil both earned a spot in the state tournament. The boys’ team competed in the 9th region tournament and senior Ethan Hill earned a score of 69, which allowed him to compete at the state level as well.

At the state tournament, Hill tied for 39th place with a total score of 154.  “I’m not sure if I’ll be playing in college or not. I’m still looking at all of my options,” he said.

As the only senior on the girls’ team, Black brought home the highest state ranking for PLD. She tied for 36th place with a total score of 166. Cecil also competed at the state tournament, but was cut after round 1.

Black has been a member of the Dunbar team since she was in seventh grade. Last May, she obtained a scholarship offer and verbally committed to play golf at Morehead State University for the class of 2022.

”My season started off really well. I placed top five in our first four or five tournaments. I defended my city champion title. I placed 4th in our regional tournament. State didn’t go the way I wanted it to but I still managed to finish in the top 20 for All-State points,” Black said.