We stand for democracy and a free press. 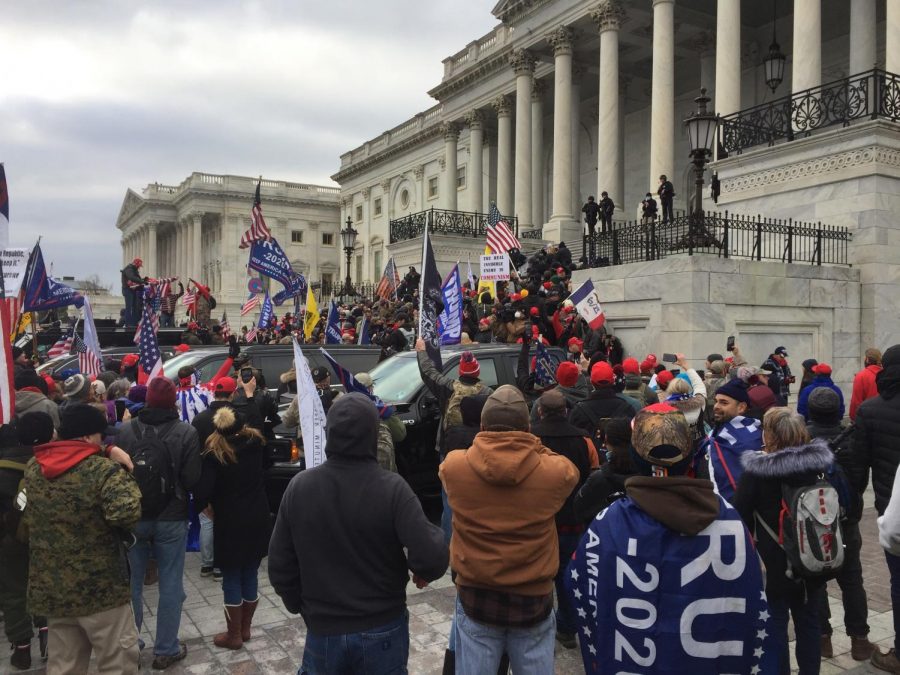 While the right to peaceful protest is enshrined in the Constitution, there is no such protection for violent attacks on our nation's institutions.

On Wednesday, Jan. 6, Trump supporters stormed the United States Capitol. They attacked law enforcement officers and journalists, killing Capitol Police Officer Brian Sicknick while he bravely defended the building. Many of the insurrectionists vandalized the historic building. Others planned to abduct elected officials while there. They were all united by a common goal: stopping the certification of the 2020 presidential election.

In this aim, they were supported by President Donald Trump. In the wake of the election, President Trump repeatedly called the results fraudulent without evidence. Unlike all his former predecessors, he refused to acknowledge the president-elect, Joe Biden, or otherwise lend his support to what had been a fair and legitimate election. And on the day of the riots, Trump told a crowd that “[we] do not want to see our election victory stolen by emboldened radical-left Democrats… We will never give up, we will never concede.”

PLD Lamplighter condemns the acts of violence that occurred on Jan. 6. We condemn the attacks on democracy and on the free press. And we condemn the president’s lies and inflammatory rhetoric which incited this chaos. We extend our condolences to the families of those who lost their lives in the mayhem, and we offer our sympathies to all those injured on that day, including the elected officials who contracted COVID-19 after being forced into lockdown alongside colleagues who refused to wear masks.

We also acknowledge that this violence was expected. Far-right groups openly discussed the attacks on various social media platforms weeks in advance, but federal agencies and law enforcement failed to prepare for the violence. National Guard troops didn’t arrive for more than three hours after the riots. This stands in stark contrast to the police response to Black Lives Matter protests, where law enforcement often acted more aggressively, at times even attacking peaceful protesters.

In the wake of the events on Jan. 6, it is more important than ever that there be a peaceful transfer of power. The Pentagon has deployed 25,000 troops to Washington, D.C., in preparation for the inauguration on Jan. 20. Vehicles are being searched and roads are being blocked off as D.C. prepares for a siege.

If there isn’t an adequate transfer of power, that becomes a threat to our national security. The American people will never have trust in our elections again.

For the safety of everyone including our elected officials, we must move forward.