Go Ahead and Take a Knee

High school athletes have the right to peacefully protest during sporting events, and they should not be removed from their teams for taking a knee. 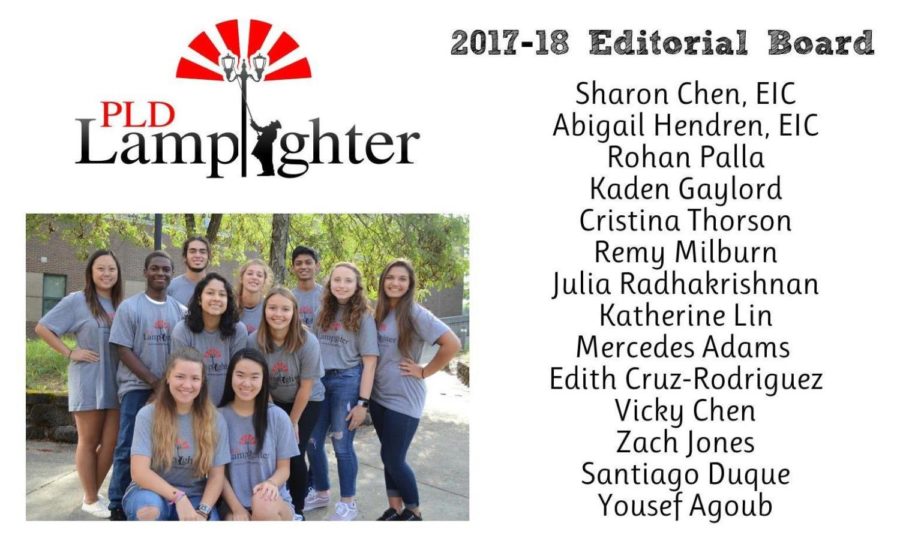 After Colin Kaepernick and other NFL players began kneeling during the national anthem, President Trump said that NFL team owners should force players to stand for the anthem, and fire them if they don’t.

So what does this mean for us as public school students? It means it’s time to review our rights.

As education blogger Evie Blad said, “public schools are about to have a big teachable moment about the First Amendment.”

In this teachable moment, it seems that school officials should review the rights of their students under the First Amendment.

Across the country, public school personnel are stepping over the line of their authority by demanding that we be denied our Constitutional rights because of their own personal beliefs. Courts have ruled in the past that schools can’t force us into acts of patriotism, but there are still school officials who think their personal beliefs trump our rights.

One example is the principal of Parkway High School in Louisiana who wrote a letter stating that student athletes were required “to stand in a respectful manner during the anthem,” and explained that those who didn’t comply could be kicked off their teams.

Shaun King of Intercept posted the principal’s letter on Twitter. After this, the ACLU condemned his actions.

They also reminded public school administrators that part of their job is to train us for participation in a free society. But even though it’s their job to train us, school officials and organizations, like the Louisiana High School Athletic Association, continue to declare that they have the right to make decisions about our participation in patriotic observations.

Debates like this have been battled in court for nearly 60 years.

The first of several Supreme Court cases dealing with freedom of speech in public schools was 1943’s West Virginia State Board of Education v. Barnette concerning whether students should be compelled to stand for the pledge of allegiance.

In 1969, the landmark case Tinker vs. Des Moines concerned students wearing black armbands to protest the war in Vietnam. The decision noted that students do not “shed their constitutional rights to freedom of speech or expression at the schoolhouse gate,” and also drew a line between silently protesting and “disrupting the school day.”

The kids who were wearing armbands were not causing a disruption, so their actions were legally protected. Taking a knee is not a disruption any more than wearing an armband.

The good news is that most students are aware of their rights–more than we expected. When we polled Dunbar students, 71% could name the five protections under the First Amendment.

Common rhetoric is that student athletes are simply mimicking the NFL players without truly understanding what taking a knee means, but this is false. A nationwide poll shows that knowledge, and support, of the First Amendment is strong, not only among students, but also teachers. 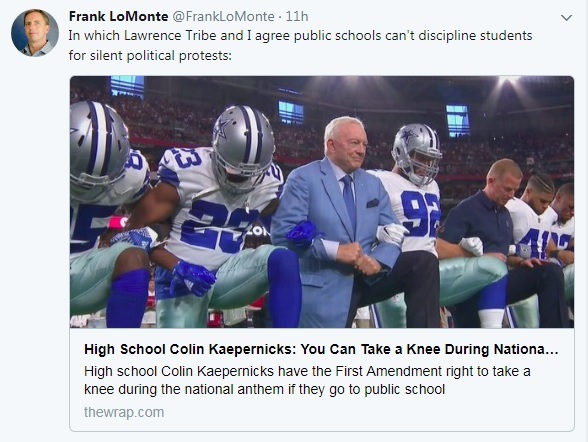 Further, Frank LoMonte, director of the University of Florida’s Brechner Center for Freedom of Information and the former director of the Student Press Law Center explained how an athletic event is even more protected than a classroom.

“…There are people waving banners and painting their faces, there are people getting up to buy hot dogs and talking on their cellphones,” LoMonte said. “In that atmosphere, it would be exceptionally challenging to say that a silent display of dissent is a substantial disruption.”

Silently taking a knee at an athletic event cannot  be argued as a “disruption.” It just doesn’t make sense.

Not only that, but it’s our right to protest in a way that promotes discussion of issues we feel are being ignored. In fact, we think that our ability to try to combat injustice is our obligation, not only for our generation, but for future generations.

As the Washington Post noted last year, “many of the past protests that we now laud as landmark events in our history were not popular at the time.”

It’s time for us to be brave, and to be allowed to express our beliefs. This all starts with education, and a deeper understanding of what it means to heal our country’s wounds.

When an eight year-old was asked what she thought it meant that some of the players on the Ravens knelt during the National Anthem, she said, “I guess they think that our country is hurt, and they are hoping that it will get better.”

Editor’s Note: Of the 14 PLD Lamplighter editorial board members, 13 were in agreement with the statements in this editorial, and one was not. Our editorial policy is to publish the majority’s stance on staff editorials while acknowledging dissenting opinions.

The dissenting opinion is “even though we all have our troubles in the United States, to be truly ‘united,’ we need a time where we all stand together no matter what protests occur outside that stadium.”