The Joy of a New Puppy 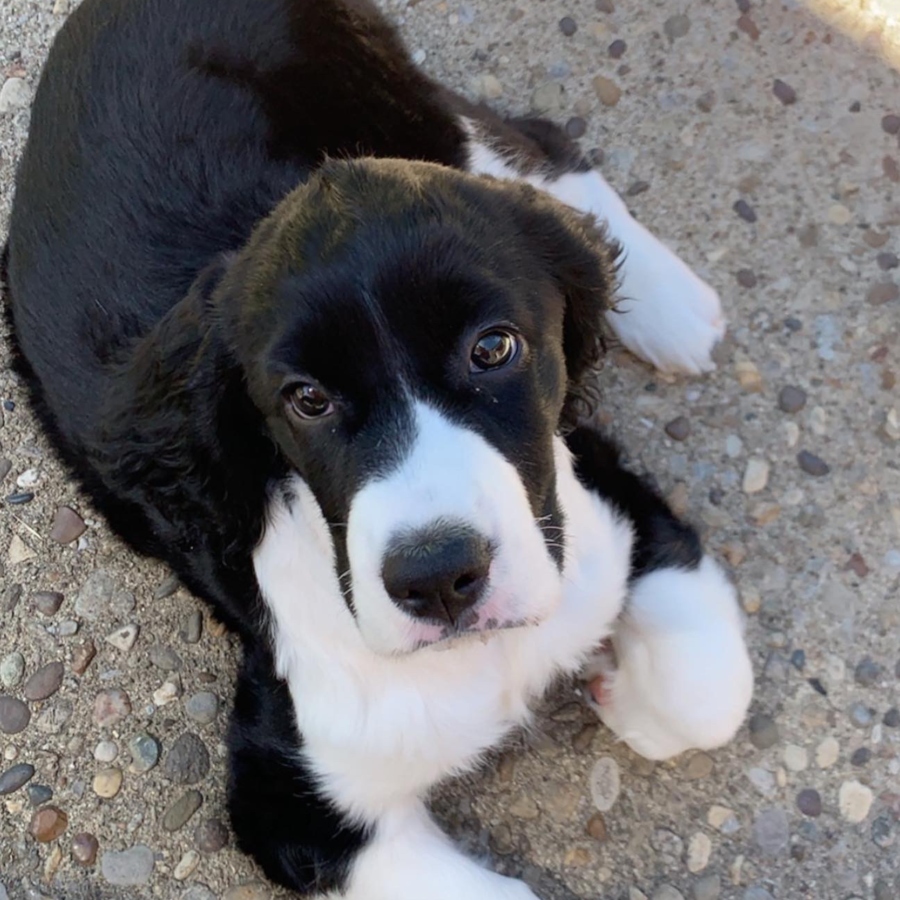 Ruby Mae, the newest edition to the Abell family.

You never realize how tired you can be until a new puppy is brought into your house.

Puppies are like little babies because they require constant attention and love. They will also be the first to whine if their needs aren’t met.

My family brought home a small black and white English Springer Spaniel puppy named Ruby Mae. Now, don’t get me wrong, she is the sweetest puppy, but the sleepless nights and the constant biting has begun to take a toll on me.

The first night we brought our puppy home consisted of her wandering around our house and taking in all the unfamiliar smells is.

At that time, she was too timid to act out; she was the “perfect puppy.”

Then, as you can already predict, she became the boss of the house. Despite her sassy attitude, though, she has brought my family many laughs.

My favorite thing about Ruby is her curiosity. She is always taking in her surroundings whether it’s the birds chirping or the leaves blowing; she is always interested.

The astonishing thing about puppies is their energy. They are always up for a walk or a good game of tug of war. But there have been several nights when I woke up to her tiny face pulling my hair at 4 a.m. These times were not so fun.

Ruby keeps my family in line.

Her frequent activities include chasing our pet rabbit around the house and biting our older dog. Don’t be deceived by her cute appearance, she can be very feisty when she wants to be.

Since we’ve had her, she has learned so much. Recognizing how to sit, shake, lie down, and even being potty trained is really impressive.

It really is like starting from square one when you bring a new puppy into your home. You have to teach them all the ropes.

I wouldn’t exchange the joy this puppy has brought to my family for anything.