Indian Boy: I Tipped Off A Butterfly

The lives of common men are often left unseen and, as such, are the lives of common Indian men. However today, stories big and small will be brought to attention. As a new addition to the many individual stories traveling Paul Laurence Dunbar High School, PLD Lamplighter presents “Indian Boy,” a trilogy of common tales by our broadcast editor Rohan Palla. 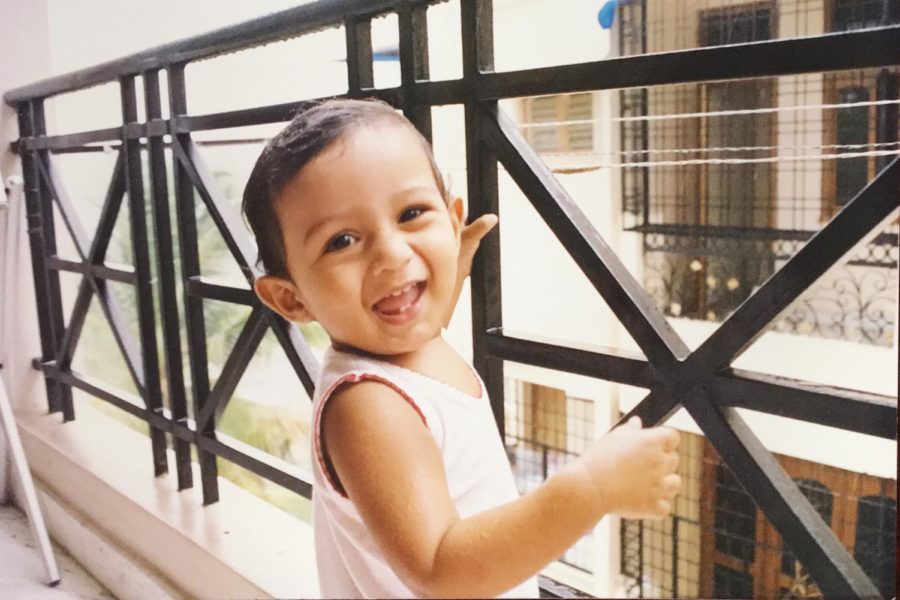 The definition of the butterfly effect is “the sensitive dependence on initial conditions in which a small change in one state of a deterministic nonlinear system can result in large differences in a later state.” For example, a butterfly flapping its wings in New Mexico can cause a hurricane in China, or eating a banana in India can lead to where you see me today–PLD Lamplighter.

School was canceled that day. It wasn’t a snow day (obviously) but a “band” (BUN-duh). In Hindi, that means a shutdown as a result of street protests. With school canceled, I stayed home with an appetite. Due to the shutdown, bananas were the only food available to me, but I still hated them. I decided I’d rather wait and threw the banana off the terrace. I was on the top floor, so I wasn’t particularly aiming for anything but it did hit a man below. When I told my mom, she quickly ran out and told me I hit the newspaper man. I felt bad but at the same time, I didn’t know much about what a newspaper was. When he finally made his way to our apartment, my mom apologized and bought a few extra copies. And that’s how I discovered journalism. I wish, but how could my story end right there?

His paper headlined that the cast of Power Rangers would be coming to our local plaza. Some kids like the Power Rangers, some love them and some basically are them. I fall into the latter category. On the day of the event, I was so excited that I almost failed my third-grade pottery class. I kept zoning out during the instructions so when the time came, I just mirrored my friend’s clay bowl but I couldn’t even cheat properly. When I made the bowl, I had carved his name into it as well.

It was all right because the Power Rangers were only a few hours away. My grandmother and I caught an auto-rickshaw and rode to the event. Hundreds had gathered and frankly, I felt a little threatened. However, I must say that the Ranger’s bravery and heroic outlook that lifted the spirits of hundreds motivated me to make a change.

Arriving in America, I tried to become the best version of myself just like the Rangers. I started making action movies and tried to add more ‘spice’ to my life. Just like any other dreamer, it took me some time to find my footing–literally. On my first day of school in Chicago, I tripped down the stairs and broke my nose.

A few days later, I was trying to make a movie with a fire scene in it. In most Indian homes, the family dedicates a room for daily prayer with figures of the Hindu deities surrounding a small pot of fire. I took a piece of paper and dipped it into the pot. Of course, the scene looked stunning, but I was soon met with anger when I decided to throw that paper onto our wooden terrace. Luckily, my parents arrived before things spiraled out of control but that incident led to my father missing his interview for the Illinois Children’s Hospital. As a result, we moved to the only other place he could find an open position: Lexington, Kentucky.

To my misfortune, I ended up in a community with no talent or interest in media. So I pursued whatever was closest and joined the Student Technology Leadership Program. After several years of building robots and developing apps, my adviser nominated me for a technology summer program which I discovered also offered film and digital media courses. Little did I know that the camp was a money-grabbing low-quality place which invites anyone willing to pay the steep price. Nevertheless, I signed up and flew to New York City for a week.

It was my first time traveling alone and I desperately attempted to suppress my nerves. That did not last long because as soon as I got to the JFK airport terminal, the announcer said: “We are on our way to Jamaica station.” I started panicking and asking others for help. I thought my life was over. I would be a little Indian boy living in Jamaica.

I soon found out that the terminal didn’t actually lead to Jamaica; the airport staff just decided it would be a creative title. Who does that?

I arrived at the group meeting spot late so I was on the last bus out. Everyone at the camp had already chosen their field of interest so I was put into the group I wanted the least: journalism.

Journalism had its bright spots, such as my friend Patrick, who helped me settle in after the hectic journey and mishaps. In new experiences, I usually find that one “brown” kid to befriend, but (expectedly) I was the only one there, so Patrick’s friendship was important.

On the third day of camp, the journalism group took a field trip to Times Square to report on the diversity of New York’s lifestyle. Patrick and I struggled to approach anyone and eventually found ourselves at the end of Times Square. Just as all hope was lost, a large Black Lives Matter protest unfolded before us. I grabbed my camera while he pushed through the crowd to get a better look. It was unnecessary because soon, dozens of voices came to my camera asking to be interviewed. After our documentary’s success, I found my passion and began to actively seek out ways to follow it.

When I returned home, my advisor asked me to represent STLP at the freshman orientation so I came into the school and set up my booth. As I stood in front, another group started setting up across from me–PLD Lamplighter.

I originally thought I had tipped off some butterfly which had shifted winds, throwing my life into a hurricane. But it blew me to the very spot I needed to be.