The ACT Lied To Us

The standardized test organization misled its test takers by promising changes that would never actually come. 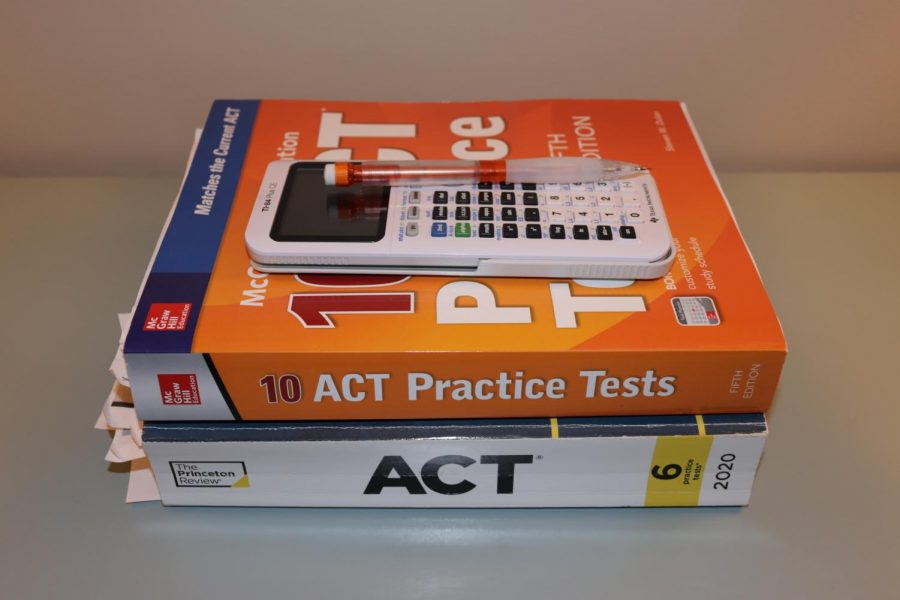 After using practice books like these to prepare for the ACT, students were disappointed to realize they weren't getting the test they'd expected.

Earlier this year the American College Testing, or ACT, announced they would be changing their exam to be more flexible for students. The changes would allow individuals to retake specific sections of the test and would create an online version of the standardized test by September.

These new method would benefit students for reasons including the timing and locations of the tests.

For instance, those who have trouble keeping their attention could take the test in 40 to 60 minute sections rather than sitting through four grueling tests for four hours straight. Those who don’t have transportation to take them to a testing site could take it at home, and those who are uneasy about leaving their house during the COVID-19 pandemic could avoid the anxiety of going to a testing site.

However, these benefits were lost when the ACT postponed the start of section retakes and online tests without warning.

My twin, Camille, and I registered to take the ACT at the beginning of July. Initially, we planned on only retaking two specific sections each to save time, energy, and money. However, when registering, the only testing option was to take the whole exam.

We called multiple people and emailed the ACT to find out why, and we were assured that we would receive a response shortly. However, a month later we still had no answer to our question.

Eventually, we found an article from late June explaining that the changes the organization claimed would be available had been postponed.

Creating a completely new format for a four-hour exam is, understandably, a daunting and time-consuming task; however, the College Board created shortened online tests and provided two test dates to give students flexibility and convenience for AP testing in a matter of two months to allow students to take their tests in May and June.

We are still in the midst of a pandemic.

Those who rely on public transportation may not feel comfortable or be able to travel to and from a testing site. Others may experience anxiety from being in a confined room with multiple other people that may or may not have been in contact with someone who has tested positive for COVID-19.

Companies like the ACT should be working to accommodate their consumers, and should follow through with their promises.