Why People Should Protest

By organizing or participating in a protest you are standing up for what you believe in and people notice your presence. 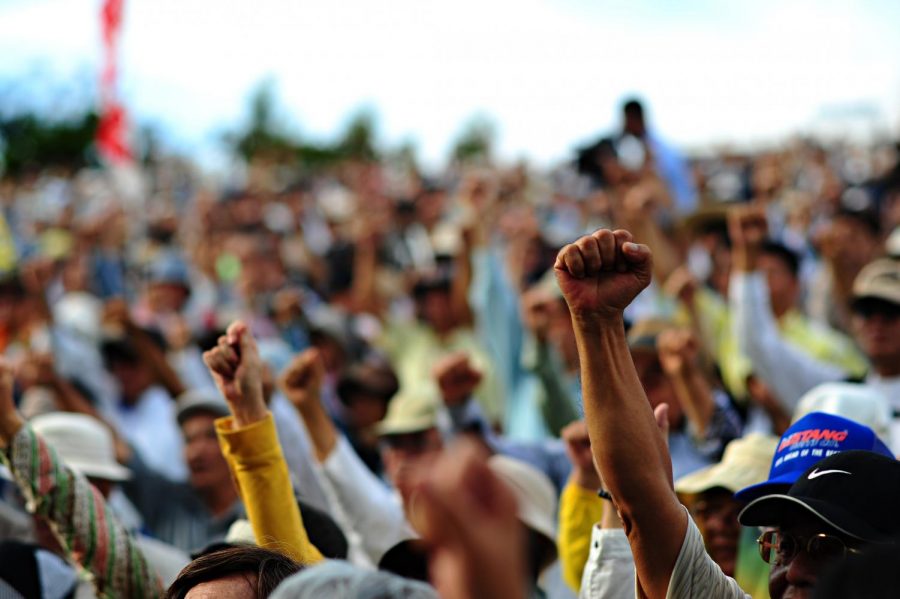 People raising their fists in protest

A protest is a statement or action expressing disapproval of or objection to something. The number of people involved or the seriousness of a protest can vary, but they all have a similar goal: to make their opinions heard.

Whether it’s something local like the teacher pension “sick out” or much larger like protests taking place in Hong Kong, both groups had the courage to stand up and actually do something to make a change.

If you sit at home thinking and wishing about the change you want, nothing will happen. But as soon as you put in the work, great things can be achieved.

There are many different things you can do to protest, taking part in a march or a strike, organizing or attending an assembly, and speaking to the media.

Taking part in a march or going on strike has been a form of protest for a long time. It is a simple and effective method. While marching, you increase the visibility of your cause, meaning people uninformed of the issue will see it, and could possibly join in. This added attention can build and have a snowball effect, bringing in lots of other protesters.

Also, you demonstrate a strong sense of power when you show out and are not afraid to stand up. People of power will notice and although they may not act, they see what you are fighting against.

Sometimes the movement doesn’t seem to be enacting change, but when the unity of people becomes stronger, so does the fight for what you are protesting against.

If you want to make a change, standing up and making your voice heard is the best thing you can do to show how serious you are about fixing things.