Being Vegan in a Meat-Eating World

Changing my eating habits has opened my eyes to the cruelty of livestock treatment. 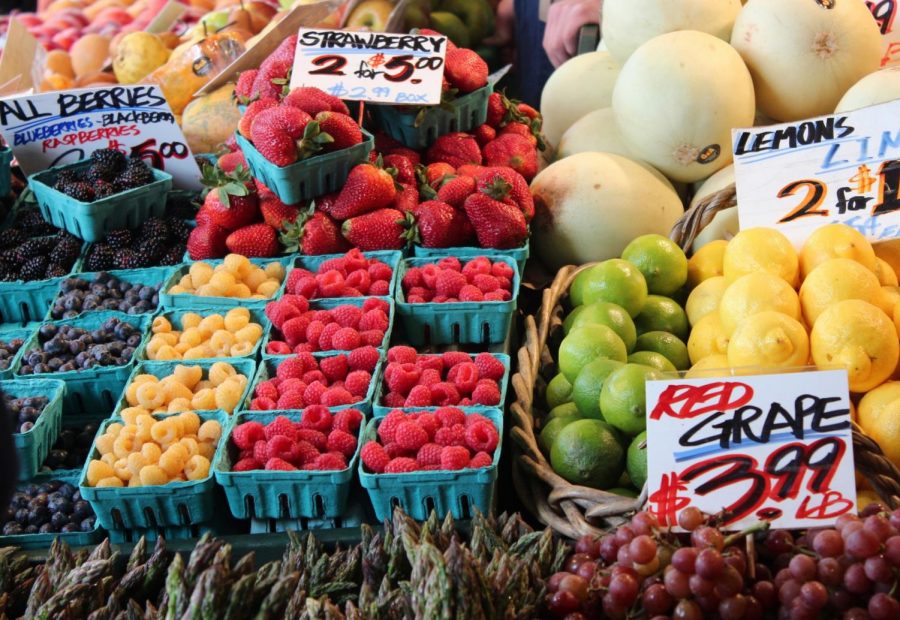 There is a large variety of vegan food options available.

When I was growing up, eating meat and going to places like Chick-fil-A was a normal, once-a-week type thing. This all changed when I realized how unhealthy it truly is.

According to the American Cancer Society, “…eating 50 grams of processed meat every day increased the risk of colorectal cancer by 18%. That’s the equivalent of about four strips of bacon or one hot dog. For red meat, there was evidence of an increased risk of colorectal, pancreatic, and prostate cancer.”

The benefits of veganism are numerous ranging from environmental well-being to personal health advantages. This summer, I wanted to try something new that would be beneficial so I decided to not consume or use animal products.

At first, it was difficult and tiring. I was continually looking for alternatives to foods that I loved. Because my family wasn’t vegan, they ate meat and dairy products while I ate my vegan meal. This made it especially difficult to resist the temptation, but I pushed through.

Surprisingly, a lot of the foods that I already consumed were vegan, and this made it easier for me to continue. Fruits and vegetables were the main part of my meals, and almond-milk was used in every recipe. Over time, I forgot what cow’s milk, cheese, and meat tasted like; it was like they never existed.

Taco Bell has plenty of items that you can “turn vegan” by taking out ingredients such as cheese and meat and substituting in items like avocado and black beans. Burger King is also considered vegan-friendly with its new addition to the menu: the Impossible Whopper.

Another thing that kept me going was thinking about environmental benefits. Throughout my first few weeks, I read many blog posts and researched studies done on the advantages of being vegan. This helped me to learn more about the effects of meat-eating on our carbon footprint, something that needs to be reduced.

According to The Independent, “Researchers at the University of Oxford found that cutting meat and dairy products from your diet could reduce an individual’s carbon footprint from food by up to 73 percent.”

When you stop and think about it, some of the world’s problems could be solved if people became vegan. Even though it seems extremely difficult, a vegan diet is easy to get used to if you have the right motives. From cancer, our carbon footprint, or land use, veganism could potentially solve a ton of issues in our lives.

Becoming vegan was not only a healthy decision but an eye-opening experience. I started thinking more about animals’ feelings. I had a new outlook on nature and the animals that interact with us.

If we were to see “dog” written on a menu, we would immediately feel disgusted and saddened by the thought of someone eating a cute little puppy. We order chicken fingers and hamburgers without even batting an eye. To me, this is crazy. It’s all about perspective, and mine has definitely changed.