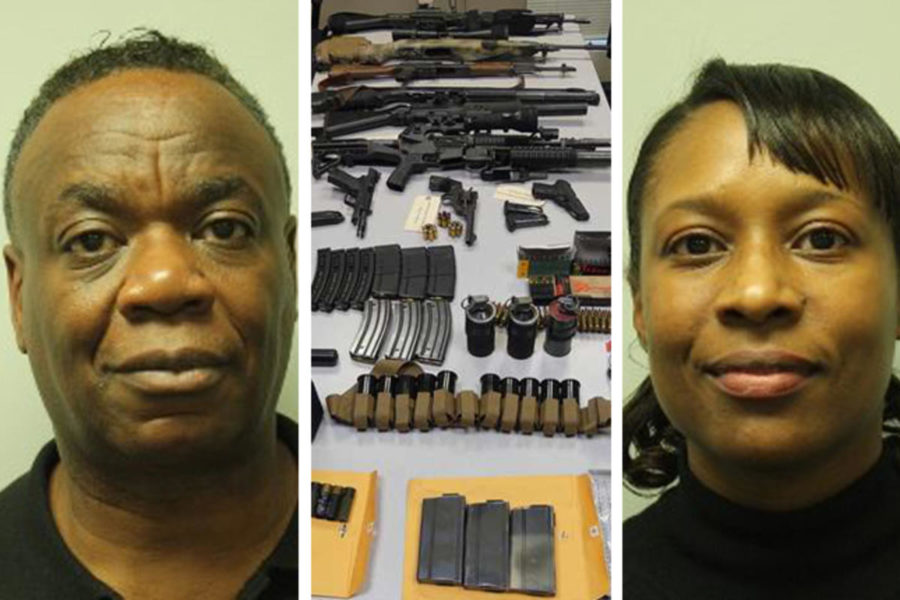 Just days after students across America took gun-related activism into their own hands, a Texas couple staying in Tewksbury, Massachusetts, was arrested for possession of a mass number of firearms. 59 year old Francho Bradley called the police insisting that someone was trying to break into his room. When police responded, they found over 40 weapons in Bradley’s room and car.

Cases like the Tewksbury incident are keeping the issues of gun control legislation and fear of gun violence on the minds of students, particularly as it took place three days after the March for Our Lives.

At Dunbar, students reacted to the details of the case.

“Nobody has the need for that many firearms,” said senior Ellora Kamineni. “The fact that they were being stored in a hotel room with hundreds of unarmed people nearby is frankly terrifying.”

Bradley pleaded not guilty and claimed that his weapons were necessary should he be called into duty. Though he refused to say who he works for, he claimed to work for a government agency. He also claimed to be a former employee of the Los Angeles Police Department.

“The man in questions’ story about needing multiple guns to deal with a virus is completely implausible and shows the need for extensive background checks in the sales of firearms,” Kamineni said.

Senior James Brandewie, however, disagrees with the direction of current gun control activism.

“I would say that I think [the Tewksbury incident] is terrible, but the direction we are currently going in isn’t the right one,” he said. “Gun control isn’t the problem, but mental health is.”

With more incidents of gun related violence, it is clear that students feel there needs to be action whether it is with new legislation or an emphasis on mental health services.