During finals week, it's not uncommon for students to ramp up on caffeine to study, but is it safe? 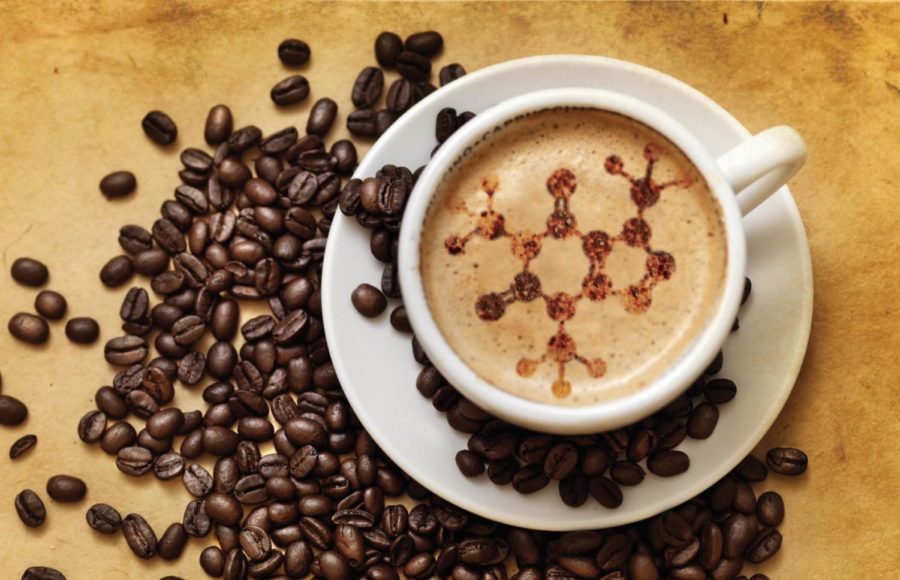 Imagine relaxing in the evening, watching Netflix or cramming for a test, and suddenly it’s 1 a.m.? Most students have found themselves in this situation at some point. The next morning, many look for a quick fix: caffeine.

Several PLD students were polled on whether or not they drink beverages containing caffeine on a regular basis, and 62.5% responded that they consumed caffeine regularly.

Caffeine is found in many beverages and can prevent drowsiness and keep the brain active, despite lack of sleep or rest. Of the students polled, many said that they consume close to 400 mg of caffeine per day which, according to the Mayo Clinic, amounts to four cups of coffee, 10 cans of cola or two energy shot drinks.

According to Ted-Ed, “Over 100,000 metric tons of caffeine are consumed around the world every year. That’s equivalent to the weight of 14 Eiffel Towers.”

Caffeine is a natural stimulant that can keep people functioning for as long as six hours without serious rest, but most students don’t know exactly how caffeine affects the body.

On caffeine, the brain continues to function at a high capacity because of  molecules known as adenosine. These molecules fit into receptors in the brain where they release chemicals that cause the body to function more sluggishly, but the molecules are blocked when a person consumes caffeine.

In small amounts, this doesn’t cause major problems. However, according to Ted-ed, the brain can adapt to regular consumption of caffeine by manufacturing extra adenosine receptors. At that point, a person may need to drink more caffeine to stay awake and functioning.

During high stress times like finals week, students need to understand the side effects of consuming large amounts of caffeine.

Ingesting more than 500-600 mgs of caffeine can lead to insomnia, nervousness, restlessness, irritability, an upset stomach, a fast heartbeat and even muscle tremors according to Medical News Today.

“I’ve gone off of caffeine because it gives me a lot of anxiety and heart palpitations. You go on this really energetic high, and the time seems to move 10 times faster,” said freshman Jocelyn Chen. “Then you crash.”

It’s not easy to wean yourself off caffeine. Regular drinkers may experience withdrawal symptoms when they start to drink less caffeine including headaches and tiredness.

“I had headaches for weeks,” said Chen.

Many students have become reliant on the power of caffeine, but they should be knowledgeable of both the risks along with the benefits.