Is It Too Early for Christmas Music?

With the holidays approaching, don't forget to appreciate Thanksgiving 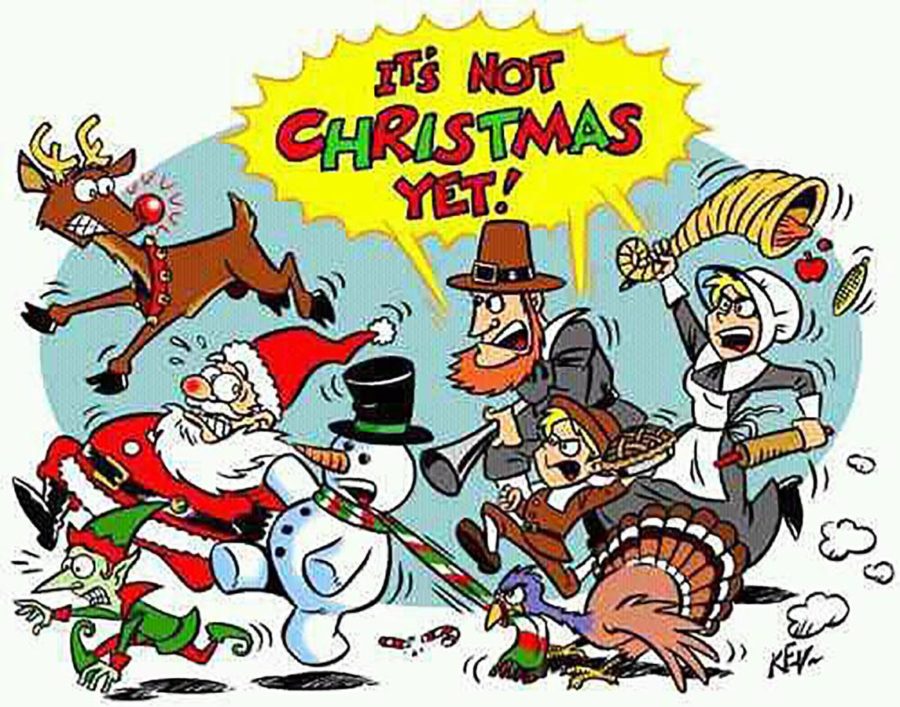 As the weather gets colder and the days get shorter, everyone begins to anticipate the end of the year.  Often times, people are so excited for Christmas that Thanksgiving gets pushed to the side.  Stores are advertising great deals on gifts, and Christmas music has been playing on the radio for a week now.  How early is too early when it comes to celebrating Christmas? 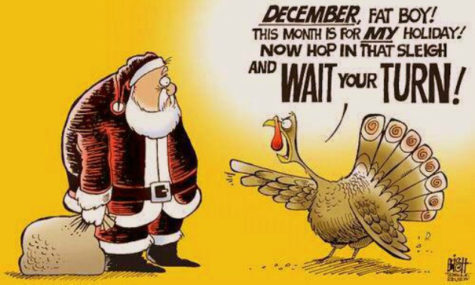 It is understandable to look forward to Christmas.  With two weeks off from school (after surviving finals), lights illuminating the night, the smell of pine in the living room and maybe even some snow, it truly is the most wonderful time of the year.  With all this excitement, some people are ready for Christmas as early as the end of October.

As the season becomes more commercial and companies begin advertising the holiday deals even earlier each year, the immediate jump to Christmas is becoming more prominent.  Lost in all of this eagerness is the appreciation of all the good things one already has. 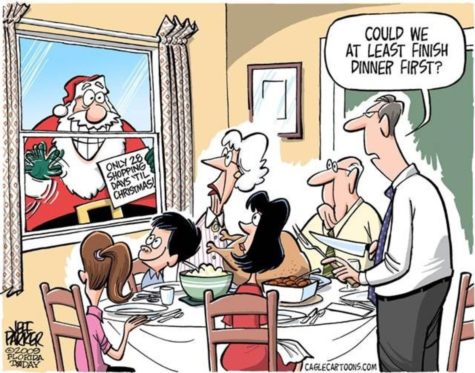 Thanksgiving is truly an American holiday.  It originated in this country when Englishmen and Native Americans came together in the land that became known as ‘The Great Melting Pot’.  On Dec. 11, 1620, a group of Europeans known as the Pilgrims landed on Plymouth Rock.  After suffering the harsh New England winter, the Pilgrims became acquainted with local Native Americans and their leader, Squanto who taught them to plant crops. The Pilgrims were so grateful to have survived the brutal year that in the fall, they held a great feast with the Native Americans to give thanks.  While this feast did not become an annual tradition until later, every few years, the Pilgrims would have a day of celebration in honor of everything they had.  Finally, in 1863, President Lincoln proclaimed Thanksgiving as an official holiday to be held on the last Thursday of November.

There may not be songs written about Thanksgiving, and there may not be many ways to decorate for the holiday, but this November, take some time to celebrate the important things in life.  Regardless of whether they admit it or not, everyone has something they cannot live without. Whether that is family, an education, a good friend or Netflix, now is the perfect time to be grateful for it.