Following the recent attack on the Capitol, platforms such as Twitter removed the president for inciting violence. 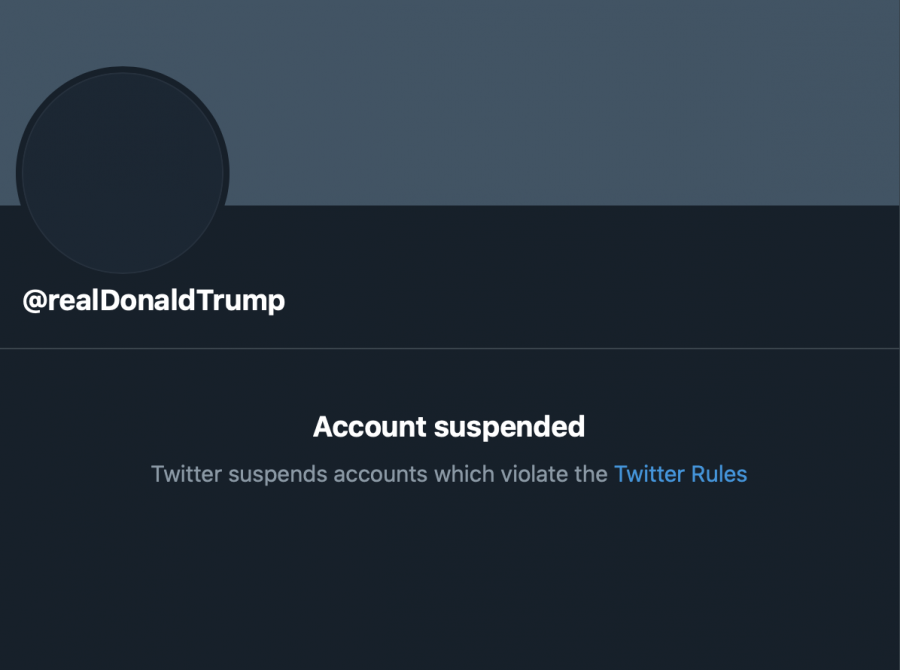 Screenshot by Max He

On Jan. 8, Donald Trump was permanently banned from Twitter following the violent attack on the Capitol by a mob of his supporters. Many criticized and accused Trump for inciting the mob to act through his words and Tweets.

Two of Trump’s tweets from Jan. 8 were flagged by Twitter to be put under review.

The first tweet read: “The 75,000,000 great American Patriots who voted for me, AMERICA FIRST, and MAKE AMERICA GREAT AGAIN, will have a GIANT VOICE long into the future. They will not be disrespected or treated unfairly in any way, shape or form!!!”

The second: “To all of those who have asked, I will not be going to the Inauguration on January 20th.”

After Twitter and other social media sites faced backlash from the public for allowing Trump to use their platforms to incite violence, they took measures to restrict the then-president’s internet presence. This decision came after lengthy discussions between Twitter’s executives and policy makers. Twitter’s higher ups decided that Trump’s tweets were dangerous enough to warrant the company shutting down his account. Choosing to do so set a precedent that the Internet could not remain a place where free speech had no bounds.

“This moment in time might call for this dynamic, but over the long term it will be destructive to the noble purpose and ideals of the open internet,” Dorsey said.

However, he also emphasized the importance of preventing further violence and harm that might potentially stem from social media.

“Offline harm as a result of online speech is demonstrably real, and what drives our policy and enforcement above all,” he said.

After the permanent suspension on Twitter’s platform, other social media companies such as Facebook and Youtube followed in their lead, banning and blocking the President’s accounts.

Many saw the ban from Twitter as the most significant, though, as President Trump left a lasting legacy on the platform. The words “Trump” and “Twitter” often found themselves in the same sentence, and now they will be joined by the word “banned”.