On March 29, Kentucky legislators passed SB 151, a bill that reforms the current pension plan in light of the state’s nearly bankrupt pension fund. Educators across the state are outraged. 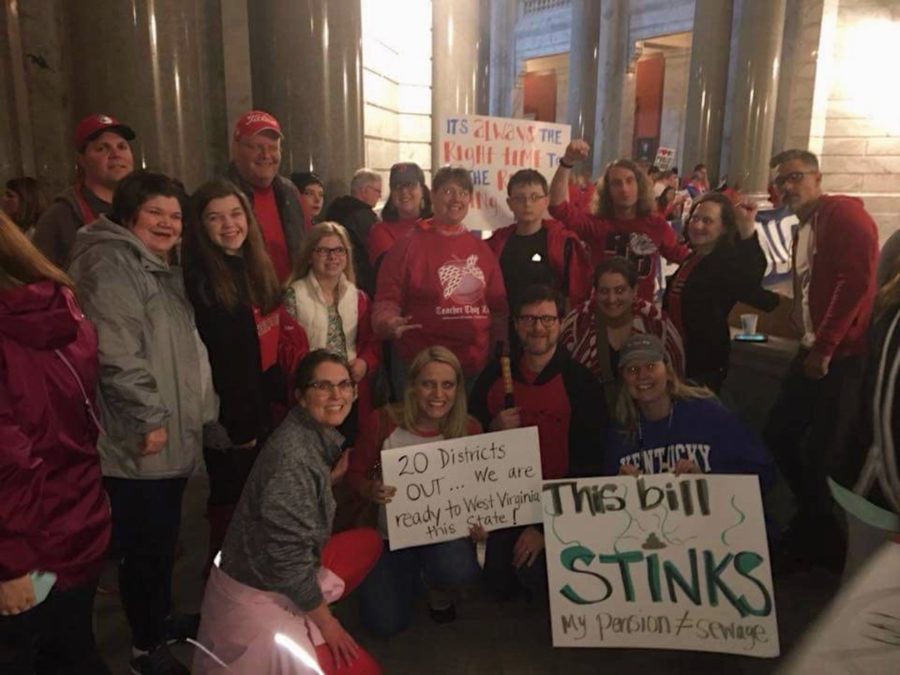 Early Thursday evening, a special session was called to vote on the newest version of the proposed pension reform, Senate Bill 151. The unplanned session was met with outrage by Kentucky educators as the new revision did even less to address the state’s retirement debt than its predecessor and was attached as a rider to an unrelated sewage bill.

Kentucky teachers and government workers watched in horror in the house and senate galleries and through livestream as legislators voted 22-15 in favor of passing SB 151. In the background of the live feed, chants of “just vote no!” were audible, as well as cheers in support of con speeches.

The revised bill no longer contains one of the most controversial aspects of the original version, which would have cut the cost of living expenses for retired teachers, but it includes big changes for new teachers. Changes that many current teachers say will create a problem for Kentucky by limiting its ability to recruit quality educators.

SB 151 will shift teachers hired after Jan. 1, 2019 to a hybrid cash balance plan which is less generous than a defined balance plan but less volatile than a 401(k). According to the Herald-Leader, 9.105 percent of teacher salaries will be contributed towards retirement with the state and school system contributing 8 percent.

The bill also changes retirement eligibility to 65 years old with five years of service or 87 combined years of age and service and prevents teachers from counting sick leave payments towards their retirement fund.

Many senators spoke on this bill, including Lexington Senator Reggie Thomas.

While many members of state congress stated that they did not believe this reform addressed the issue at hand appropriately, others neglected to finish reading the 291-page piece in the allotted amount of time.

About half an hour after the passage of the bill, the Fayette County canceled school for Friday, March 30, due to more than a third of employees calling in sick in protest.

Many Dunbar teachers went to the Capitol on Friday with other teachers, students and citizens gathered to protest the passage of SB 151. People chanted and made signs with messages such as “A Pension is a Promise,” “#VoteThemOut,” and “We Will Remember in November.”

“Request meetings with your representatives. I know this session is almost over, but we can’t give up. We have to hold the line until the very end,” she said.

A rally is planned for Monday, April 2, in Frankfort to speak out against proposed cuts to education.