On August 27th, a team of writers from the Lamplighter attended an anti-bullying press conference and rally at central office, and learned what Fayette County is doing to make our schools a better place. 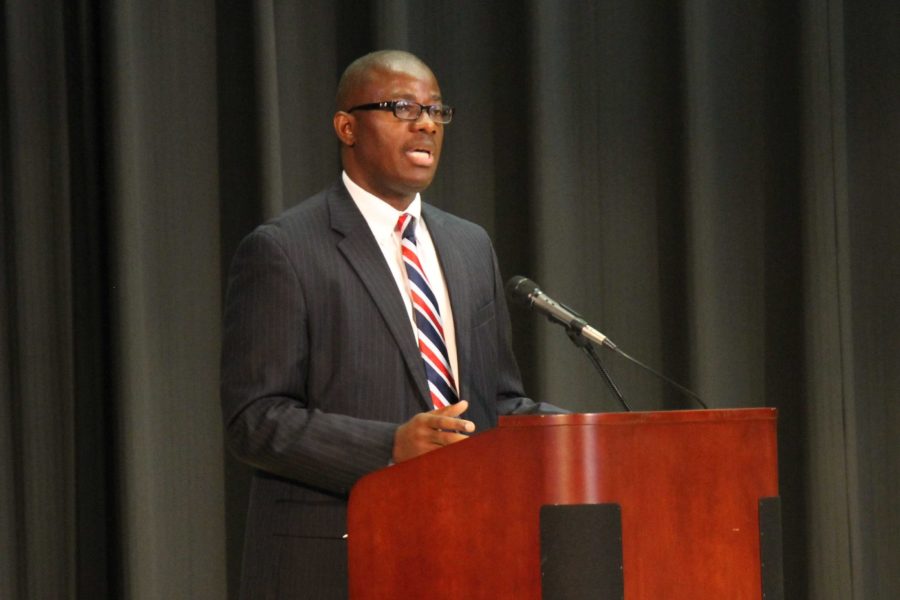 Ask any student who walks the halls at Dunbar. They have all either witnessed bullying firsthand, been a bully, or been bullied by a peer if they aren’t being bullied right now. This is an issue that is prevalent in our schools from the first day of kindergarten to the last day of senior year, and Fayette County is one of the major school systems trying to make a difference.

Dennis and Judy Shepard were present at the Anti-bullying rally to speak firsthand about their experience with bullying. Their son, Matthew Shepard, was brutally tortured and left to die in 1998 at age 21 by his fellow students at the University of Wyoming, simply for being gay.

The Shepards know first hand how cruel bullying can be among students, and strive to use their foundation, the Matthew Shepard Foundation, to educate about and prevent bullying from a young age.

Prominent community figures were present at the event, including superintendent Manny Caulk and mayor Jim Gray. Mayor Gray spoke openly about his experiences as an out gay mayor and growing up being judged, encouraging students to, “do what [he] didn’t do and that’s speak up. Don’t wait for it to escalate.”

If a class of eight- and nine-year-olds can take this to heart and apply it, we, the students of Dunbar, should be able to do the same.