Students Celebrate Culture from Around the World 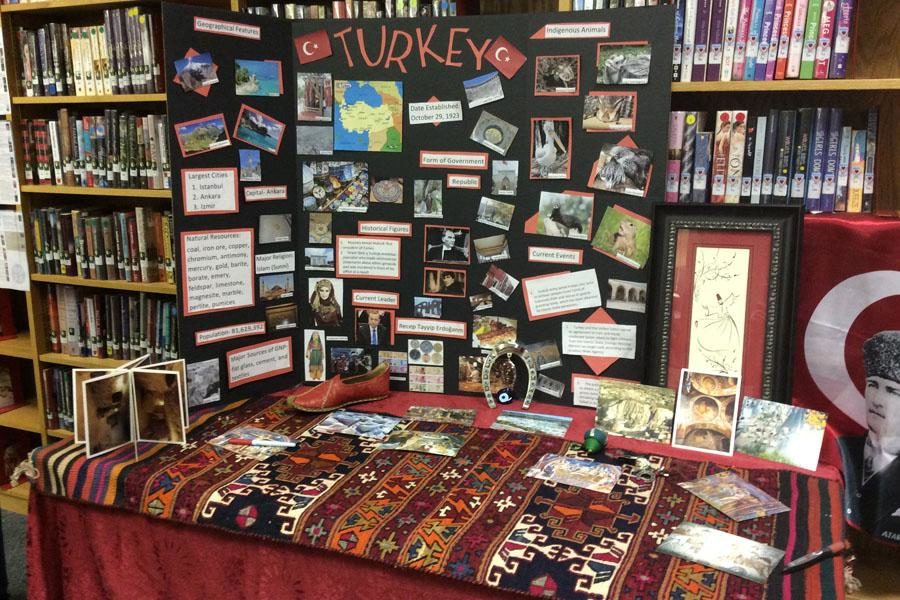 The Dunbar Culture Fair has been a Dunbar tradition since 2002. Although the fair was held this year from March 25-26, students in the Dunbar Cultural Society begin preparing for the fair in January. Club members represent different countries, and talk about their respective countries to various social studies classes that come. While students walk around from country to country and continent to continent, there is a food area open as well, stocked with food from around the world.

For the second half of each block, club members put on a variety of performances from different cultures. These included dances from China, Korea, Zimbabwe, the Democratic Republic of the Congo, and Israel, as well as an Arabic poem, a musical instrument from China, and more.

A group of club members dance to Muchongoyo. This dance was voted Best Performance by the participants.

Sophomore Dennis Mashindi said, “Our dance was composed of a traditional warrior dance originated in Zimbabwe.”

Sophomore Emily Liu plays Auld Lang Syne on the ocarina, which originated from China. While not a Chinese song, Auld Lang Syne is played to represent new beginnings and endings.

With around 15 minutes left at the end of every block, club members and outside classes participate together in Dunbar Culture Fair’s traditional Isreali club dance.

“I hope they leave with an appreciation for people that have a different background than them,” said Mrs. Paula Aseltyne, a teacher sponsors of the club. “It would be nice if people would recognize that what’s different and unique is a wonderful thing, not bad.”