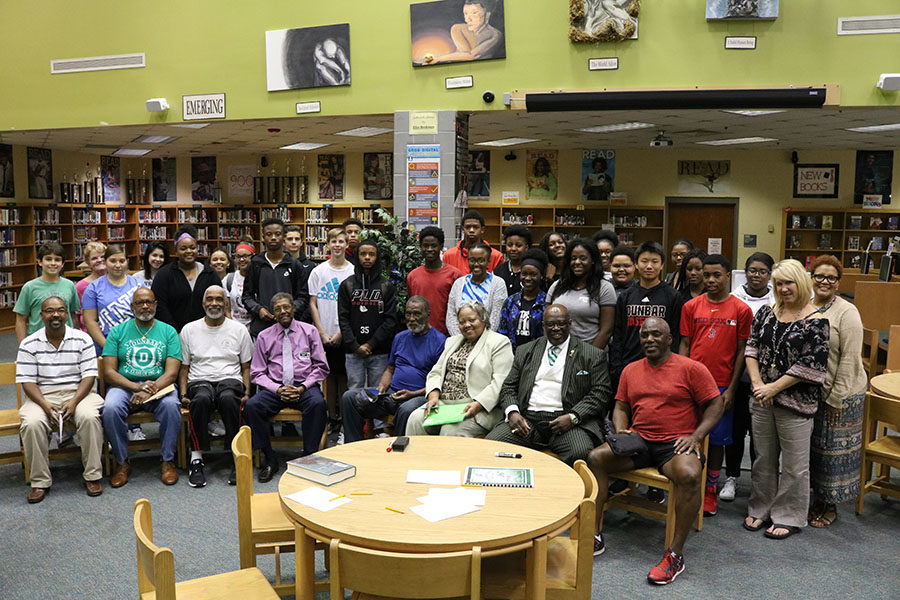 In the era of segregated schools, Dunbar High School  was known as one of the main cornerstones of Lexington’s black community. Fayette County schools did not integrate until 1967, and that’s when the building was torn down leaving only an annex that still stands.

Seven alumni of the original Paul Laurence Dunbar High School came to speak to current students in the Leaders in the Making club. All seven alumni shared their experiences as high school students, and gave advice to attendees.

“It all starts with discipline,” said Mr. Richard Green, a Dunbar alumni who played basketball for the school. “If you have no discipline, you have no chance…period.”

Mr. Green not only graduated from Dunbar, he was also a Dunbar mathematics teacher. He emphasized that students should continue to build their knowledge with a strong foundation.

“If you don’t know basic math like multiplication, division, addition, subtraction and how to do math with decimals, whole numbers, and fractions, how are you supposed to be able to do trig, calculus and algebra? A tree is only as strong as its roots,” he said.

The event appeared to impact the students who attended.

“I’ve been to many of these alumni meetings, and every time it has a different effect,” said junior Pearl Robinson. “This time, it gave me a sense of that time period, and it opened my eyes a lot.”