A new app aimed towards teenagers to prevent opioid addiction. 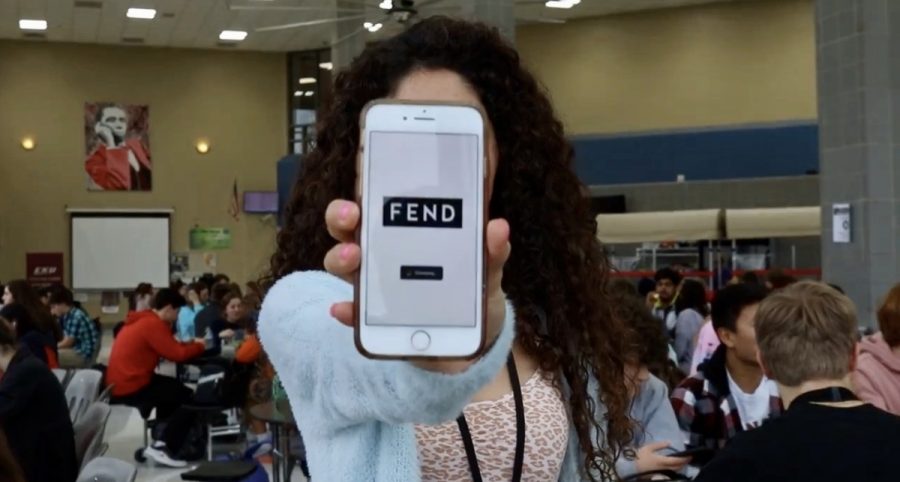 Mayor Linda Gorton has created an initiative by using the FEND (Full Energy No Drugs) app and is being used to combat the frightening opioid epidemic. This app combines learning activities, videos, and rewards to educate downloaders on drugs, specifically opioids.

Each activity can take up to 10 minutes to complete. Rewards range from $5 gift cards to concert tickets and even scholarships for selected seniors. The mayor has adopted the goal of having 100 students at each middle and high school in Fayette County download FEND in hopes of contributing to the awareness and fight against the opioid epidemic.

According to Lamplighter’s social media poll, Dunbar is roughly 90 downloads away from reaching the goal.

“FEND is important because it meets young people where they are,” FEND Community Coordinator, Mr. Devine Carama said. “Most young people are dependent on their phones, so to have something that can educate them on opioid use … on a device that they already have … is a positive thing.”

The app is free to download on Apple and Google Play stores. Students who have used it say that it is valuable.

“The app is very cool; it gives me quality rewards for short but informing lessons,” sophomore Vanessa Alonso said. “It is based on a point system, and the more lessons are done, the more points you get. After the first lesson, I earned a $5 gift card.”

According to Mr. Carama, the app uses real-life scenarios such as marijuana-laced with fatal opioids and other information to educate users.

The need for an educational app like this is apparent because, in recent years, opioid addictions have been on the rise creating a nationwide opioid epidemic. According to the National Institute on Drug Abuse, in 2017 Kentucky’s average number of opioid-involved deaths was nearly double the national average.

“Heroin was introduced by the Bayer company in 1889 … in order to provide long term pain relief to people,” Dunbar AP Psychology teacher Mrs. Allison Roberts said. “[Eventually], in the United States, it was made illegally during the 1920s. Today, most opioids in the US are synthetic.”

Opioids can be both injectables and prescribed pills.

“[Opioid addiction] can impact anyone, despite their background. Making it very important that you ask before you are prescribed… ‘Is this [drug] addictive?’” Dunbar behavioral coach Dr. Caryn Huber said.

The reason opioids are so addictive is that “opioids produce a sense of euphoria that affects the brain’s ability to produce dopamine, the neurotransmitter that is in charge of pleasure and pain,” Mrs. Roberts said.