Lockers at Dunbar a Waste of Space 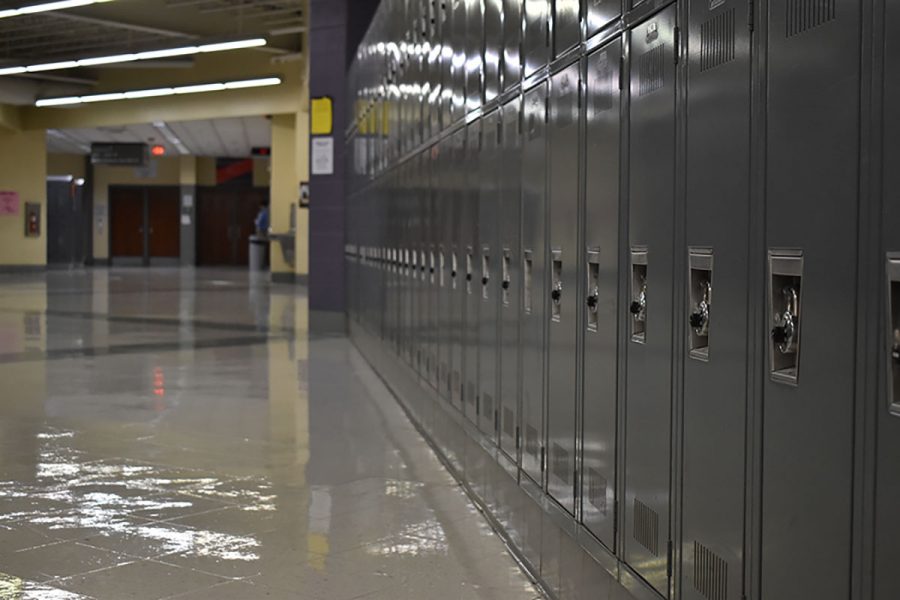 Statistics indicate that only 10% of the school's lockers have been purchased.

No, not the students–the lockers.

Lockers are such a quintessential element of our mental image of schools that we almost never stop to notice their existence. But that ubiquity leads us to ignore an interesting question: is anybody even using them?

Personally, I use a locker. I open it every two days to remove its sole content: my physics textbook. However, it appears that no one else really does. I rarely, if ever, see someone opening their locker beside me. In fact, it seemed to me that the locker blocks were used more as a semi-secluded place to meet up with one’s significant other than as a useful storage space.

Still, this was only a suspicion. I needed hard facts, so I went to the administration to talk with secretaries Mrs. Kathy Ginn and Mrs. Keri Tucker, who are in charge of selling lockers to students.

Mrs. Tucker estimated that there are “around 1500” lockers in the school building. One map of the school shows lockers numbering in the 1800s, although Tucker suspected that some numbers are skipped.

It was not always this way.

“When I first came, teachers assigned the lockers. They would assign two students to each locker,” Mrs. Ginn said. When that system was in place, “it seemed like a whole lot more kids” used the lockers on a regular basis.

But things have changed.

At this point, she said that lockers “only really sell to ninth graders.”

There are a few exceptions to this pattern. Mrs. Ginn estimated that around 20 lockers are used by special education students. Additionally, the MSTC program has its own locker block controlled by MSTC coordinator Mrs. Karen Young.

Mrs. Young said that MSTC students have bought 33 lockers so far this year out of the almost 100 in the block. A few more purchases will likely occur during the winter when people need a place to store their coats. This is a significantly higher rate than the general student body: around one in three lockers are used by MSTC students versus one in 10 for the rest of the school population.

This could be for a few possible reasons: with zero hour, “MSTC students are juggling more classes,” Mrs. Young said. Furthermore, “MSTC students tend to be involved in a lot of extracurricular activities. A lot of them want to have a locker so they can safely store practice equipment or their books after school.”

Still, no matter how you view it, a vast majority of Dunbar’s lockers, including in the MSTC block, currently serve no purpose. Even a generous estimate suggests that no more than 200 of Dunbar’s 1500 lockers are in use.

There is no clear solution to this dilemma. In fact, it’s not clear that this is even a dilemma at all. Other than taking up space in the hallways (which is unlikely to change any time soon), it’s not as if the lockers present a significant problem.

But it seems odd that Dunbar’s lockers, objects portrayed as a fixture of student life in any teen movie or show, should be so empty.

What to do with these metal monoliths? Turn them into art projects? Use them as a set of very small and inconvenient custodial closets? Ignore their existence and move on with our daily lives? Who’s to say?

I just know one thing for sure: I use a locker, but you probably don’t.