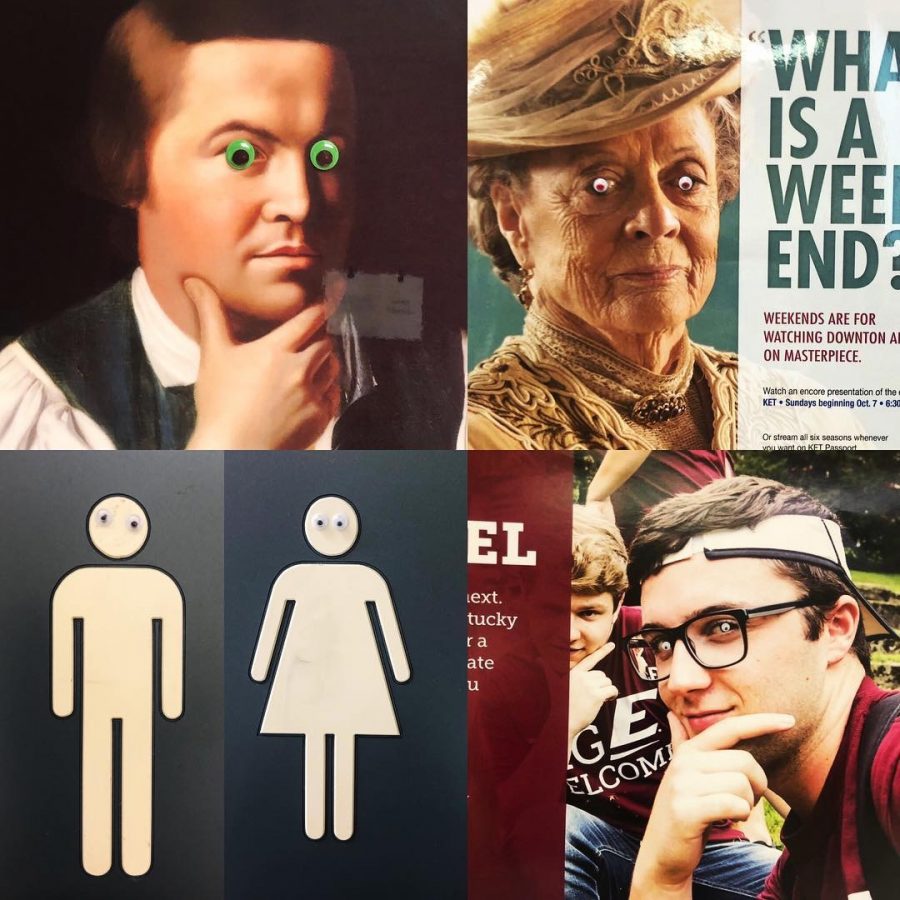 Examples of the work of the Googly Eyed Bandit at Dunbar.

At Dunbar, students and teachers have been noticing a new trend. Someone, and no one knows who, is putting googly eyes on posters, pictures, and even objects.

“I don’t know who is doing it,” social studies teacher Mrs. Sharessa Crovo said. “But a little fun thing like doesn’t seem like a problem.”

Students have found the stick on eyes on door handles, locks, and other objects to make it look like funny faces.

“The stick-on’s don’t hurt the items, and they are pretty cute,” sophomore Jessica Smith said. “It’s fun to open a door when it looks like a face.”

Since the end of the year is normally “prank season” in high schools, so in comparison, this stunt seems pretty tame. Custodians have left the eyes up, especially on disposable posters, so it doesn’t seem to be causing any harm.

“At least this isn’t hurting anyone or damaging the building. And if it brightens someone’s day, that’s even better,” freshman Justin Sills said. “This is a high-stress time of year, so a little comic relief is nice.”

And Dunbar staff and students seem to enjoy it. Many posted pictures on their Instagram accounts documenting the different places around the building where the eyes suddenly started appearing.

“This made my day,” English teacher Ms. Sidney Durham said, referring to a pair of googly eyes on a model in a prom poster. “It just looks so ridiculous.”

The eyes have appeared in all parts of the building including hallways, restrooms, classroom doors, and the library.

So, Googly-Eyed Bandit, keep up the good work. You’re making Dunbar weirder, but also a little more cheerful, and we’re here for it.