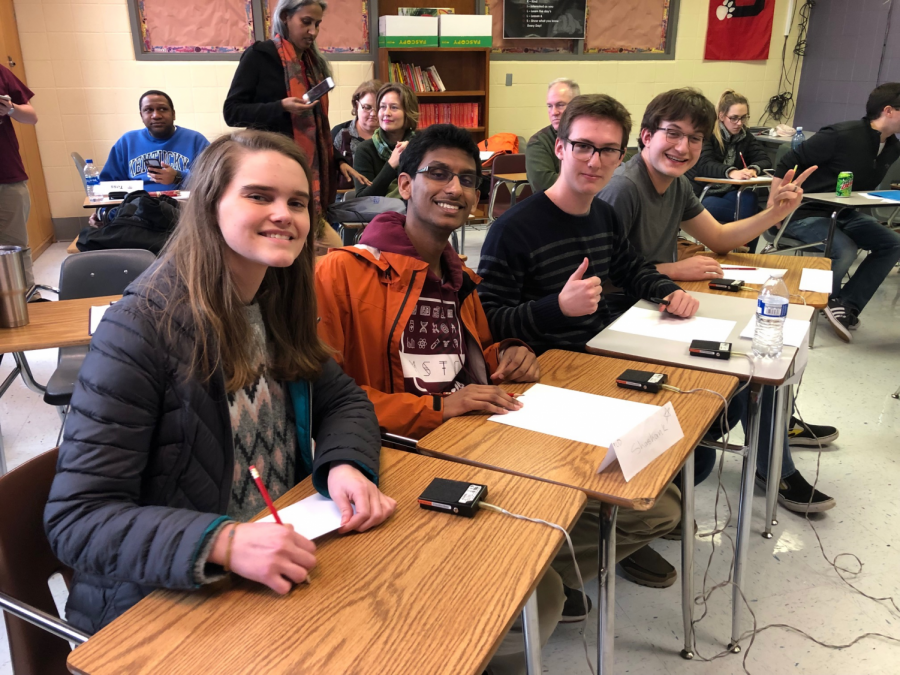 Dunbar has a rich history of succeeding in athletically, artistically, and academically winning regionally, state-wide, and nationally. Dunbar now has another exciting accomplishment to add to its resume: Dunbar’s academic team recently won a tournament placing them first in the nation.

The tournament that they placed first in was an online tournament called 3-2-1 Q Unlimited tournament is an online tournament that allows high schools to compete from all over the nation, making it extremely competitive. Dunbar placed first in the competition out of 174 other schools. The rule of the game is you answer questions and gain points through accuracy and speed. You get three clues to answer the question, however, you get the most points by answering after the first clue. Attacking these questions can be challenging and in a wide variety of topics that can be asked it is very hard to know everything.

Senior Angus Muske, team captain, said that teamwork is key to the team’s success and how one player on the team usually master one type of subject and is there go-to guy for answering it. This requires a great deal of trust on their teammates and as result requires a large time commitment. The academic team practices twice a week for an hour and a half along with a majority of team members studying specific subjects on their own for on average two to three hours a week.

The academic team’s season is practically year around with multiple quiz bowl tournaments popping up all the time. The overarching goal this season is focused on competing well in more National tournaments such as HSNCT and PACE in late May and early June. In the coming months, they have more tournaments such as Governor’s cup, where they hope to place first. Angus what his favorite aspect of the academic team is the strategy and hard work that is required to succeed on a national scale. As the higher levels players reach, the more complex factors get involved and the minute details are what makes a team great. Dunbar wishes the best of luck to our team in the coming months.