Dunbar's prom will be held on April 22 from 8 p.m. to midnight at the Carrick House. 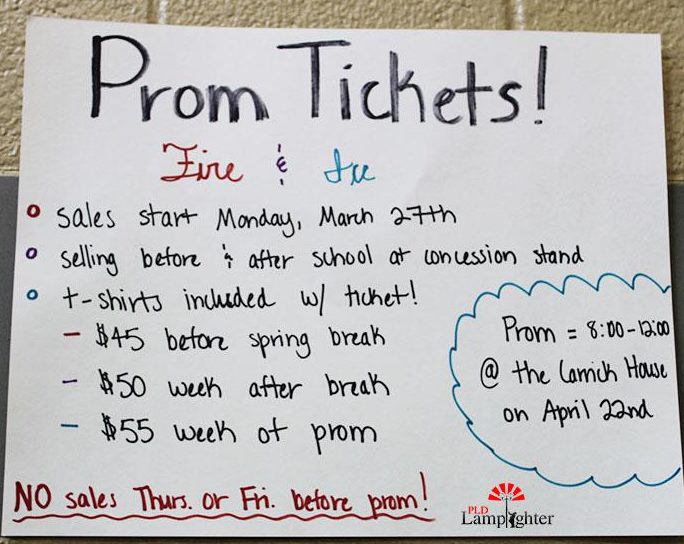 Here is what you need to know to make the most of this year’s prom:
New Venue
Dunbar’s prom has been held in the school gym in past years, but this year, the prom steering committee, led by junior class sponsors, chose to move the prom venue downtown to the Carrick House.

“I’m super happy that prom got moved off campus,” said junior Rachel Wagers, who is the head of the prom steering committee. “The Carrick House is beautiful, and it’s actually a lot cheaper to have it there.”
Parking
One of the drawbacks to having prom downtown, though, is parking. Because it is extremely limited at the Carrick House, additional parking locations at LTMS and Sayre have been made available for prom night. Students are instructed to fill the lot at LTMS first.

Security guards have been hired to monitor those two lots.

“Please stick to the designated parking places because they will be the only venues monitored, and we want to make sure everyone has a safe night.”

Mrs. Thurston recommends students to carpool to prom if possible.
Ticket Sales
Tickets for prom are now on sale. They will be sold before and after school at the concession stand in the gym foyer through April 19. Tickets are $50, but starting on April 17 the price goes up to $55. The price includes a ticket and a commemorative T-shirt.

If a student is interested in bringing a guest from another school or a student not in the 11th or 12th grade from Dunbar, a guest form will need to be filled out, turned in and approved. They are available in the front office.
Fundraising
The Prom Steering Committee has held many fundraisers to support the event including Dunbar’s first “tape a teacher to the wall” fundraiser, orchestrated by junior Mackenzie McConnell who leads the Prom Steering Committee with Wagers.

“My dad is a principal, and he did it at his school,” said McConnell. “I thought it would be a really cool thing to bring to Dunbar that people would really enjoy. Plus, it would be an easy way to get money for prom.”

On March 27, math teacher Mr. Jason Reed willingly stood against the cafeteria wall on chair for first through fifth lunches. Students then paid $1 for a piece of duct tape to tape him to the wall.

“It was oddly comfortable, like you were being swaddled like a baby,” said Mr. Reed. “It was nice to support a good cause, and I would do it again.”

So many people participated that the chair was able to be taken away, leaving Mr. Reed hanging stuck against the wall with a big grin on his face.

“It was great because Mr. Reed is such a fun person, and it was really fun to tape him to the wall,” said junior Wesley Elliott.