What’s Up With Chipotle?

From burritos to tacos to chips and salsa, Chipotle Mexican Grill has it all. There are a lot of rumors flying around about food poisoning, and it is time to get the facts about what is going on with Chipotle. 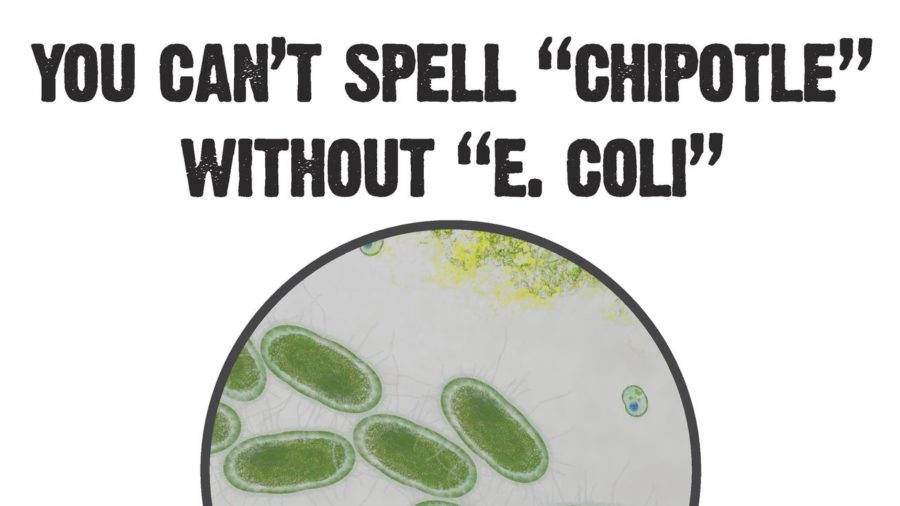 It all started in August 2015, when a norovirus outbreak occurred at a branch in Simi Valley, California. This was followed by E. coli outbreaks in October and November in Washington and Colorado and another norovirus outbreak in early December that infected 120 students at Boston College. In late December the Center for Disease Control and Prevention began investigating five more cases in Kansas, Oklahoma and North Dakota. 50 restaurants have been closed, and sales dropped 14.6% in the fourth quarter of 2015.

The fact that cases are breaking out all over the country is concerning. With outbreaks in the Midwest, Pacific Northwest, New England and Southwest areas, customers are leery of the popular food chain. One such customer is Dunbar sophomore Laura Radulescu who said “I like it, but not that much.”

Chipotle has been taking steps since the first outbreak in an attempt to fix this growing problem. They have discarded all food in closed restaurants, tested food and equipment, made changes to cooking methods and are working closely with health officials to put an end to the issue. Find out more about what Chipotle is doing here.

Despite Chipotle’s attempts to make their food safer, the company is now receiving a subpoena from the grand jury regarding a criminal investigation on the norovirus outbreaks. Unlike most cases, authorities are focusing on restaurants rather than food distributors, suggesting that Chipotle itself is the problem.

In addition to a large dip in sales, Chipotle’s stock (CMG) has dropped 45% since it reached an all-time high in 2015 according to Fortune. Some say now would be a good time to buy stock with prices so low, but with the recent subpoena, that may not be the best idea. Sales can be expected to drop quite a bit in the near future.

Things may seem tough now, but history of food-borne illness favors Chipotle. Taco Bell, Kentucky Fried Chicken and McDonald’s have all been hit by food poisoning scares over the past decade, but all three bounced back and remain staples in the American food industry today.

Even though outbreaks have occurred all over the country, one has yet to occur in the southeast so many in Kentucky are still visiting Chipotle. Sophomore Shelby McCubbin agrees.

Although she does not eat there very often, she said she would still be willing to eat at Chipotle. Her friend and fellow Dunbar student Ryan Landry disagrees. “That’s disgusting, just eat at Qdoba.”

Whether or not Chipotle joins the group of rebound restaurants is unclear and with approximately 1,900 similar restaurants popping up across the country according to the San Francisco Gate, it will not be easy. But where there is a will, there is a way and with time Chipotle can be restored to its former glory.