Plastics are an epidemic threatening the health of our planet. People should opt for more environmentally safe products. 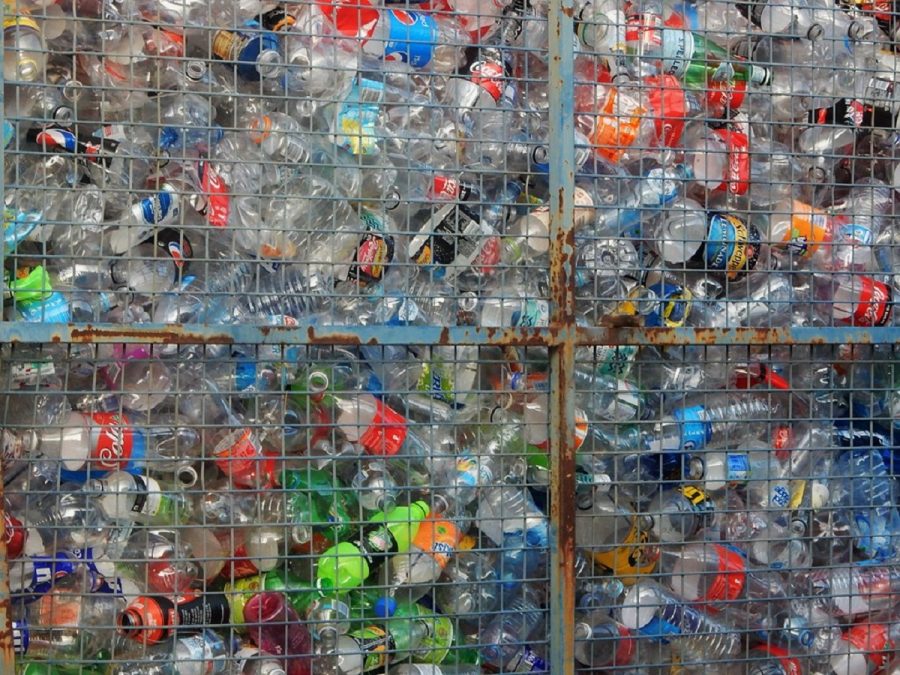 A majority of the plastic produced by humans ends up as litter or can be found in a landfill. According to Environmental Health News, plastic humans rely on can have detrimental health effects. Chemicals are often added to these plastics that are harmful to people. Some of these chemicals have been found to cause a change in hormones.

Even though plastics have an immense amount of negative impacts, they are still constantly used by consumers. The reason for this is the cost. Plastic production is usually cheap for companies. It is developed from crude oil, which means as the price of oil decreases, the cost for manufacturing does as well. Due to low fabrication prices, plastic can be found in almost anything.

In the hopes of making a dent in the plastic problem, major corporations are attempting to reform.

The Evian water bottle company announced that by 2025, their waters will be sold in 100% recycled plastic bottles.

Companies such as McDonald’s, Starbucks, and Norweigan Cruise Line Holdings have moved or are moving away from the use of plastic straws.

Many organizations are implementing drastic changes that contribute to a decline in the amount of plastic output. Students at Dunbar can take part in the environmental movement through simple lifestyle modifications.

Teenagers can administer any of the four following changes that not only benefit the environment but also save money in the long run.

The next step towards action is eliminating the use of plastic straws in daily life. It is estimated that an average of  500 million plastic straws is used by Americans each day. Straws are not heavy enough to be processed through a mechanical recycling sorter.

This leads to a majority of plastic straws being disposed of as garbage and ending up in oceans. Once in the marine ecosystem, straws break down into microplastics which are detrimental to marine life. They block animals’ digestive tracts, cause a change in feeding behaviors, and affect their desire to eat. When eating at a restaurant requesting “No straw” while ordering a drink will significantly decrease the amount of plastic entering the environment.

Daily, 100 million plastic utensils are used in the United States. The Ocean Conservancy Threat Rank Report categorizes plastic cutlery as one of the most deadly articles of trash for marine life. Disposable forks, knives, and spoons are commonly mistaken as food to ocean animals such as birds, seals, and turtles. A way to prevent sea life from ingesting these harmful items is reusable utensils from home.

Almost every American household possesses a set of metal cutlery. Bringing a fork, knife, or spoon from this set could not only potentially save an animals life, but save money that would initially be spent on plasticware.

Plastic bags are used in grocery, convenience, and clothing stores, as well as restaurants and gas stations. It is estimated that around 100 billion plastic bags are used by Americans annually. Of these, only about one percent are recycled, leaving the rest as litter or disposed into landfills. Littered plastic bags pose a significant danger to human health and safety.

During the monsoon season in Bangladesh, plastic bags have played a major role in events of flooding. They cause a blockage in the city’s drainage system, resulting in an overflow of water.

Plastic bags are commonly mistaken by oceanic life as food. Around one-third of the 114 marine species found to have ingested microplastics end up being consumed by humans. The plastics ingested by these sea animals present threats such as internal injury, choking, entanglement, and starvation. These plastics contain some chemicals that interfere with hormone function and others that disrupt brain development.

The way to prevent the issues caused by plastic bags is simple: purchase reusable grocery bags. Reusable bags save money and resources. Plastic bags are made from crude oils. It takes approximately 14 plastic bags to supply enough fuel to drive one mile. By eliminating the use of these oils to create plastic bags, millions of barrels in oil will be saved every year.

Plastics are heavily relied on in the daily life of human society and can be found in almost anything. However, plastics contain chemicals that have the power to significantly impact human and animal health. Realizing this issue, major cities and corporations are moving away from their reliance on plastics, and Dunbar students can do the same.

By using reusable water bottles, cutlery, and bags, and eliminating the use of plastic straws, it can be possible to stop the output of plastic that is plaguing planet Earth.