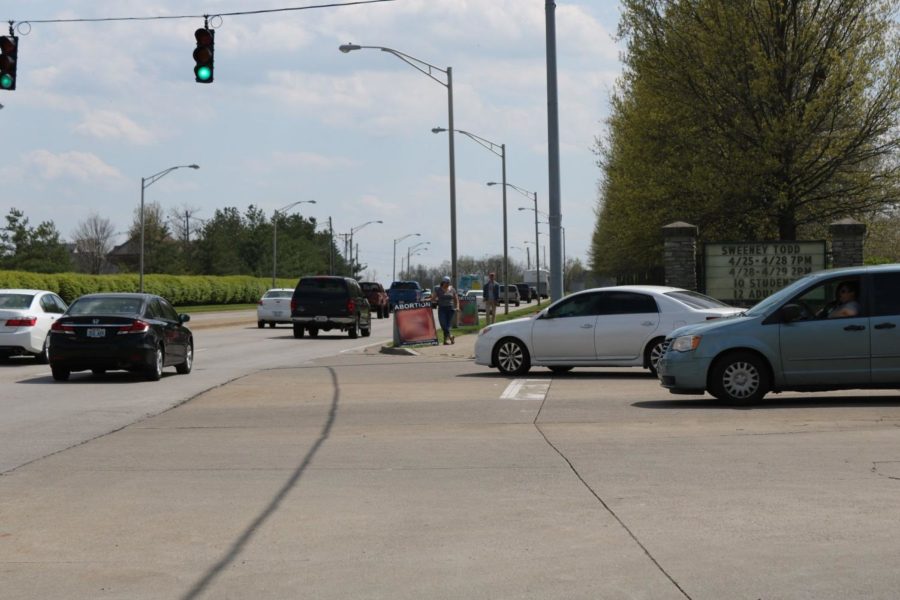 People exiting Dunbar at 3:15 p.m. on April 27 were subjected to graphic photos of aborted babies. At least six large signs were displayed at both the front and rear entrances of the parking lot. Eight people representing Created Equal, a non-profit organization based in Columbus, Ohio, were equipped with body cameras and pamphlets.

The group’s web site states that volunteers go on “Justice Rides” and do “campus outreach” to “transform students from across the nation into a family of pre-born defenders.”

The group arrived at Dunbar a little before school dismissal after spending several hours at the University of Kentucky’s Whitehall quad as part of their “Road Trip for Life” event.

22-year-old volunteer Sam Riley said that they go to places where people are most likely to see their images in order to “provoke a dialogue” with people.

“Our stance is that we think abortion is always wrong, because it’s killing an innocent human being,” said Riley, who added that his group is Christian, but is not affiliated with any specific church. 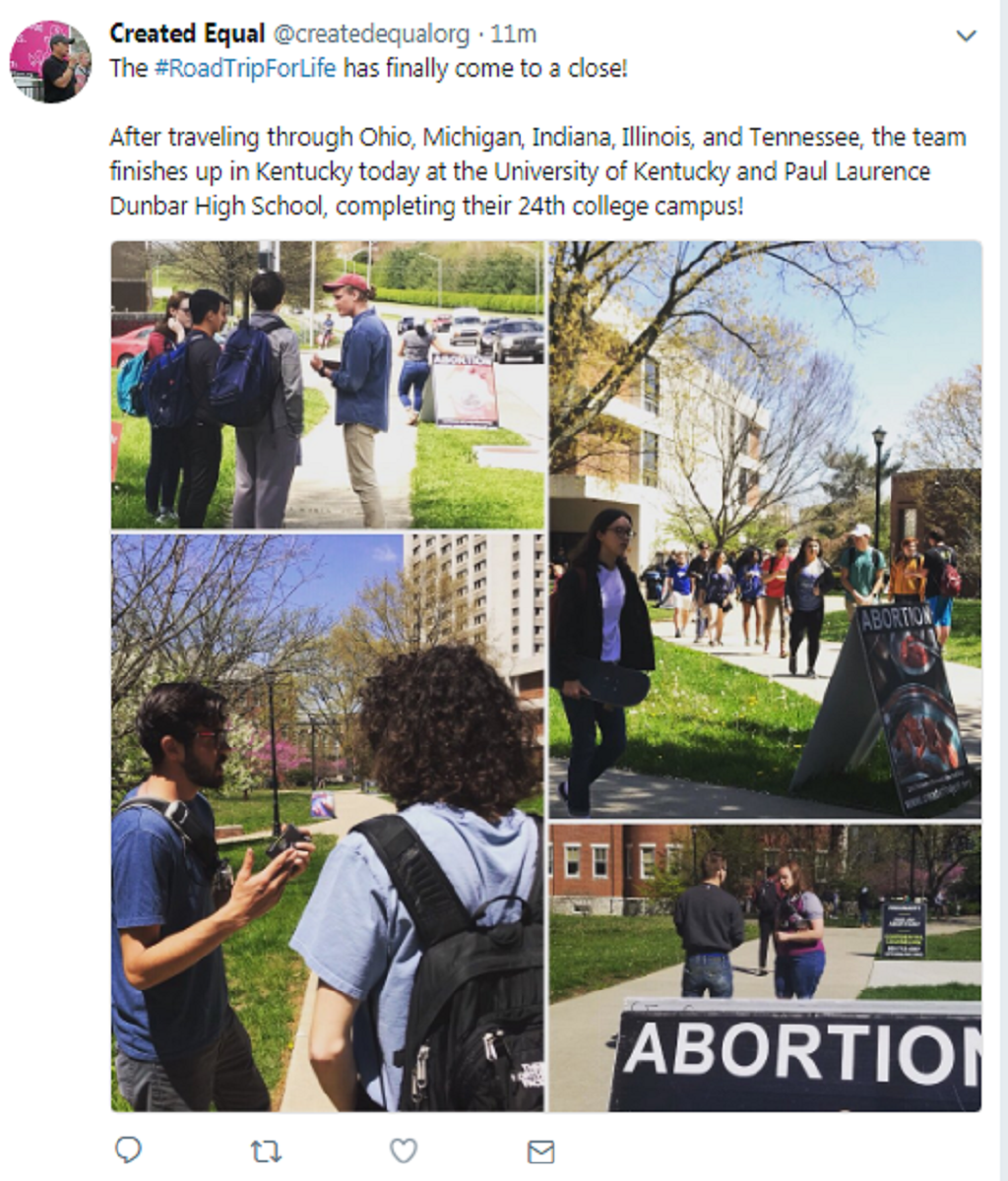 Created Equal activist, Sam Riley, is featured in the bottom left hand panel of this tweet.

A mother leaving school said that as she drove by the graphic signs, she asked her toddler to cover her eyes. “I don’t want to have to explain this to my three year old,” she said.

Riley indicated that he understands that his group’s signs featuring images of fetuses are disturbing, and that children will see them.

“We’re not here to target kids,” he said. “We know there are going to be young kids in these cars, but we’re willing to accept that as a consequence.”

He added that he first saw a picture of an aborted fetus when he was six years old. “I’m glad I saw it then,” he said. “It made me aware.”

According to Riley, his group achieved what they wanted to–awareness of their stance. The Frequently Asked Questions page on the organization’s web site stated that they choose large public high schools for maximum impact.

The group’s signs were not technically on Dunbar property, but were clearly meant to target people leaving the building. Riley said that Dunbar was not being specifically targeted, but he also said that they had no plans to go to other Lexington high schools.

“We’re allowed to set up our sign on any public easement without any permission from administrators or policemen,” he said, adding that the group had not spoken to Dunbar’s administration.

Mrs. Lyndsey Thurston, a social studies teacher, said that she felt that their display in the front of the school might make passersby think that Dunbar was responsible for the content.