The Legacy of Dunbar’s Memorial Garden 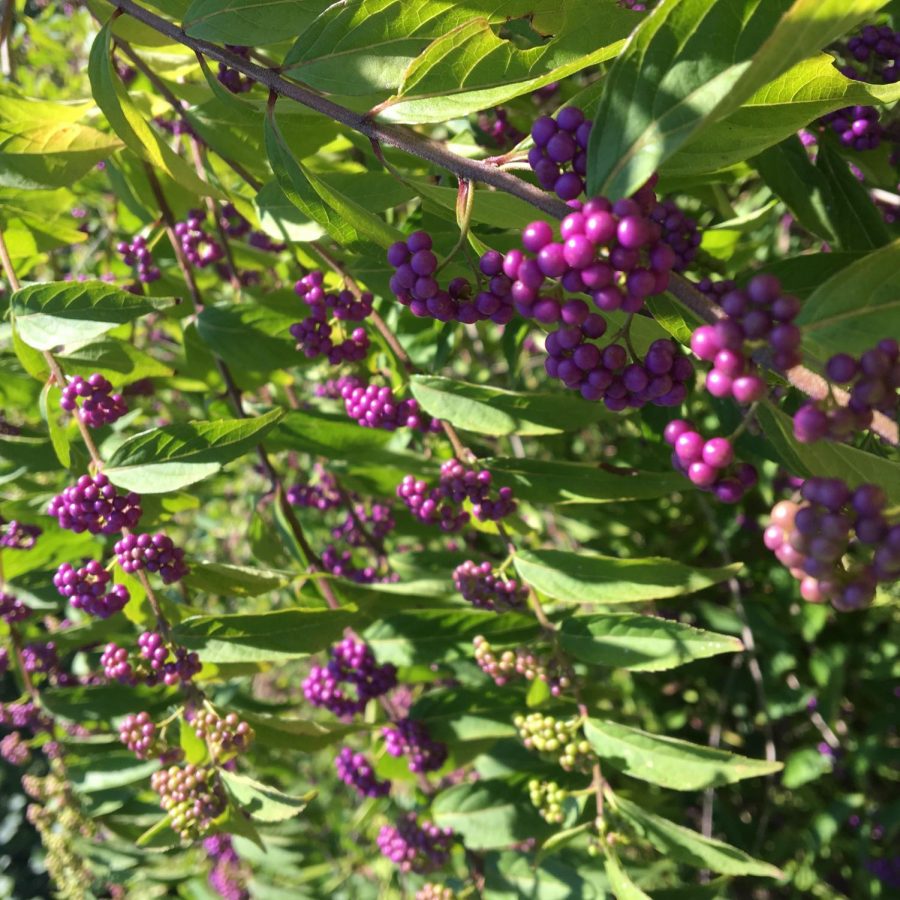 This Hannah Berry Bush was planted for Hannah Landers, a student who passed away in 2008.

The sun shines on the small, idyllic garden by the school cafeteria. Monarch butterflies lazily flutter by as birds chirp and a breeze sways the leaves. Most students don’t think much of it, but this garden has a rich history that embodies the lasting impact the students and staff make on a school building. 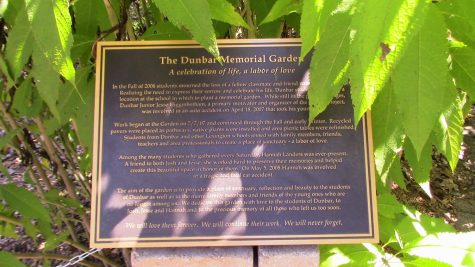 Payton CoulterThe Memorial Garden has a plaque explaining how the garden came to be and what it represents.

Josh was only a sophomore at Dunbar when he committed suicide after years of being ridiculed because of his sexual identity. He had a small friend group that included both Hannah and Jesse.

After Josh’s death, his friends started pushing for the creation of a Gay-Straight Alliance club at Dunbar to help students deal with bullying. They asked Mrs. Wendy Turner for help.

“I saw their grief, and I said ‘absolutely yes, let’s do this’ and they reached out to other GSA’s to see how to get started. We found out that we were the only high school in Lexington at that time that didn’t have an LGBT friendly club.”

After months of haggling with the administration at that time, and after a trip to the Board of Education meeting stating their case, the group was officially approved as a “school club” at Dunbar in October 2007.

Both Hannah and Jesse joined the club.

Retired technology teacher, Mr. Jim Adams, said that he wasn’t surprised that Jesse had such a variety of interests. He described Jesse as having a “spirit full of love and understanding.”

For many years, Mr. Adams led the Student Technology Leadership Program (STLP) at Dunbar and that’s how he met Jesse and Hannah.

Mr. Adams said that he had known Jesse since he was “a tiny middle schooler who had more knowledge in his little finger about technology than his teachers.”

On April 20, only six months later, Jesse died in a car crash on his way to school.

“I remember walking around to groups of kids…I put my arm around them.” Mrs. Turner said on Season 1 Episode 5 of Lamplighter’s podcast series, Torch.

One of the people that worked tirelessly on the memorial garden was Hannah Landers.

“It was like putting their hands in the dirt, painting tables, hauling pavers, and doing physical work was actually helping them deal with their grief,” Mrs. Turner said. 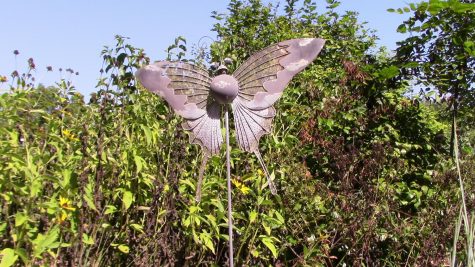 Student-created decorations and statues adorn the garden. When the garden was originally constructed, PLD art teachers helped students process their grief through art.

The garden was nearly finished when another tragedy struck.

For the last 12 years, Jesse’s dad, Mr. Jerome Higginbotham, and his mom, Rebecca Woloch, come to Dunbar to look after the garden.

Each tree in the garden honors a lost Dunbar student or staff member.  The most recent addition was the Blue Star Juniper which was dedicated to student Star Ifeacho who passed away in May of 2017.