After many action and thriller anime were released in the past season, Heaven's Design Team brings a breath of fresh air. 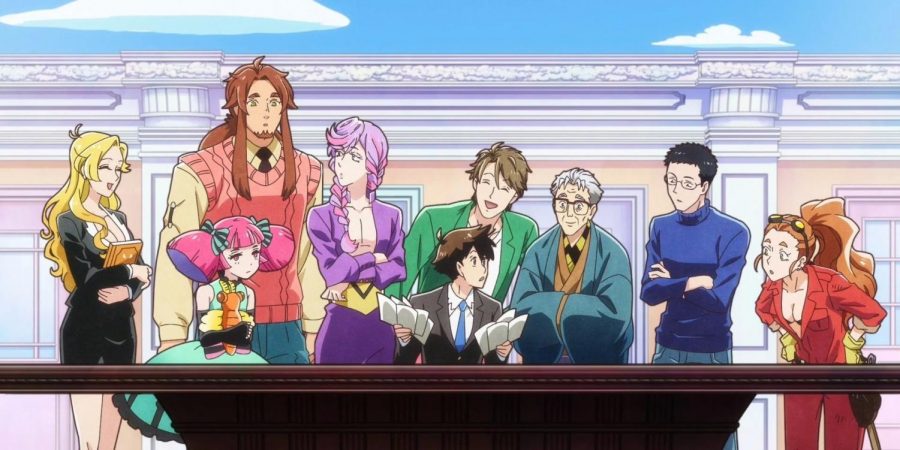 If you’re looking for a simple and light-hearted show to brighten your day, you need to look no further than the new anime release “Heaven’s Design Team.” Amidst a season filled with action and thriller anime, “Heaven’s Design Team” offers a breath of fresh air and comedy, along with some strange explanations and zoology that audiences can learn from.

The show follows a team of “designers” who are tasked by God himself to make animals. God often gives vague or strange requests, such as “something cute but not cute” or “an animal that can make gems.”

With each designer having their own unique quirks, chaos can sometimes ensue when God approves of some animals that should not be released into the world, such as the Sacculina, a parasite that appears round and infects crabs, which was quickly approved by God to the other designers’ shock. There are also fights that break out between the designers, whether it’s if birds can be designed to defend themselves against snakes or if sperm whales should be allowed to blast giant squids with ultrasonic beams.

I had been planning to get into this show when it was released and was pleasantly surprised by the amount of accurate information it provided. It bears resemblance to the popular anime that was released two years ago, “Cells at Work,” which provided both comedy and education by personifying the cells in your body. However, “Heaven’s Design Team” focuses on zoology instead of immunology and cellular biology.

In one particular episode, the team tackles the design of penguins. This results in a full-out competition between two designers to see who can make the best animal that can withstand the cold. While one team made the short-legged bird that we know today, the opposing team actually designed a bird with longer legs to include intertwining veins that would circulate blood and warm the legs. The long-legged animal ended up with the additional exposed surface area, causing the penguin to collapse from hypothermia. The short-legged penguin doesn’t collapse because it actually has long legs just tucked into its body so that it also doesn’t suffer from extreme heat loss in the cold.

There are many other zoology lessons that “Heaven’s Design Team” teaches while also providing general comedic relief for anyone who is watching. However, anyone wanting to watch the show should also keep in mind that evolution is not accurate at all in this show, for example, it explains the snake was created as being based on the horse, which is completely inaccurate from evolution. It’s definitely a good show for kids of all ages and something that can be fun to watch with the family.