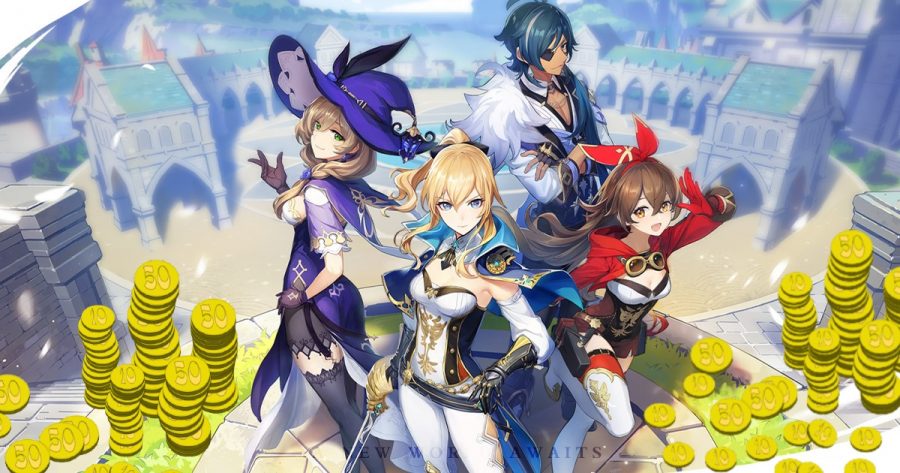 Genshin's distinct characters have added to the game's popularity.

After three years of work and development, Chinese company miHoYo finally released their fifth game: Genshin Impact. Within a week of release, Genshin Impact managed to generate $60 million dollars. As of December, Genshin Impact was not only the most popular game in China but also worldwide, as downloads continue to increase.

The game is fairly straightforward in gameplay, introducing players to a world named Teyvat where you have to complete missions and quests, along with a main storyline to follow and several enticing characters. One of the best selling points of the game is its well-designed characters, who are not only visually appealing but have specific backgrounds that players can relate to. With such a wide variety of characters, each with their own unique personalities, it’s easy to fall into somewhat of a gambling hole.

However, the gacha system also means the game uses real currency to make money off of players attempting to pull that “one five star character” to get a stronger team. Although the game is free to download, most players agree it is a pay to win game. The game makes it so that it becomes increasingly hard to resist the urge to open your wallet just to increase your chances of pulling a rare character.

Genshin Impact only continues to grow with regular updates and increasing downloads. It’s estimated that the game makes around $6 million dollars a day. Although those who think they won’t be able to resist the urge to spend actual currency on this game might want to stay away, its design and mechanics are definitely worth the time investment that others may be looking for in a fun RPG game.