The iconic singer has been snubbed for the Hall of Fame year after year. Finally, eight years after her death, she is being inducted. 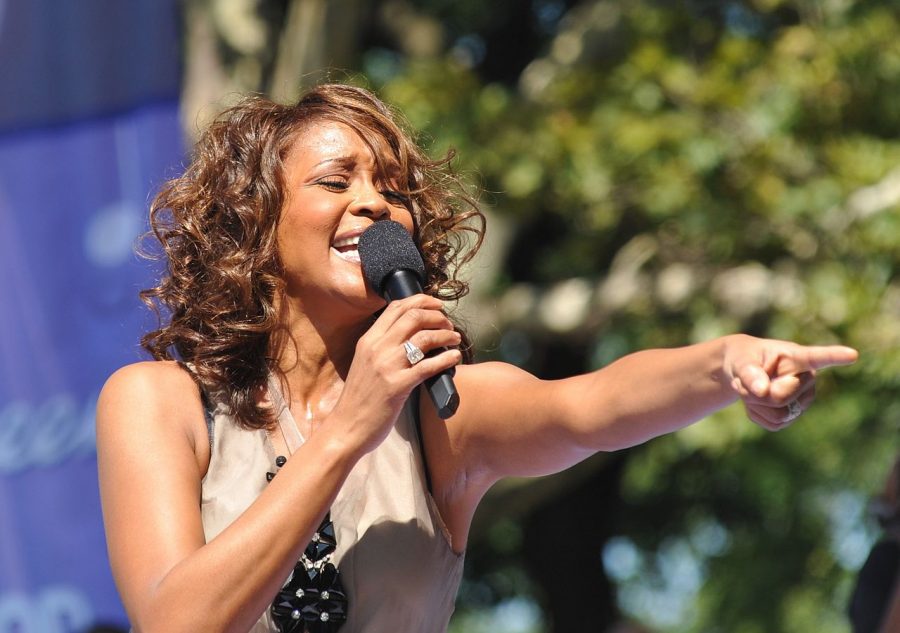 Whitney Houston was recently inducted into the Rock and Roll Hall of Fame.

Whitney Houston has been inducted into the 2020 class of Rock and Roll Hall of Fame for the category “Greatest Singer of Her Generation” along with other distinguished artists and groups such as The Doobie Brothers, T. REX and The Notorious B.I.G.

It is her most recognizable song, as many people discovered Houston through this award-winning single. In a survey of Dunbar staff and students, 40 percent of people chose “I Will Always Love You” as their favorite Whitney Houston song. “I Wanna Dance with Somebody” earned 28 percent. In third place, “I’m Every Woman,” the Houston song that Dunbar Principal Betsy Rains said was her favorite.

Houston is still popular and her music continues to be well-loved, so why did it take so long for her to be recognized in the Rock and Roll Hall of Fame? Some have conjectured that the reason for the delay was the taboo surrounding her untimely death on Feb. 11, 2012. While coronary artery disease was the initial cause of death, there may have been other factors surrounding her tragic passing. Houston is believed to have drowned in her bathtub after abusing cocaine at the Beverly Hilton Hotel in Beverly Hills just before the 2012 Grammys.

Several of Houston’s fans speculate that her cause of death was the reason for the hesitation of the committee to induct her. After Houston’s sudden passing, close friend Robyn Crawford revealed that the singer was bisexual and that fear of “being who she really” contributed to Houston’s drug abuse.

The Rock and Roll Hall of Fame induction ceremony will be held on May 2.