Get Ready for the 92nd Oscars

As the Oscars approach, there are a few things worth mentioning. 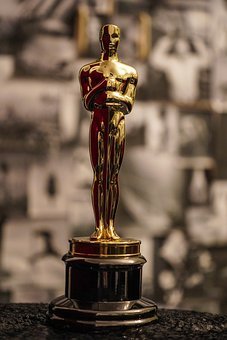 The Oscars look a little different this year.

It’s no secret that American society is obsessed with celebrities and pop-culture. Now with the Oscars fast approaching, we can see which among them stand out above the rest.

Every year we look forward to seeing our favorite actors and actresses all gathered and looking fabulous for the occasion. I am particularly excited about Keanu Reeves being one of the presenters this year as well as Billie Eilish performing.

Believe it or not, this glamorous event has been around since 1929. Movies have actually been around since 1888 depending on what you consider to be a movie. The first full-length movie wasn’t made until 1906. The Academy History was started to benefit the film industry and award movie makers for their hard work. Over the years, they developed new ways of announcing the winners to build suspense until the sealed-envelope method used today.

The Academy has slowly added new categories to the awards in recognition of all the hard work that goes into making a film. It only took a couple of years for the awards to get so popular that the city of Los Angeles started an entire live broadcast of the event.

Something rather surprising about the awards is that, while we think of special effects to be CGI and editing, this category showed up in the awards ceremony in 1939. This was almost 40 years before the first use of CGI in a feature film. The first foreign film to be awarded an Oscar was an Italian film named “Shoe-Shine” though it would take 7 more international awards for it to become its own category.

This year we have lots of wonderful movies getting recognized for their excellence. Most notably, movies like Marriage Story, Joker, The Irishman, Once Upon A Time In Hollywood and 1917 all have quite a few nominations going for them.

Ever being awarded the Golden Globe for Best Actor, Joaquin Phoenix from Joker is the current top-contender for Best Actor in a Leading Role. He is facing off Adam Driver of Marriage Story, Antonio Banderas of Pain and Glory, Leonardo DiCaprio of Once Upon A Time In Hollywood and Jonathan Pryce of The Two Popes.

This year is particularly special because there is an international movie in the running for Best Picture as well. Among the wonderful women nominated for Best Actress in a Leading Role Cynthia Erivo of Harriet, Scarlett Johansen of Marriage Story, Charlize Theron of Bombshell, Saoirse Ronan from Little Women and Renée Zellweger in Judy.

Unfortunately, this year’s awards ceremony has not been highly anticipated by everyone, particularly those that believe there was some wrongdoing by the people who chose the nominations for Best Director.

The Academy’s critics have faced some of their own criticisms from people who are upset about the lack of female representation among the nominees as well as people of color. They believe that 2019 had several wonderfully made movies directed by women and racial minorities making it unfair that only males received nominations. We’ll see if as CNBC says, the Oscars are still a “white man’s game.”