Why ‘The Farewell’ is a Good Cultural Bridge

This movie connects the cultural difference between east and west, becoming an emotional masterpiece. 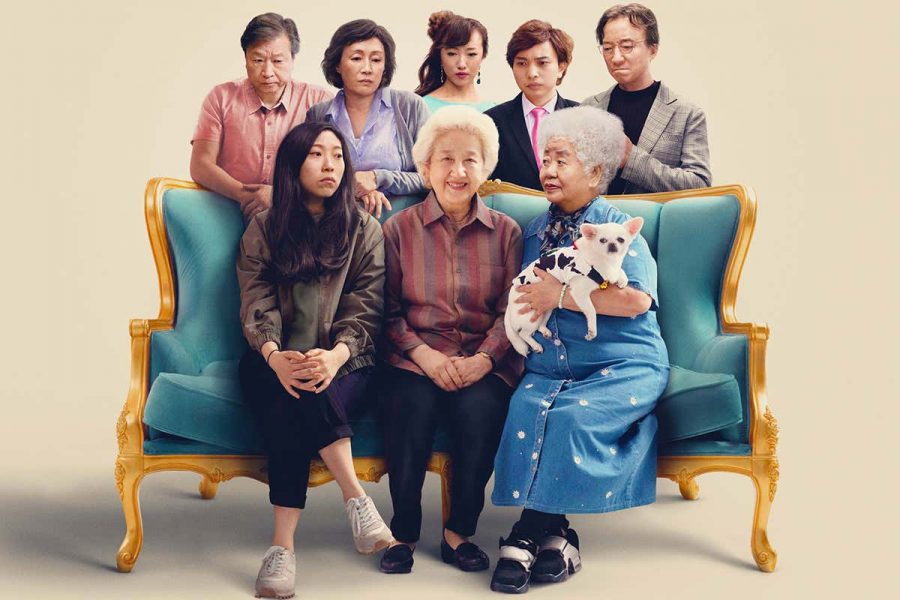 The Farewell cast, bleakly looking at the happy grandmother.

The Farewell tells the story of a girl, Billi (played by Awkwafina) whose Nai Nai (grandma in Chinese) in China is dying of lung cancer. The family has decided not to inform her grandma so she can properly live out the last few months in her life before she dies. Billi goes anyway and fakes a wedding with the rest of her family. The movie also won the Audience Favorite award at the Sundance Film Festival in June of 2019.

I planned to watch The Farewell since I saw an ad for it pop up on YouTube because a movie about a girl’s grandma dying instantly resonated with me, mainly because my grandmother and I have a very close relationship.

But I procrastinated the viewing of this movie until this past week.

I was not only pleasantly surprised by the quality of the plot, but also deeply moved just from the way the film was shot and put together. Details were examined carefully and dramatics weren’t spared, from sharp interrupted cuts to slow and somber music.

The main reason why The Farewell hit so close to home for me was its cultural relatability. Not only am I close to my grandmother, but the struggle of understanding Chinese traditions and values has followed me for the past decade.

Like Billi, I felt it was wrong not to tell her grandma she was dying.  Yet, when her mother told her their side of the argument, I felt conflicted and confused.

Questions like these don’t usually have a certain answer, yet The Farewell made it work. Billi’s confusion, concern, and love for her endearing Nai Nai was obvious and the hardships in dealing with hiding her true emotions came out well through Awkwafina’s performance.

In addition to the actors’ care in acting out each character’s pain hiding such a secret, the director would often add sudden cuts between scenes, making one moment quick and rushed, and the next solemn and sad. The immediate shift in the mood only made the movie’s message stronger.

The director, Lulu Wang, also put extreme care into including subtle moments in the movie that would be relatable for many immigrants. For example, in one scene, Billi’s mom argues with another family member about whether or not to send their kids to America where there was, supposedly “more opportunities.” Billi’s conflict of whether to stay in China with her grandma or go back to New York is central to showing her character’s values.

Overall, The Farewell is an emotional roller coaster for anyone who watches it, and ultimately, it’s a nice reminder to hold those you love close.